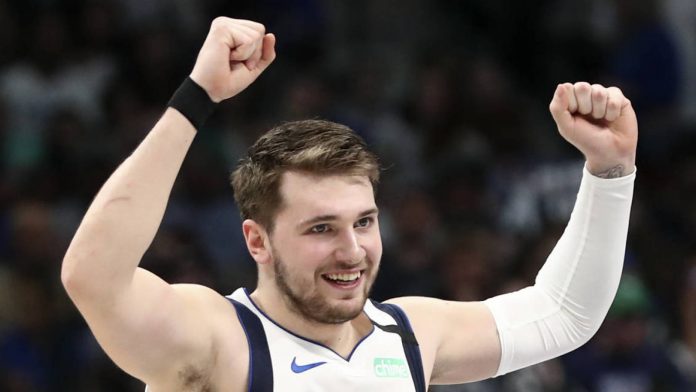 Every NBA season, a handful of young players make “The Leap,” ascending to stardom. Typically, this happens in the third, fourth or fifth season. Every so often, however, a player makes an even greater leap, at an even younger age, than his peers. Think LeBron James when he went from averaging 20.9 points, 5.9 assists and 5.5 rebounds as a rookie to 27.2 points, 7.2 assists and 7.4 rebounds in his 2004-05 sophomore season.

Well, that’s the kind of jump Dallas’ Luka Doncic has made in 2019-20, only his second season in the league. If this cursed season is actually over, let’s take a few minutes to appreciate what the 21-year-old Slovenian prodigy has accomplished, analyze areas for improvement and project his career arc.

Doncic and the Mavericks (40-27) may never get to finish their exciting 2019-20 season, but that’s almost irrelevant in the context of his ascension to greatness. Doncic has zipped past the “future All-Star” designation and into the “future MVP” discussion. In fact, had he not suffered ankle injuries that caused him to miss 11 games, the NBA’s MVP race might very well be a three-man race among Giannis, LeBron and Luka. (Doncic should run away with the Most Improved Player award.)

It wasn’t just an increase in usage that brought about his ascension, though. He became a more efficient overall player this season. He got to the basket more easily, and more frequently, than during his rookie season. Doncic has already made 251 shots inside five feet of the basket, shooting 69.3 percent in doing so. In 72 games last season, he made 198 field goals within five feet, shooting 58.8 percent. Doncic also came to camp a much stronger player. He has used that greater strength to get to the line more, increasing his free throw attempts per game from 6.7 to 9.1.

And while some might argue that Doncic gets an artificial stat boost because the Mavericks run their offense through him, those detractors are not seeing the entire picture. Yes, Doncic has the league’s second-highest usage rate (37 percent). However, he’s the orchestrator of the highest-rated offense in NBA history. That’s right, the Mavericks are averaging 116.7 per 100 possessions, edging the 2018-19 Warriors (115.9), 1986-87 Showtime Lakers (115.6) and 2016-17 Warriors (115.6) as the most efficient offense ever. This feat is all the more astonishing when you consider that the Mavericks’ second and third options on offense are Kristaps Porzingis (19.2 ppg.) and Tim Hardaway Jr. (15.8 ppg.). Compare that to the second and third options on the aforementioned Warriors and Lakers teams.