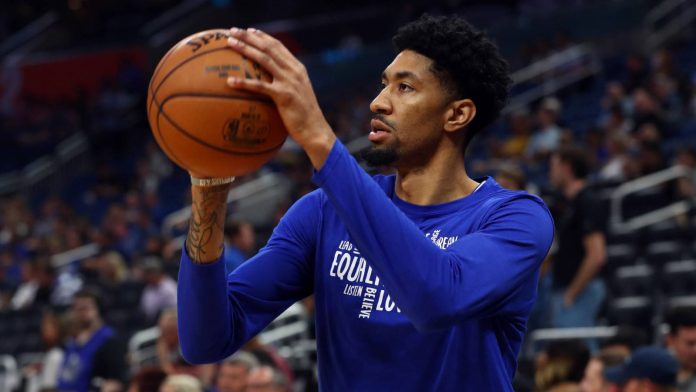 The first step to solving any problem is identifying that there is, in fact, a problem. The Detroit Pistons recognized their roster was not set up for long-term success and attempted to remedy the situation in February by trading away their franchise mainstay, Andre Drummond, which signaled the beginning of a rebuild. The initial reaction around the league after the Pistons traded Drummond to the Cleveland Cavaliers for Brandon Knight, John Henson, and a second-round draft was one of bewilderment.

There was no confusion as to why the Pistons would trade Drummond; in his first seven seasons with the Pistons, the team never advanced past the first round of the playoffs. The puzzling part of the trade was that on the open market, the two-time All-Star, and three-time rebounding champion, was worth no more than a single second-round pick and two journeymen veterans on contracts that made the finances of the deal work.

Drummond’s lack of trade value furthers the ideology of the limited impact that a traditional paint-bound center can have in the modern NBA. Post-up, rebounding centers, like Drummond, were once thought of as the necessary ingredient in any championship recipe. 2,495 3-pointers later, Chef Curry has cooked up a new recipe for success. The analytics approach to basketball has led to more spacing and, subsequently, more 3-point shots. The Pistons recognized that they would never become an elite offense with Drummond as their fulcrum.

Trading Drummond not only represented a stylistic overhaul for the Pistons but also conveyed their willingness to escape the self-induced purgatory they have been stuck in for the entirety of the Drummond era. By trading Drummond, the Pistons ensured that he could not pick up his player option this summer, worth approximately $28 million. But the trade was not solely predicated on finances, as it was not long ago when the Pistons believed that they could construct a contending roster around Drummond.

To properly understand why the Pistons were willing to part with Drummond for such an insignificant return, it is paramount to examine the 2018 blockbuster trade in which the Pistons acquired Blake Griffin from the Los Angeles Clippers.

From 2015 to 2019, the Pistons were the epitome of an average basketball team. During that time, Detroit sandwiched a tenth-place finish in the Eastern Conference in 2016-17, and a ninth-place finish in 2017-18, with a pair of eighth-place finishes. Unable to break out of the NBA’s middle class and lure superstar talent through free agency, the Pistons turned to the trade market in 2018 with hopes of upgrading their roster. In January 2018, they pulled the trigger on a trade for Griffin, that they felt would elevate them into the upper echelon of the Eastern Conference. While the fit between Griffin and Drummond in the Pistons’ frontcourt was not seamless, the Pistons viewed Griffin as a beacon of hope for the future.

Griffin’s first full season with the Pistons in 2018-19 was a massive success individually. Last season, he was one of only two players in the NBA to average at least 24 points, seven rebounds and five assists per game. The other was league MVP Giannis Antetokounmpo. No longer possessing the vertical bounce to jump over KIAs, Griffin’s evolution as a player occurred due to his newfound shooting ability. Unlike other bigs that develop a catch and shoot 3-point jump shot later in their careers, Griffin’s 3-point range was so transformative for him as a player because of the way he generated looks from deep. Last year, only seven players made more pull-up threes than the 108 that Griffin knocked down. Despite Griffin’s individual accolades, the Pistons remained an average team, devoid of championship expectations. Griffin’s greatest weakness arose during the Bucks first-round sweep of the Pistons in the playoffs, as he was limited to only two of the four games due to injury.

This season Griffin appeared in just 18 games for the Pistons before he was shut down for season-ending knee surgery. During Griffin’s brief time on the court, it was evident that he wasn’t fully healthy, as he posed a career-low in points and rebounds per game, while shooting a ghastly 35.2% from the field. With Griffin on the shelf for the rest of the season, the Pistons launched themselves off the treadmill of mediocrity by trading Drummond and buying out long-time starting point guard Reggie Jackson.

With Drummond and Jackson no longer on the roster, and injuries to not only Griffin but also valuable contributors like Derrick Rose and Luke Kennard, the Pistons have endured more than their fair share of hardship this season. But for every lottery-bound team in the NBA (except maybe the Knicks), there always seems to be at least one silver lining. For the Pistons, their silver lining has been the play of Christian Wood.

While the Pistons have missed on several lottery picks over the years, signing Wood this past summer made up for some of it. The Pistons are Wood’s fifth team in only four years; however, watching him play with the Pistons makes it seem inconceivable that four other teams let him go without a contract offer.

While Drummond’s skillset is an apparent homage to that of players from past generations, Wood is the ideal big man for the pace-and-space era. Wood’s play since the Drummond trade is a perfect example of addition by subtraction. In the 13 games since Drummond’s departure, Wood averaged 22.8 points and 9.9 rebounds per game, while shooting 56.2% from the field and 40.0 percent from three. If the Pistons desired gaudy statistics, they would have simply kept Drummond. Unlike Drummond, Wood’s offensive potential projects him as a legitimate building block for the Pistons’ future.

Wood offers the perfect blend of floor spacing (through his shooting touch) and rim-running ability. A willing and capable screener, Wood averages 1.49 points per pick and roll possession as the roll man. Concocting a potent offense with Wood flanked by shooters and play-making ball-handlers is not hard to imagine. The challenging part is imaging Blake Griffin’s fit in that offense.

The Future of the Franchise

It does not seem likely that Griffin will ever be able to regain his All-NBA form from 2018-19, and the timetable for his return remains unclear. What is abundantly clear is the fact that the Pistons will have a hard time moving on from Griffin and the remaining $75 million he is owed after this season. But hope is not lost that when Griffin does return, he can still be a productive player. His game is no longer predicated on the explosion he was once known for. A front-court composed of Wood, and even a 75% version of Griffin, would likely prosper offensively. Utilizing Griffin’s ball-handling prowess in a 4-5 pick and roll with Wood would unlock limitless possibilities for the Pistons on offense.

For as dangerous as a potential Griffin/Wood pairing would be offensively, the defensive end of the court is where issues could arise. Wood possesses the defensive intangibles to at least develop into a reliable defensive player. Griffin’s track record on the defensive end indicates otherwise. Factor in the surgery that Griffin underwent on his left knee, and it seems more likely that Charles Barkley and Draymond Green end their feud before Griffin comes back as a productive defensive player.

Things are likely going to get worse in Detroit before they get better. The 2020 NBA Draft is notoriously low on star-caliber players, but the Pistons will need to capitalize on their picks to ensure they surround Wood with other blossoming young talent. But some of that growth should occur organically. Last year’s first-round selection, Sekou Doumbouya, has the look of an impact player, but at just 19 years old, he seems to be a few years away from realizing his potential. Bruce Brown, a second-round pick in 2018, has defied expectations, playing smart defense and operating as a dependable secondary playmaker.

With the NBA on hiatus, no team’s vision for the future is as clear as it was just weeks ago. The Pistons, who have been renegades in the modern NBA refusing to fall to the bottom of the pack, willing to fight it out as a fringe playoff team year after year, have finally embraced a long-overdue rebuild. When NBA action does resume, the first step forward for the Pistons is inevitably going to be a step backward.