If Abbi Jacobson’s life were a baseball game, it’d be safe to say she just hit a grand slam. This past week, the Broad City star confirmed her engagement to partner Jodi Balfour and on Friday, her deeply queer reimagining of A League of Their Own hits Prime Video.

The millennial icon, who came out as bisexual in 2018, also came of age on our screens, crafting a parallel to her own coming-out story during the final season of Broad City.

That’s a journey she’s continuing to explore, albeit in a different way, in her new take on the iconic 1992 Penny Marshall film about women’s baseball in the 1940s. The show, which Jacobson co-created with director Will Graham, similarly focuses on the players of the Rockford Peaches and the trials they face as the first all-woman baseball team in a not-so-progressive time. With husbands away fighting in World War II and the male baseball season practically nonexistent, housewives from around the nation are trying their hands at swinging the bat. The Prime Video series injects a new cast of characters into this formula, and more overtly acknowledges the athletes’ queerness.

Case in point: Jacobson’s character, Carson Shaw, begins exploring her own sexuality as she plays catcher for the Peaches, especially after developing a connection with extroverted and mysterious all-star Greta Gill (D’Arcy Carden).

“I can resonate with it because it’s very much my story,” Jacobson told Them in a Zoom interview. “I came into my sexuality super late, though you can come out even if you’re way older than I was.”

With her husband off at war, and a cross-country road trip exposing her to new ideas and ways of life, Carson finds a confidence that she’s never tapped into before — a confidence that mirrors Jacobon’s own as she embarks on this next phase of her career.

Ahead of the Prime Video premiere of A League of Their Own, Abbi Jacobson talked with Them about taking a queer approach to the source material, bringing her own identity to Carson Shaw, and growing as a writer since Broad City. 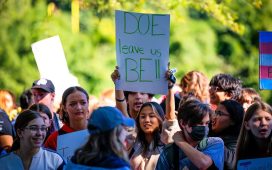 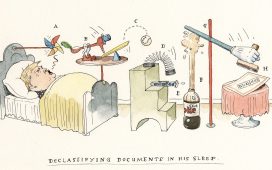 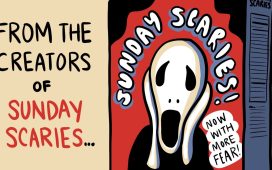