A convoy of truckers opposed to Covid-19 vaccine mandates made its way through southwestern Ontario on Thursday, as it continues its snaking journey through the heart of Canada.

The protest is being organized by Canada Unity, a group that opposes Covid-related measures.

Its leaders want prime minister Justin Trudeau and his government to drop the vaccine mandate for truckers crossing the Canada-US border and do away with other public health protections.

The Canadian federal government instituted vaccine mandates for cross-border truckers throughout the country. But as many as 32,000, or 20 per cent, of the 160,000 Canadian and American cross-border truck drivers may be taken off the roads due to the mandate, according to the Canadian Trucking Alliance (CTA).

Some high-profile vaccine-sceptics, such as Elon Musk and Joe Rogan, have praised the protesting truckers. Mr Rogan stated that Canada is “in revolt”, with the Toronto Sun claiming that up to 50,000 truckers will end up completing the journey to the capital.

By contrast, Prime Minister Trudeau has characterised the protesters as a “small fringe minority who are on the way to Ottawa who are holding unacceptable views.”

Police repeat warning that violence will be punished

As the protest in Ottawa continues, police have repeated their warning that violent demonstrators will be prosecuted.

“We welcome peaceful demonstrations,” the Ottawa Police Service tweeted on Friday evening. “Public safety is paramount – there will be consequences for persons engaging in criminal conduct, violence and/or activities promoting hate.”

As truckers in Ottawa continue to protest for “freedom,” they’ve made it clear that freedom is very, very loud.

Ottawa became one of the noisiest places on earth on Friday as an entire protest of truckers honked their horns.

Ottawa police chief Peter Sloly warned on Friday that any protester who turns violent will arrested and prosecuted.

The police chief has also said, however, that so far the protests have remained “peaceful and uneventful.”

Ottawa closes street due to protests

Ottawa officials have closed down a large stretch of Metcalfe Street, which ends at Canada’s parliament, due to the ongoing protests.

“Metcalfe closed between Queen and Wellington – demonstration,” the City of Ottawa warned residents in a tweet. “OPS directing traffic. Duration unknown. Avoid area and use other routes.”

Ottawa officials warned residents on Friday that a large area of the city, about 13 blocks in diameter, will be “impacted” by demonstrations.

“Heads up, #OttCity,” the City of Ottawa tweeted. “Demonstrations are beginning in Ottawa today and several streets in the downtown core & surrounding area will be impacted.”

Ottawa police chief Peter Sloly says the trucker protests have been “peaceful and uneventful” so far, but police are carefully monitoring the situation.

“As you all know, there is a major demonstration taking place over the next several days here in the nation’s capital,” Mr Sloly said at a briefing on Friday. “In fact, demonstrators have already started to arrive, and our officers have been managing a series of small demonstrations in the city core over the last 24 hours. So far they have been peaceful and uneventful.”

Mr Sloly added that the protests are expected to continue through the weekend and possibly into next week.

More protest trucks are rolling into Parliament Hill, Ottawa, honking noisily as crowds cheer them on.

Demonstrators welcoming the vehicles waved Canadian flags and protest signs, bearing messages like “There must be choice” and “Truck off Trudeau.”

Protesters’ trucks have begun arriving outside Canada’s parliament in Ottawa, videos from local journalists show. Crowds cheered the vehicles as they rolled in. 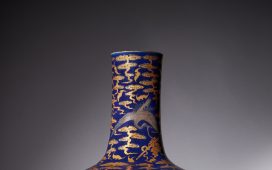 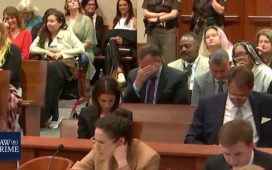 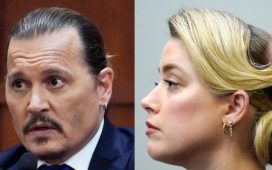 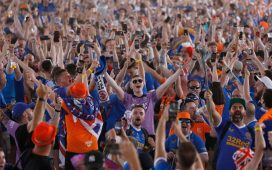 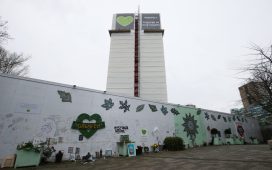 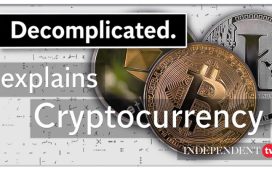