Jake DeBrusk wants out of Boston.

It was the worst-kept secret in hockey — at least until DeBrusk confirmed his intent to find a new employer himself this past week.

Only, there’s a slight problem. DeBrusk hasn’t been, uh, good this season. He hasn’t been good in a while, actually, prefacing his disappointing seven points in 19 games this season with an even-worse 2021 output of 14 in 41. At the moment, very few NHL teams are likely to line up around the block for a replacement-level winger making $3.675 million per year.

DeBrusk wasn’t always this way, though. The 25-year-old is just a few years removed from being looked at as a budding young power forward with a bright future, one who demonstrated the rare blend of offensive ability and physical prowess.

That doesn’t just go away. There’s still a good version of DeBrusk out there, it likely just needs the right environment to grow in.

Let’s take a look at five teams who could give him just that.

Everything with the Canucks is a mess right now. The team stinks, their GM should not be within five feet of a microphone, and their ownership is so profoundly inept that if I were to actually describe just how terrible they are, I’d get fired for excessive use of explicit language.

The worst part, however, is the Canucks cannot rebuild. Not with the armada of boat anchor contracts on their books for years to come, and not with young stars Elias Petersson and Quinn Hughes just entering their respective primes.

Do you think either player is going to wilfully sacrifice a few more years of their 20’s on the promise that a management group that has consistently failed to oversee multiple rebuilds over the past seven years will suddenly get it right now?

I don’t think so.

What the Canucks need are good, young pieces to complement their core. It’s their only way forward, frankly. And a player like DeBrusk, who is just 25 years old with his best days ahead of him, and already has a 27-goal season and two 40+-point seasons under his belt, checks that box exactly.

There are two large hurdles, though, the first being Vancouver’s cap situation that would make accomodating DeBrusk’s $3.675 million cap hit exceedingly difficult. The second is a tad more abstract. DeBrusk needs a new, positive environment that will help coax out his best qualities. Vancouver is very likely the least positive place in the NHL right now, with the team’s continued mediocrity seemingly having sucked the life force from their two best players. The fit might be there. But the Canucks’ abject failure to nurture a culture of cohesive success makes DeBrusk getting himself back on track, and therefore making the asset- and financial-based cost of acquiring him worth it, far less feasible.

I’ve got to tell ya, folks, the thought of facing Jake DeBrusk and Zach Hyman in a best-of-seven playoff series is not a comforting one. It becomes more terrifying, actually, when you realize that those two are mere supporting cast members to their pair of world ender teammates in Connor McDavid and Leon Draisaital.

Strapping DeBrusk to McDavid’s wing, or even just plopping him in the same lineup, would not only function as a terrific feat of roster padding from Ken Holland (who is in dire need of that, by the way), but it would also accomplish something far more important:

Getting John Tortorella to shut up. For the love of God.

No, McDavid does not need to change his game in order to be able to succeed in the playoffs. What could potentially help, though, is bringing in a bonafide pain in the ass to be his linemate — one that can both keep up with McDavid offensively, and perhaps drive opponents mad enough to commit penalties so obvious that even the stunningly inept NHL officiating crew can’t ignore.

McDavid also happens to be a dynamite playmaker, which should mesh pretty well with DeBrusk’s goal-first mentality. Stand by the net, keep your stick on the ice, and good things will come. It will take some cap finhegalling considering how the Oilers thought it was a good idea to give Cody Ceci a four-year contract while in a contention window, among other suspect deals, but teams have wiggled their way out of worse.

If the NHL is going to continue to actively repress their sport’s best player, at least make it as hard as possible for them.

This team cannot, and has never been able to, score goals.

Do you know who can? Jake DeBrusk. At least, he used to.

Since DeBrusk’s 27-goal breakout in 2018-19, no Predators player has managed to either match or exceed that total over a full season. Just two, Filip Forsberg and Viktor Arvidsson, did so that same year, with the former being the only one still on the Predators roster. Forsberg can’t do it all alone. This is a team that desperately, achingly needs someone who can put that small rubber disk into that big ol’ net.

Sure, his numbers both this season and last have been, to put it mildly, suboptimal. But there is absolutely a player still in there just waiting to be unlocked. You don’t flirt with 30 goals as a 22-year-old on a legitimate contender by accident, after all. Give DeBrusk a fresh start, some consistent top-six minutes, and a few new linemates, and John Hynes might just be able to unlock the budding power forward fans saw DeBrusk be not too long ago.

Not to mention, the money works.

The Predators are one of the few not-terrible teams in the league this season to have double-digit cap space, with roughly $11 million in available funds at the moment. DeBrusk’s $3.675 million cap hit and subsequent $4.85 million qualifying could fit in there nicely, and, with some creativity, still leave enough room for a potential Forsberg extension.

This one will never happen. But, boy, would it ever be a fit.

There’s no way the Bruins opt to deal DeBrusk, a 25-year-old who could easily revert back to the talented power forward he once was with the right change of scenery, to a division rival. Facing a rejuvenated DeBrusk eight times per year is not too high up on Don Sweeney’s wish list — both from a hockey and PR perspective.

Aside from not being a center, however, DeBrusk would certainly give Jeff Gorton a very attractive piece to build around.

It likely won’t be a deep, scorched-earth rebuild in Montreal. Not with Carey Price still under contract until the Sun explodes and renders all organic life on Earth into one big fiery pile of ash. The blueprint Gorton will likely follow in his new digs is seemingly that of a soft reboot — not unlike what he did in New York.

The Habs already have intriguing pieces to build around, too, with Caufield, Suzuki, Anderson, and Dvorak all under contract for at least the next two years (Caufield is on an ELC and will likely sign an extension in the next 18 months, everyone else is signed through at least 2025). Adding DeBrusk to that mix gives the Canadiens yet another effective young-ish forward with offensive ability, albeit one whose development they can’t ruin (though it won’t be for a lack of trying). Not to mention, a top-six with DeBrusk and Josh Anderson is sure to drive some opponents insane.

The Flyers lack an identity.

This used to be the Broad Street Bullies, gosh darn it! The team that straight-up ran the Russian national team out of the building with sheer violence, the team that struck fear into the hearts of opponents, the team whose that ice a lineup through-and-through could handle themselves in a good old-fashioned fistfight — including the goalie.

Hockey has changed since the Flyers’ heyday, of course (and for the better). But that doesn’t mean there still isn’t value in being hard to play against in the modern NHL. And right now, playing the Flyers is far too easy.

DeBrusk, at his peak, is exactly the kind of jerk that Philly fans would have salivated over. He could put the puck in the net, throw the body, and piss off opponents with ease. That version of DeBrusk is still out there, just waiting to be unleashed. And a move to the Flyers, who sit 29th overall in NHL goal-scoring at the moment, could be precisely the type of partnership that turns both parties’ fortunes around. 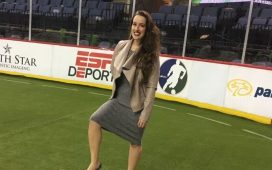 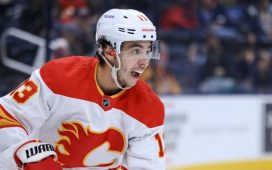 What to Make of the Calgary Flames 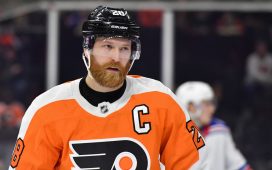 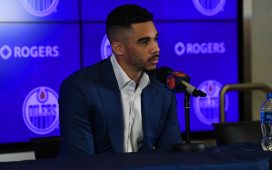 Calder Trophy Power Rankings: Who are the Favorites?