Fossil fuel burning accounts for the majority of global greenhouse gas emissions, and to the world’s credit, several countries are working to reduce their use and the heat-trapping emissions that ensue. The goal is to keep global temperatures under a 1.5° to 2°C increase above preindustrial levels — the upper limits of the Paris Climate Agreement.

If we stopped burning all fossil fuels this minute, would that be enough to keep a lid on global warming?

Acording to UC Santa Barbara ecology professor David Tilman, petroleum energy sources are only part of the picture. In a paper published in the journal Science, Tilman and colleagues predict that even in the absence of fossil fuels, cumulative greenhouse gas emissions could still cause global temperatures to exceed climate change targets in just a few decades.

The source? Our food system.

“Global food demand and the greenhouse gases associated with it are on a trajectory to push the world past the one-and-a-half degree goal, and make it hard to stay under the two degree limit,” said Tilman, who holds a dual appointment at UCSB’s Bren School of Environmental Science & Management and at the University of Minnesota. The world’s growing population as well as its diet are driving food production practices that generate and release massive and increasing amounts of carbon dioxide, methane and other greenhouse gases into the atmosphere. According to the paper, left unchecked, agricultural emissions alone could exceed the 1.5°C limit by about 2050.

These findings are especially concerning given that we haven’t stopped using fossil fuels, Tilman said. And with a 1°C average increase in global temperature since 1880, we’ve got only a slim margin before global warming results in widespread sea level rise, ocean acidification, biodiversity loss and other effects that will change life as we know it.

Reducing the emissions from food production, “will likely be essential” to keeping the planet livable in its current state, according to the scientists.

“It’s well known that agriculture releases about 30% of all greenhouse gases,” Tilman said. Major sources include deforestation and land clearing, fertilizer overuse and gassy livestock, all of which are increasing as the global population increases. In “high-yield” countries such as the U.S., which have the benefit of large scale modern agriculture, intensive animal farming and heavy-handed fertilizer use are major contributors of greenhouse gases. Meanwhile, in “low yield” countries such as those in sub-Saharan Africa, population growth and increasing affluence are driving demand for more food, and toward more “urban” diets that are richer in meat and meat products, Tilman explained.

“Their demand for food is going up, but the farmers don’t have the resources to have high yields, so they just clear more and more land,” he said.

And yet, it isn’t as though we can just stop producing food, which is perhaps the main reason why agricultural emissions have received less attention than fossil fuels as a target for reduction, according to the researchers.

“You can’t look at agriculture as if we can somehow get rid of it,” said Tilman, whose research focuses on the environmental impacts of agriculture, as well as the links between diet, environment and health. “We need it; it’s essential for society.”

But, according to the paper’s authors, global warming does not have to be an unavoidable impact of feeding the the world. Through early and widespread adoption of several feasible food system strategies, it is possible to limit emissions from agriculture in a way that keeps us from exceeding the 2°C limit by the end of the century while feeding a growing population.

The most effective, according to the paper, is a switch toward more plant-rich diets, which aren’t just healthier overall, but also reduce the demand for beef and other ruminant meats. That, in turn, reduces the pressure to clear for grazing land or produce the grains and grasses (more farming, more fertilizer) required to feed them.

“We’re not saying these diets have to be vegetarian or vegan,” Tilman said. Widespread reduction of red meat consumption to once a week and having protein come from other sources such as chicken or fish, while increasing fruits and vegetables, in conjunction with decreasing fossil fuel use, could help keep the planet livably cool in the long run.

Another strategy: ease up on fertilizer.

“Many countries have high yields because from 1960 until now they have been using more and more fertilizer,” he said. “But recent research has shown that almost all of these countries are actually using much more than they need to attain the yield they have.” A drop of roughly 30% in fertilizer use would not only save the farmer money for the same yield, it prevents the release of nitrous oxide that occurs when excess fertilizer goes unused.

“About 40% of all future climate warming from agriculture may come from nitrous oxide from fertilizer,” Tilman added. “So adding the right amount of fertilizer has a large benefit for climate change and would save farmers money.”

Other strategies the researchers explored included adjusting global per capita calorie consumption to healthy levels; improving yields to help meet demand where it may reduce the pressure to clear more land; and reducing food waste by half.

“The nice thing is that we can do each of these things sort of halfway and still solve the problem,” Tilman said. The sooner we employ these strategies, the closer we can get to keeping the Earth cool and avoiding the wholesale changes we would have to adopt if we wait too much longer, he added.

“I’m optimistic,” he said. “We have a viable path for achieving global environmental sustainability and better lives for all of us.” 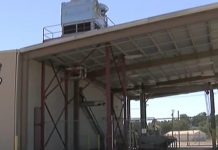 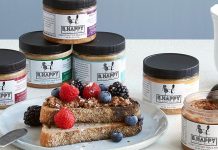 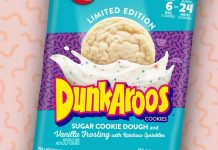 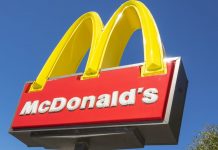 13 Fun Facts About Salem the Cat, Marcel the Monkey, and Other TV and Movie Animals 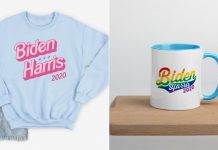 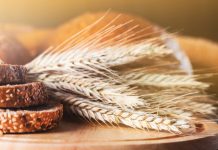 Food use hike takes bite out of 2021 wheat carryover forecast 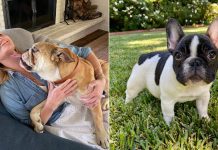 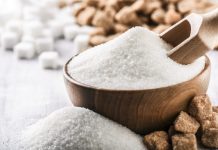 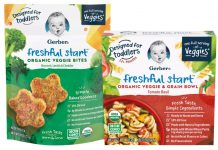 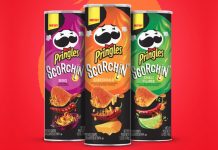 Pringles Scorchin’ set to spice up the snack aisle 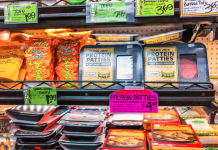