The Phoenix Suns held internal meetings to talk through the Robert Sarver allegations. They haven’t lost since


CLEVELAND — The Phoenix Suns’ winning streak began at home last month, on Devin Booker’s birthday. He made sure it continued on to New York, through Thanksgiving.

Booker, the centerpiece of the Suns’ present and future, helped beat the Cleveland Cavaliers 120-115 Wednesday night with 35 points — his second-largest scoring output in a streak that is now 14 games long.

“I wish I could be playing a little more efficiently, but I’m just trying to find ways to win,” Booker told me Wednesday. “That’s what it comes down to. That’s the reputation I’ve been trying to break after my first few years in the league, of being at the bottom of the NBA, so if you want to see winning basketball, you tune into the Suns. We play together. It’s a ‘we score’ mentality. We have a lot of talented players, and any night could be anybody’s chance.”

Booker entered the game leading the NBA in clutch shooting (shots taken with the score within five points and under five minutes to go), and drilled two of his three attempts in this latest tight game. We spoke hours before tipoff in Cleveland, and he was lamenting his slightly below-average (for him) scoring for the season (23.1 points) and lower field-goal percentage (.437). But the Suns’ reputation he referenced has, of course, entirely changed over the past year, and he deserves a ton of the credit for that. This season alone, he’s seen an uptick in rebounds (5.5 per game, a career high). Chris Paul, 37, a catalyst of the Suns’ present, is leading the NBA in assists (10.4 per), and delivered 12 more with 17 points against Cleveland. It’s a deep, balanced team with a strong bench, made even stronger by the addition of JaVale McGee, an Olympic gold medalist and three-time NBA champion.

The Suns’ current streak is tied for third-longest in franchise history. 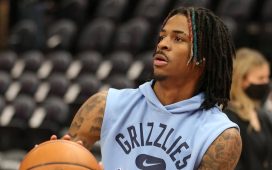 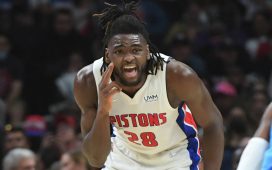 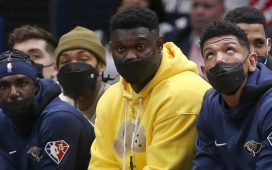 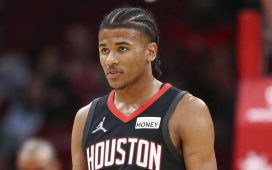 Rockets' Jalen Green out at least a week with strained hamstring 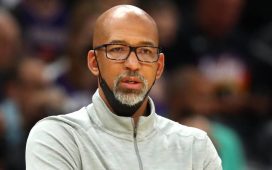 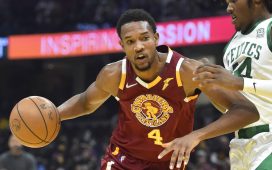 Evan Mobley expected to return for Cavs on Saturday 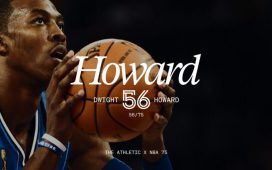 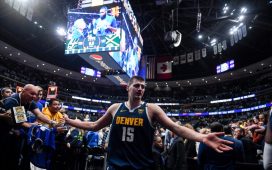 The Nuggets have never been better, but their fans can’t watch them on TV. Your NBA market could be next