The Kansas Abortion Referendum Has a Message for Democrats


Of all the reactions to Kansans’ rejection of an effort to overturn the abortion rights contained in their state constitution, the one that stood out to me most came from Senator Chris Murphy, of Connecticut. Murphy, a Democrat, isn’t up for reëlection this November, but, writing on Twitter, he offered some advice for colleagues in his party who will be on the ballot. “Run on personal freedom. Run on keeping the government out of your private life. Run on getting your rights back. This is where the energy is. This is where the 2022 election will be won.”

Until now, it seems. In a state that already places strict limits on abortions after twenty-two weeks of pregnancy but allows terminations in other circumstances, the Kansas ballot initiative was an effort by conservative activists to open the way to a total ban. As my colleague Peter Slevin reported, opponents of the initiative portrayed it as an intrusive effort to extend government control into the private lives of Kansans—and this message hit home. Saline County is a Republican stronghold north of Wichita, which last voted for a Democratic Presidential candidate in 1964, and which Donald Trump carried by thirty-one points in 2020. On Tuesday, Saline’s voters rejected the anti-abortion proposal by fifty-five per cent to forty-five per cent.

To be sure, it’s a huge leap to extrapolate from a state referendum, in which fewer than a million people voted, that Democrats have found a recipe for turning around the midterms. As a new poll from the Kaiser Family Foundation has confirmed, most voters still consider the economy and inflation to be the most important issues, with abortion a secondary one, albeit one that is particularly salient for some key voting groups, particularly women between the ages of eighteen and forty-nine. And Democratic candidates need all the help they can get. Despite a recent fall in gas prices, Joe Biden’s approval rating is languishing, at thirty-nine per cent, according to FiveThirtyEight’s poll average. Historically, the party of low-rated first-term Presidents has fared badly in the midterms, a fact that Bill Clinton and Barack Obama can both attest to.

Nonetheless, it’s evident that the Supreme Court’s decision to overturn Roe v. Wade lobbed a grenade into this year’s elections, giving fresh hope to Democrats, who have also been buoyed by the sight of Republican primary voters selecting some candidates in key races who are extremist, inexperienced, or both. (“The quality of candidates on the Republican side is such an issue that we think the race for the Senate majority is basically a Toss-up,” the election analyst Kyle Kondik, of the political newsletter Sabato’s Crystal Ball, wrote on Thursday.)

In Michigan and other states, liberal groups are rushing to put measures on the ballot that would codify abortion rights. And in all eight states that are holding key Senate races—Arizona, Georgia, Nevada, North Carolina, New Hampshire, Ohio, Pennsylvania, and Wisconsin—from now until Election Day, Republican candidates will face questions about their stance on abortion rights, and just how far they would go in restricting them. Will the backlash against the overturn of Roe help tip any of these races? It’s too early to say, but in Arizona the liberal Senate Majority PAC is already running an abortion-focussed ad targeting Blake Masters, the Peter Thiel acolyte and 2020 election denier who won the G.O.P. primary on Tuesday. The commercial features a woman who had life-saving emergency surgery for an ectopic pregnancy saying that Masters “wants to ban all abortions, even in cases of rape, incest, and the life of the mother.” In Georgia, where the G.O.P. candidate Herschel Walker, the former N.F.L. player, has said that he supports an abortion ban with no exceptions, Democrats are also working hard to exploit voter anger, especially among suburban women.

Whatever happens in November, the long-term consequences of the Roe decision could be highly consequential. For decades, the Republican Party has largely owned and exploited the language of individual liberty and freedom, even as many of its policies have favored the rich and powerful— from gunmakers to Big Pharma and Wall Street—over individual middle-class Americans. This cynical strategy has paid big dividends for the G.O.P., but Senator Murphy is right. With the overturn of Roe, and efforts to ban any transgressions against fundamentalist views, the zealots of the Supreme Court and the conservative base are presenting Democrats with an opportunity to seize the mantle as the defenders of long-established individual rights.

The freedom to make one’s own decisions about reproduction and health. The freedom to vote. The freedom to choose one’s dating and life partners. The freedom to hold elections without worrying about an authoritarian putsch. The freedom to send one’s kids to school without fear of a madman armed with an AR-15. These are all rights that the vast majority of Americans cherish, and the radicalized G.O.P. of Alito, Thomas, Trump, and Masters is threatening them. Freedom is a many-sided thing, and no political party has a monopoly on it. Democrats should stake their claim now. ♦ 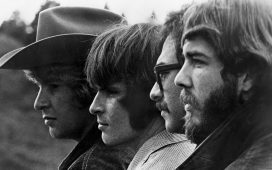 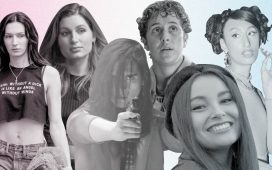 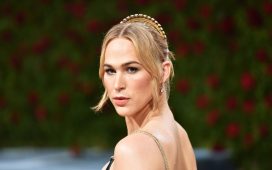 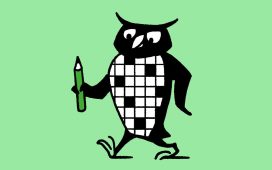 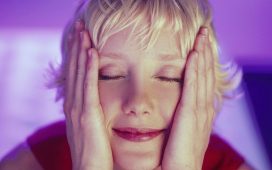 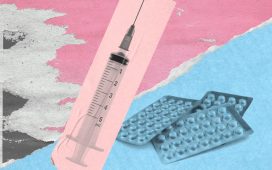 Everything You Need to Know About Feminizing Hormone Therapy 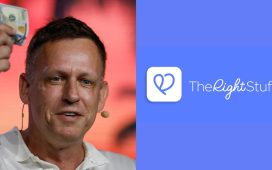 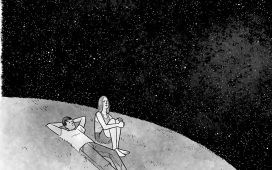 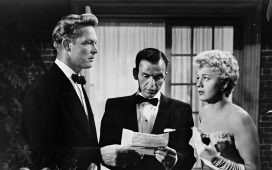