Dante Alighieri is an Italian poet whose allegory The Divine Comedy, written between 1308 and the year of his death in 1321, has had a profound influence on western thought and literature. The Beatrice of his poetry is generally identified with Beatrice Portinari, a Florentine contemporary first glimpsed by the poet when the two were nine years old. She would die young, but Dante, deeply struck by the encounter, remained devoted to an idealised image of the young woman throughout his life. His searing descriptions of her perfect beauty and perfect goodness would have a powerful afterlife in art and literature.

William Dyce was born in Aberdeen in 1806, the son of a medical professor. He studied medicine and theology in Aberdeen, but then turned to art and was a student at the Royal Academy school in London. In 1825 he went to Rome, where he was influenced by a group of German painters, the Nazarenes. Like them, Dyce wanted to promote a style of art that had the purity and spiritual intensity of the early Italian masters of the 15th century.

This painting was commissioned by his friend, the Victorian prime minister WE Gladstone, a great Dante enthusiast. The model for Dante’s heroine was – at Gladstone’s request – Marian Summerhayes, an artist’s model and former prostitute “rescued” by the Liberal politician. It is possible that Dyce also used some photographic studies of the sitter to work from, which could explain the pensive stillness of his Beatrice, who is painted in three-quarter view and has a sculptured quality about it.

Dyce’s Beatrice sits serenely, her downcast eyes concentrating on something we cannot see within the picture space, thus elevating herself from this present to another time and place.

You can see more art from Aberdeen Art Gallery on Art UK here, and find out more on the gallery’s website.

This series is brought to you in collaboration with Art UK, which brings the nation’s art together on one digital platform and tells the stories behind the art. The website shows works by 50,000 artists from more than 3,000 venues including museums, universities and hospitals as well as thousands of public sculptures. Discover the art you own here. 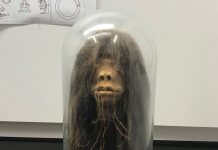 How a ceremonial shrunken head, held by a US university for decades, was finally returned to Ecuador

‘My head is on fire’: Roger Ballen finds poetry in pain – in pictures 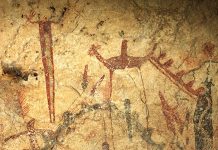 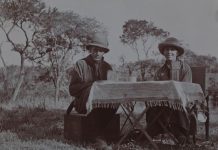 Out of Africa and into Messums: UK gallery launches new photography department with vintage prints of Karen Blixen's life in Kenya 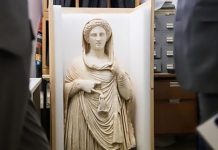 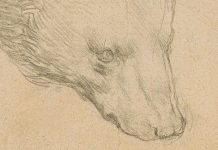 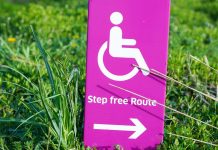 Christie's to offer paid internships to students with disabilities

Shooting stars: Carinthia West’s views of the 70s to go on show in Bath

David Hockney on joy, longing and spring light: ‘I’m teaching the French how to paint Normandy!’