One Letter Can Make a Big Difference

The GOJHL is a Jr. B league that believes it should be Jr. A. But can they win their fight for reclassification?

Perception matters. Brent Garbutt is the commissioner of the Greater Ontario Junior league (GOJHL), a Jr. B circuit that thinks it can become a Jr. A circuit. As of now, the GOJHL is running into a wall with its governing body, the Ontario Hockey Association, and the frustration has gotten to the point where the GOJHL has started a petition to get reclassified.

Garbutt says his league has been stonewalled by the OHA about the reclassification issue and the organization’s constitutional definition does not actually spell out what a Jr. A league is. And indeed, when I contacted the OHA via email, their only response was to point out that teams in the Ontario Jr. A League (OJHL) are Jr. A, teams in the GOJHL are Jr. B and teams in the Provincial Junior League (PJHL) are Jr. C. All other questions were to be directed to the commissioners of those circuits.

“There’s actually no definition in the OHA as to what constitutes a Jr. A franchise or a Jr. B or Jr. C franchise,” Garbutt said. “There’s no standard.”

Teams in Jr. A can typically charge more to play, up to $9,000 according to Garbutt, whereas the GOJHL had a maximum fee of $4,500 during the pandemic – which will be reverting to the usual $3,500 next season. But most teams don’t charge that much, as they have decent enough attendance and sponsorship.

The GOJHL see their talent pool as being good enough to compete as Jr. A, though it’s very much a chicken-and-the-egg scenario right now.

“The biggest thing is keeping our players in the GOJHL so they don’t chase that Jr. A label, so to speak,” Garbutt said. “It’s just like in school: everybody wants to get an ‘A’ and not a ‘B,’ right?”

The OJHL typically sees at least one player drafted into the NHL each year, while the GOJHL is further off the radar. Having said that, defenseman Logan Mailloux of the OHL’s London Knights actually spent almost all of last season with the GOJHL’s London Nationals. And because there was no OHL season this year, his organized hockey was over in Sweden with SK Lejon. So Mailloux will be drafted as an OHLer, but he has actually only played four games for the Knights to date, versus 48 for the Nationals.

In the past, NHLers such as Jeff Carter and Tanner Pearson cut their teeth in the GOJHL: Carter played for the Strathroy Rockets before joining the OHL’s Soo Greyhounds, while Pearson played for the Waterloo Siskins (now the Kitchener-Waterloo Siskins) before suiting up for the Barrie Colts.

Now, if the GOJHL were to be reclassified as Jr. A, would more players stick around longer? That’s the million-dollar question and Garbutt worries that right now, there’s a perception that a kid won’t get seen by scouts or NCAA teams if they stay in Jr. B.

There is one particularly compelling argument for reclassification and it’s geographic: The OJHL’s footprint only reaches down so far and is largely clustered around Toronto and the northern side of Lake Ontario, heading towards Kingston. The GOJHL on the other hand, goes in the other direction, down south.

“There is no Jr. A hockey southwest of Brantford,” Garbutt said. “That’s the issue we’ve been trying to raise. I think we have a pretty compelling argument, especially for the CJHL – anywhere in Canada where there is junior hockey, there’s a Jr. A league, other than this giant area with a dense population between Listowel, Windsor and Niagara Falls. If those players want to be in a Jr. A league, they have to leave home.”

Garbutt, who spent more than six years working for the OJHL, recognizes that his former employers wouldn’t necessarily want another Jr. A league in their backyard and there is some duplication: Buffalo and Brantford have both OJHL and GOJHL franchises, while other teams are really close to each other.

But for kids who live in that large swath of Ontario where there isn’t any Jr. A hockey right now, getting the GOJHL reclassified would be a boon: Some kids can’t or aren’t ready to leave home just yet, even if they have elite skills on the ice. It’s an uphill battle, but the GOJHL and its franchises aren’t giving up the fight, despite years of frustration. 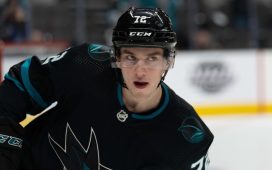 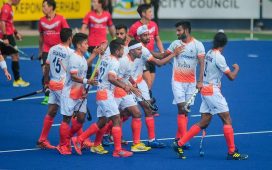 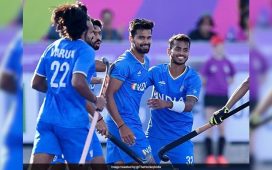 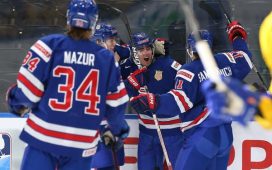 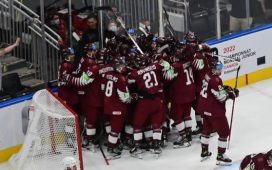 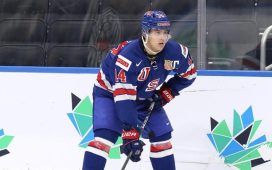 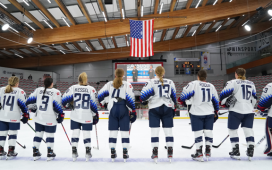 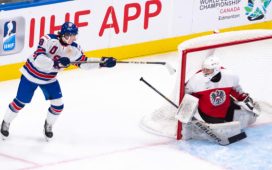 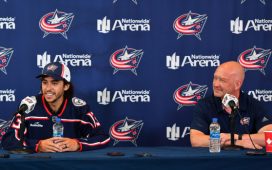