San Antonio’s Patty Mills scored 16 points in the fourth quarter to guide the Spurs to a 113-103 win over the Los Angeles Clippers on Tuesday as the NBA resumed from the All-Star break with a clash of divisional leaders.

Mills finished with 25 points and Tim Duncan had 19 points and 13 rebounds during a foul-plagued 38 minutes as San Antonio opened a 2-1/2 game lead over Houston in the Southwest Division.

Among other key games, LeBron James scored a season high to lead Miami over Dallas, Indiana beat Atlanta with Paul George hot from outside the arc, and Phoenix won in overtime against slumping Denver.

The Spurs beat L.A. despite being without six-time All-Star Tony Parker, whom coach Gregg Popovich said would be sidelined “for the foreseeable future” because of numerous aches and pains – including a bruised shin, a groin strain and lower back spasms. Backup shooting guard Manu Ginobili retunred after eight games out with a hamstring strain.

Blake Griffin had 35 points and 12 rebounds for the Clippers, whose lead atop the Pacific Division was trimmed to four games.

James scored the first eight points in a 14-0 run that put the Heat ahead after they trailed by one point entering the fourth quarter.

Chris Bosh scored 22 points for Miami, which has won six of seven heading into Thursday’s banner clash at Oklahoma City.

Dirk Nowitzki had 22 points for the Mavericks, who missed seven shots and had three turnovers while the Heat pulled away for their third-straight season sweep of the Mavericks – six consecutive wins – since losing to them in the 2011 NBA Finals.

Indiana’s Paul George scored 26 points, including four 3-pointers, to lead the Pacers over Atlanta 108-98, retaining a 2-1/2 game lead over Miami for the Eastern Conference lead.

David West had 17 points for Indiana, which went on a 12-2 run in the third quarter.

Kyle Korver scored 19 points, shooting 5 for 7 on 3-pointers, for the Hawks, who have lost six straight.

Phoenix’s Gerald Green scored a career-high 36 points, including eight in overtime, to guide the Suns past Denver 112-107.

Goran Dragic added 21 points and 14 assists for the Suns, who completed a four-game season sweep of the Nuggets, their first in nine years.

Evan Fournier scored 25 to lead the Nuggets, who lost a tough game after being blown out in their previous four defeats.

Toronto broke open a close game in the third quarter and went on to beat Washington 103-93.

Kyle Lowry had 24 points and 10 assists for the Atlantic Division-leading Raptors, who had five players in double figures.

John Wall’s 22 points led the Wizards, who have lost five of their past six.

Charlotte’s Al Jefferson had 32 points, 12 rebounds and seven assists to lead the Bobcats to a 108-96 win over Detroit.

Charlotte won its fifth straight by cruising past struggling Philadelphia 114-85, with Tyler Zeller scoring a season-high 18 points and grabbing a career-best 15 rebounds.

Milwaukee’s Brandon Knight overcame a foot contusion to score 18 points – including the sealing free throws in the closing seconds – as the Bucks edged Orlando 104-100. 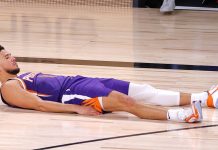 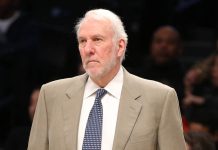 The Comeback, No. 25: How Magic’s return in 1992 brought HIV out from shadows

Hollinger: On Vlade Divac, his Luka miss, what he got right and what’s next 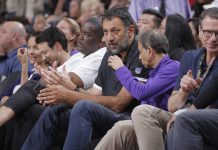 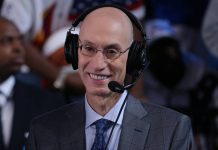 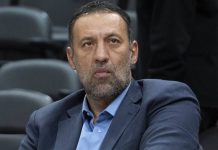 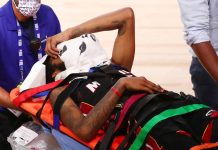 Derrick Jones Jr. stretchered off after colliding with Goga Bitadze 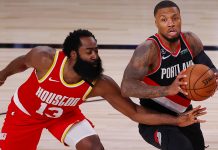 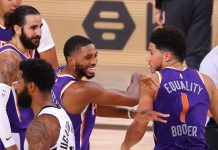 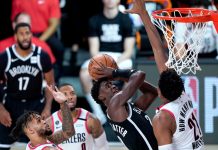 The Nets Are Playing Hard. But Can They Dethrone the Raptors? 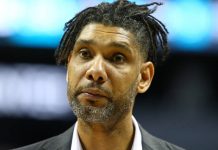 2020 Basketball Hall of Fame ceremony rescheduled for May 2021