Below is a selected transcription as the pair go through their favorite bets to make ahead of the draft. The full episode can be found here.

They started the show going through the top picks, agreeing that Cade Cunningham at No. 1, Jalen Green at No. 2 and Evan Mobley at No. 3 are safe. Vecenie noted that he “doesn’t love the value” of Jalen Suggs at -200 for pick No. 4. After that they went into player props for over/unders. An over bet on a draft pick refers to a player being selected after the listed number. An under bet means the player will be selected before the listed number.

All odds are via BetMGM, which has “a free year of The Athletic” (or an extension for existing subscribers) special offer they’re running.

Keep in mind that they recorded this on Wednesday evening and some lines have changed since so make sure you get the right number if you want to bet their picks. For example, they got excited about the under for Alperen Sengun when it was 12.5, and then the line changed to 11.5 while they were recording. So his section is included more for its comedic value than its betting value.

Sam Vecenie: I would pretty comfortably go under on this. Like this will be one of my picks probably, like actual what I would bet on picks… I think that he goes nine or 12 is where I’m at… Also did this just like leave the board…as we were talking?

Matt Pennie: Oh, that would be amazing. How’d that happen? Did you have some weird update on your browser? Oh, something did just change. What was the odds?

Sam: Yeah, it got juiced up a little bit as we were talking, the under. So yeah, it looks like it’s going more toward there are more bets being placed on the under. Yeah, I would go under on Sengun.

Matt: Someone is listening then if this is already updating. They’re tapped in. This has been posted. What’s happening? But yeah, I would go under too. Begrudgingly, but under.

Sam: Am I bugged? Is my house bugged?

Matt: It might be. It’s a point in the year, the draft. Look, the sportsbooks do everything they can to get an advantage. Maybe this is the next one. They gave you a really nice deal on a house in Australia. Like, there’s this great little under market value. Nice nook in here for my podcast and stuff and it’s bugged. Joke’s on you.

Sam: Hey, so funny story. Remember how we earlier in this podcast did Alperen Sengun at over/under 12.5?

Sam: I also went under on Moses at 11.5. I think he would be in the mix for all of Golden State at seven, Orlando at eight, Memphis at 10 and Charlotte at 11.

Matt: Right. Maybe Orlando falls in love with another wing with a 7-foot wingspan. I like this one actually. This is the one that I thought I felt good about. But under 11.5, that number seems high.

Sam: I think that number still seems a bit high. I agree.

Sam: I’ve been telling people for a while now the Davion Mitchell prop, the market has just been bad. And I have been getting people that I know to place some bets on this for themselves. Not for me. I’ve been telling people that Davion Mitchell is essentially the bet that I felt best about whenever it was, I want to say it was 8.5 at one point. Like last week, it was 8.5. I was telling people I think over is probably the best bet on the board at 8.5. It’s up to 12.5. I still think over. I think it’s right now. Like I think it’s pretty close to what the number should be. I still think I would go over though.

It’s more a function of who is picking there than it is a function of people not liking Davion Mitchell now. I think you look at the teams there, Golden State was like really the only one that was ever in the mix I thought for a smaller point guard. Orlando has all of Cole Anthony, RJ Hampton, Markelle Fultz. Sacramento has De’Aaron Fox and Tyrese Haliburton. New Orleans back then they just drafted Kira Lewis last year, they have the Lonzo Ball situation and they want to be active in free agency for a point guard. Memphis has Ja Morant and Tyus Jones and De’Anthony Melton now. Right? Charlotte has LaMelo Ball. I think that they should consider him. I’ll be honest, I don’t know they’re going to. I haven’t really gotten that as much over the last week, but I think they should absolutely consider him. San Antonio, 12, has a million guards, I think is just the first spot that actually works.

Sam: I would absolutely bet over here and I would do it pretty confidently.

Matt: Yeah, way in on the over. I thought that was a pretty clear cut for me. He was seventh a month or two ago, but seems to have been sliding and I don’t know where he even lands. I’m not saying out of the first round or anything crazy like that, but I don’t know the team where sometimes you see a guy and say, ‘Oh, he’s not going past Washington at 15.’ I don’t know who doesn’t pass.

Sam: That I agree with, I don’t know where the soft landing spot is. And the outs, I can’t really figure out the outs with him. I think I saw that report like maybe San Antonio thought he looked good in a pre-draft. I don’t know if that’s true, if he did look good, but I think I saw a report like that. I mean, I’ve heard Orlando was interested, like early on, but I don’t know that I buy that. There are more outs after 12 than before 12.

Matt: Yeah, the over plays.

Matt: The hype train has left the station. I’m not jumping off now. This is a bet with your heart, not your head. Way under 27 and a half. Actually, in all seriousness, I think it’s actually placed pretty well, too. He’s going to be in that 24 to 30 range would be my guestimation on him.

Sam: Yeah, I would go under as well. I think it’s going in that direction. This would be one that I would pretty strongly consider betting on.

Matt: You buy into teams buying into it, but you’re not personally buying yet.

Sam: I would bet under here.

Matt: I went under. Sneaks in as a late first-round guy.

Sam: I think he’s gonna be a late first round guy. This would be one of the things on my bet slip. I would go a little bit less confident than I am in Sengun’s under and Davion Mitchell’s over. But yeah, that’s where I’m at at this point on Deuce. I think he goes in the first round and I think he goes, you know 29, 28, 27, 26, 25. I mean, all of those teams need point guards. 24 and 23 is available. The Knicks could use a point guard. I think he goes under. There are just too many teams. There are too many spots where he could fall in there.

Matt: Under there. There’s some world he gets into like the last pick or two in the first round. That’s as hot and takey as I’ll get with that.

Matt: Yeah. That would be one of them. That’ll make the tweet for make fun of me if this one’s wrong, but under 42 and a half.

(Photo of Davion Mitchell: Tim Nwachukwu / Getty Images; The Athletic may receive an affiliate commission if you open an account with BetMGM through links contained in the above article.) 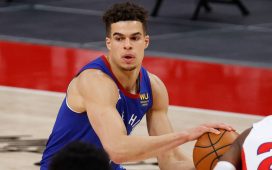 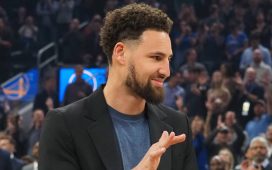 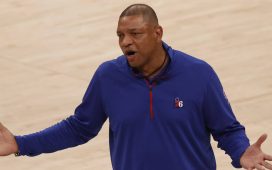 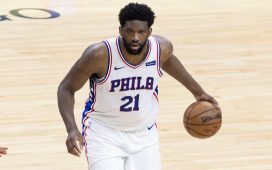 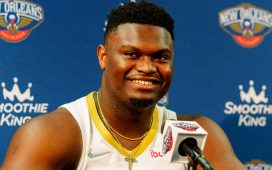 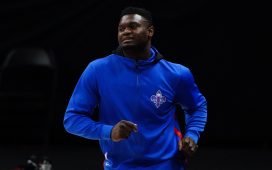 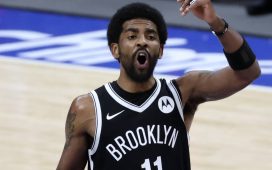 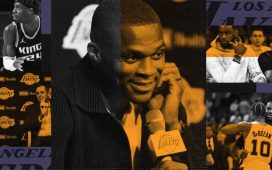 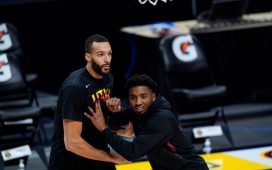