Mississippi’s capital, Jackson, will go without reliable drinking water indefinitely, officials said, after pumps at the main water treatment plant failed on Monday, leading to the emergency distribution of bottled water and tanker trucks for 180,000 people.

The city linked the failure to complications from the flooding of the Pearl River, but Mississippi’s governor, Tate Reeves, who declared a state of emergency, said the cause was unknown and that the city-run water treatment plant had been poorly operated and understaffed for years.

In any case, Jackson – with 150,000 residents and 30,000 in surrounding communities – could go without running water indefinitely. And officials warned anyone with access to tap water should boil it for three minutes.

Jackson is more than 80% Black or African American, according to US Census data.

“Do not drink the water,” Reeves told a hastily called news conference. “In too many cases, it is raw water from the reservoir being pushed through the pipes.”

The city said recent flooding of the Pearl River, caused by torrential rains, created complications at the OB Curtis water treatment plant, which sits next to a reservoir that drains into the river just north of town.

For a month, the town has been under an alert admonishing residents to boil any tap water that they intend to drink.

Reeves said the motors powering the plant’s pumps went out recently, leaving it to operate on backup pumps, which failed on Monday. The state planned to set up an incident command center at the plant by early Tuesday, hoping to re-establish operations.

“Until it is if fixed, it means we do not have reliable running water at scale,” Reeves said. “It means the city cannot produce enough water to fight fires, to reliably flush toilets, and to meet other critical needs.”

The crisis exposed a gulf between the Republican governor and the Democratic mayor of Jackson, Chokwe Antar Lumumba.

Reeves said he did not invite Lumumba to Monday’s news conference and said: “I can’t comment on what effect the flooding may or may not have had.”

Because water pressure dropped system-wide, officials could not guarantee running water, and they did not know how many homes were affected.

In the meantime, Jackson’s public school district said it would shift its students to online learning starting Tuesday.

The city and state were both distributing bottled drinking water and non-potable water for toilets, which the governor called a “massively complicated logistical task”. 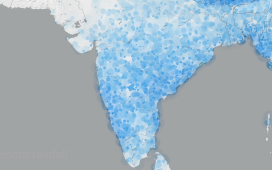 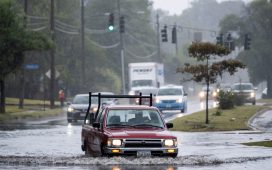 Millions at flood risk and ongoing drought: Climate hazards in the US today 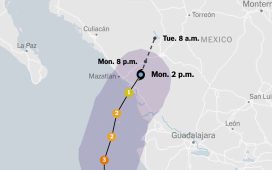 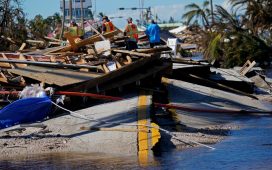 Extreme heat and 20 million at flood risk: Climate hazards in the US today

Weather tracker: Hurricane Ian likely to be costliest since 1992

Battered by Floods and Trapped in Debt, Pakistani Farmers Struggle to Survive

To understand the scale of the climate emergency, look at hurricanes | Peter Kalmus

For Weather Reporters, How Close to a Storm is Too Close?