Did you write it in a socialist or communist frame of mind? Do you ascribe to those labels for yourself?

Yeah, sure. I definitely do, especially with wealth redistribution and strike. Right now, I’m fighting for rent strikes in New York and all over the country after seeing how the current political system is handling this whole phenomenon is obviously very disappointing.

When I write stuff from a political perspective, I don’t really like tearing down or critiquing what is currently in place. I like to talk about how we can uplift each other within those systems. That was definitely very intentional with the posts. But I wasn’t like, “This is my socialist message.” It was more that I have socialist ideas that I thought would come in handy during a crisis like this.

“It’s really funny how worlds collide, especially in a time of such confusion,” says Mimi Zhu. “I thought it was really interesting and beautiful how she resonated with my words about rent, wealth distribution, and striking.”

I saw that the post was reposted by Refinery29 before Brittany. As an independent creator, how do you feel about the fact that such big companies and celebrities are resharing your work?

I’m seeing my post and my words everywhere, but I’m like, “Where do I fit into this?” I think when it’s not tagged in a way that’s not adequate or as clear, it makes the image harder to trace back to the original source. As someone who puts a lot of work into my writing, I do appreciate credit where it’s due. And I think that people do need to put more of a spotlight on the original source of things and provide them more compensation. I will say that the queer community has really been showing up in the comments like, “We fuck with Mimi’s work, let’s credit her.”

Specifically with platforms with huge followings like Refinery29, their feeds are made up of other people’s work, and they rely on creators in a lot of ways. But I’m wondering how they are putting these artists on and providing paid opportunities, especially in this time. I also don’t want to disregard the act of asking and so I actually just reached out to Refinery29 today and I was like, “Hey, as of my knowledge Britney posted my work through you, and I hope that y’all can maybe reach out and tell her that I’m the original source.”

Why do you think people are so obsessed with the idea of “Comrade Britney?”

I stan Britney, and I’m just really happy to see that she’s connected with my work and socialist ideas. It’s the opposite of that corny-ass “Imagine” video [that Gal Gadot posted]. If people with these platforms are actually able to speak on [socialist ideals], then that’s really moving to me. She’s moved me in my lifetime, so if I can move her in return, that’s really cool. It’s just come full circle in a big way. My next goal is for Mariah Carey to see it and expose herself as a socialist.

Hopefully her big fan base will actually soak in what that post is saying.

What Bob Dylan Is Doing in “Murder Most Foul” 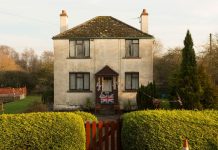 What Do the Names of British Houses Mean? 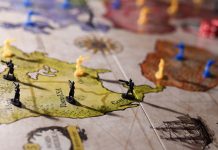 Board Games Adapted for the Pandemic 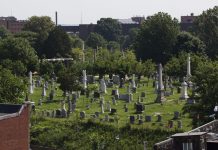 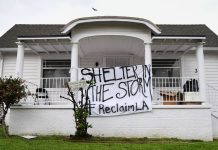 The Coronavirus Spurs a Movement of People Reclaiming Vacant Homes 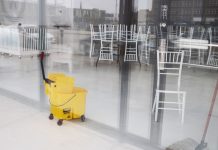 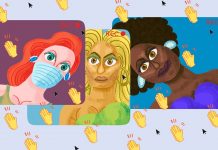 How to Livestream Your Drag (And Anything Else) Online 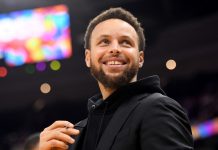 From Steph Curry to Madonna: Celebrity in the Age of the Coronavirus

I’ve Been Waiting 10 Years for Top Surgery. Coronavirus Postponed It