Mavericks early-season vibe check: Is Luka Dončić going to have to do it all himself? 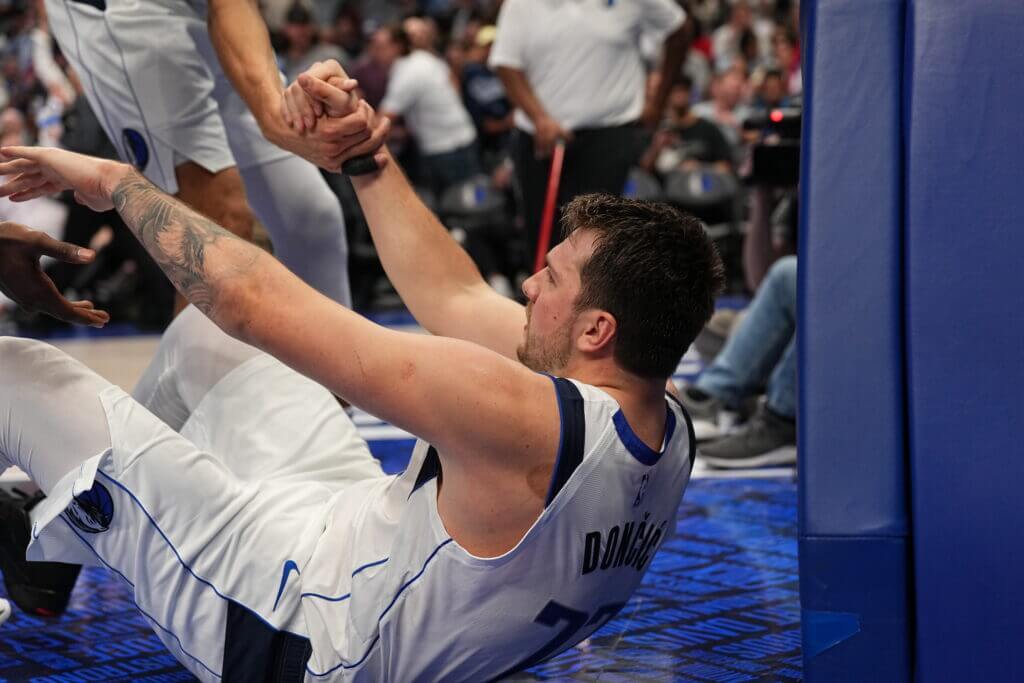 This past weekend featured what might have been the lowest moment of the Luka Dončić era in Dallas. Nearly 10,000 games had been played in this league where a team led by 16 points with four minutes remaining; only twice had the team ended up losing, per ESPN’s research. Yet the Mavericks did exactly that on Saturday, and they added an unnecessary nightcap in the form of Jason Kidd’s passive-aggressive response directed at the idea of a larger role for Christian Wood. It really did bring offseason fears back into focus.

Sunday’s recovery, however, reminded us that this team still has a baseline level of success. This isn’t a burning van heading off some cliff like, um, some other franchises around the league. To stave off the feisty Orlando Magic on the third game in four nights was this team’s assurance that it is what we thought coming into this season: an established winning squad; a team with a superstar good enough to guarantee wins; a culture that won’t easily panic or falter.

This early in the season, it’s hard not to overreact. But the juxtaposition offered this weekend offers some balance, as does the team’s even .500 record that could easily be tilted two games in either direction. This team sure isn’t last year’s. Its path forward will be marked by these trends.

1. What does the team want from Christian Wood?

I first want to make clear I’m not a Wood believer or skeptic; I’m more optimistic than pessimistic but think the scenarios for his season could be almost anything. It could be that the league just has him mislabelled, and that there was no reason he was available for nothing. (Dallas traded its late first-round pick as much to dump excess salary than to acquire him, and it was still the best offer Houston got.) It’s repeatedly been made clear — on the record, no less! — that he has to earn the coaching staff’s trust.

That can all be true, and the coaching staff’s prove-it approach can make sense, and yet it still leaves the Mavericks with an obvious dilemma: That Wood’s addition represents the only chance to replace Jalen Brunson’s subtraction.

Dallas might be facing a transitionary season regardless. On talent, this team falls beneath the league’s true contenders, and the reloading of draft picks and prospects needs another year before Dallas can take another swing at a second star. It’s unlikely, it really is, that Wood becomes that. But the glimpses at the potential, however distant, must be intriguing to them. He showed something akin to that in the season’s first game.

Since that opening night defeat, Wood has averaged 26 minutes and fewer than nine shot attempts per game. He’s being used delicately, often paired with better defensive lineups and rarely asked to close out games. Really, Dallas hasn’t yet played in a manner that would allow Wood to thrive offensively. Reggie Bullock has set more screens for Dončić than Wood thus far, and players like Rudy Gobert and Jarrett Allen have averaged more post-ups.

Dallas has the league’s best offense this season at 119.0 points per 100 possessions. I’m not saying there’s any need for more urgency; the slow involvement of the team’s main offseason addition has been justified thus far. It’s more that I’m wondering what Kidd has planned for him and, after this weekend’s quotes, what earned trust looks like. Dallas has played Dončić-ball thus far, and it’s working because he’s that good. But if Dončić-ball is the team’s only path forward, well, we already saw its limitations last season — and the second-best player on that version of the Mavericks depart. For Wood to have any chance to assume that mantle, it’ll need to look different.

2. Can Dončić do this all season?

Only Russell Westbrook in his MVP season has recorded a usage rate higher than Dončić’s so far this season. When he’s on the floor, the Mavericks have 40.9 percent of their possessions end with Dončić shooting, drawing a foul, or turning it over. (That’s what usage rate is.) When his teammates do make shots, he’s assisting more than half of them. Dallas has had possession of the ball for an average of 23 minutes so far this season, and it’s in Dončić’s hands for nearly 11 of them. He’s more than heliocentric; he’s the Big Bang of this offense’s entire creation.

Eventually, for this team’s title contention aspirations, that’ll have to change. I don’t think it can this season, not with the roster constructed as it is. Transitionary season or not, this year still must be played. It’s worth asking whether Dončić can handle this even for a season, no matter if it’s not the team’s long-term vision to build around him. It’s not a bad bet to think he might, being a generational player and all, perhaps one who’ll end his career undisputedly one of the best to ever play.

Still, think back to Dončić’s second season, and the banged up state in which he entered the season’s COVID-19 hiatus. The rate he’s being fouled this season is just about the exact same as it was back then, and he’s playing more minutes (36.7) now. (It’s slightly higher than what we’d expect due to two overtimes and five close games.) He’s taking far more of his shots within five feet of the rim (35.3 percent) than he did in his sophomore campaign (26.0 percent). Teams are scheming to make him score rather than allow zippy ball movement and open shots. It looks different now, often easier, but it’s incredibly hard nevertheless. Again, if you’re going to ask anyone to do this, it’s him. It’ll win him MVP if he can sustain it. But the sheer dominance not just of his play but his involvement is staggering. It’ll be fun, but it may sometimes serve as a reminder of how much he needs help.

3. Is this team’s defensive identity enough?

It was the interconnectedness shown last season that made Dallas so harrowing to play against: the synchronized rotations, the total buy-in, the uncomplicated vision. It took months to reach that sort of hivemind behavior, though, and it’s clear they haven’t approached that yet this season. Six games in, Dallas is 12th in the league allowing 110.9 points per 100 possessions. The eye test matches that.

There’s still plenty to like. Dallas believes in channeling opponents into shots they don’t want to take, and the team has done that thus far, allowing the eight-fewest shots in the restricted area, the 10th-fewest corner 3s, the seventh-most mid-rangers, and the seventh most in the non-restricted paint. (I sometimes refer to that as the floater zone, and such shots are obviously converted at a lower percentage one than layups.) But while it’s good to limit how many shots come from the highest-valued areas on the court, it’s still not helpful if teams make them all. Dallas has allowed teams to shoot 70.8 percent at the rim and 49.5 percent in the non-restricted paint, the worst and second-worst marks in the league.

Dallas signed JaVale McGee this summer to provide rim protection in a manner unrealized on last year’s roster, and he’s been abysmal thus far. (I’m not quite ready to assign blame for these percentages to Wood and Maxi Kleber, not after six games, but let’s keep an eye on it.) Kidd wanted McGee on this roster, and he reaffirmed his commitment to him as a starter after Sunday’s win despite another poor performance. But Dallas didn’t just sign him; the team has tweaked its identity to accommodate him.

While that interconnectedness is still being preached, Dallas hasn’t leaned on it as the backbone as often. Where last year’s team blitzed, hedged, and switched nearly everything — pick-and-roll schemes that rely on effective defensive rotations to work — this season has seen more drop coverage and passivity. It’s an approach that makes more sense with McGee, a player more suited to dwell in the paint and react to opponents rather than the other way around. Clearly, the perimeter defending has held up to an extent, exemplified by the limited number of shots taken near the rim. But if McGee was signed to foster evolution on this end, and to provide Dallas another manner in which this defense can play, it hasn’t worked so far.

Green must be considered this team’s standout so far when factoring in our uncertainty entering this year. There’s just another energy level when he’s present on the floor, his athleticism and tempo truly unique to this roster. It’s not that the other players on the roster don’t hustle; it’s just that he throws himself after loose balls like he’s mad at the ground itself. Where his minutes used to feel like he was careening out of control, it feels more purposefully focused now.

Green’s shooting looks better, too, both behind the arc and at the rim. Granted, he’s taken all of 14 shots thus far; just missing his next four 3s would alter the good perspective he’s earned thus far. But he’s a rotation player right now, a real one, not just a young prospect with extended minutes despite long stretches of ineffectiveness last season with hopes of this possible breakthrough seen thus far.

I’m fairly sure this team exited this past offseason with less talent than it entered it. You can argue about the merits of that statement, and I may well be wrong. But it’s unquestioned that this team could really use more internal development in the coming months, and it’s disappointing there aren’t many candidates for it. But Green can, and he has thus far. Keeping it up isn’t guaranteed, but everything seen so far is encouraging.