BOCA RATON, Fla. – Cooler than expected temperatures accompanied by overcast skies and occasional wind gusts made for much more challenging playing conditions in the second round of the Gainbridge LPGA at Boca Rio Friday morning.

That doesn’t bode well for the 74 players who made the cut at 1-over-par 145, as temperatures are forecast to be in the 40s and 50s Saturday and Sunday.

Given Friday morning’s weather, Lydia Ko, who shot a 9-under-par 63 for a two shot lead Thursday, was satisfied with a 2-under 70. That was good enough for her to be tied with Danielle Kang, who followed her opening 7-under 65 with a 68 Friday afternoon for an 11-under 133 total.

“I think the temperature was kind of a big thing,” said Ko. “Par 5s that played pretty short yesterday, they played like a completely different hole. Yesterday I hit driver, 3-wood, and a little flip wedge into 10, and today it was like a low driver and a 3-wood, and like an 8-iron.

“I think the temperature plays a huge factor because the course is not running out a lot. It just makes the golf course longer. Having some longer irons into the green definitely makes it a lot harder, where yesterday I felt like I hit a lot of mid-irons.”

“Coming in 2 under coming into the last couple holes, I just really wanted to get to the double digits. That was kind of my goal today, so I was happy to do that,” said Kang, who started her round on the back nine.

Shadoff, of England, shot a 69 and is tied for third at 7-under 137 with Yuka Saso of Japan. Morgane Metraux of Switzerland, who birdied seven of her final 12 holes to shoot Friday’s lowest round at 66, is tied for fifth at 6 under with Bronte Law, Charley Hull, Nasa Hataoka, and Aditi Ashok.

Ko, 24, who had nine birdies and no bogeys Thursday, had two birdies and two bogeys through her first 11 holes Friday. She banged in a lengthy birdie putt on the 14th hole and birdied the par-3 17th.

She’s using a new putter following a disappointing performance on the greens in the season opener.

“After last week I said, ‘What the heck.’ Kind of seeing something new, sometimes I feel like it brings a little bit of a different energy,” she said.

Ko’s most impressive putt, a 33-foot birdie on the 14th hole, might’ve been too energetic. She admitted that she hit the ball way too hard, but it dove into the cup.

“I think for the most part these greens aren’t as fast as last week, so I was leaving a few putts short. I was like, ‘OK, I’m going to get it to the hole,’ and I definitely got it to the hole,” Ko said. “I definitely got the read wrong because that was not the pace I was looking for. But it ended up being a perfect putt, so I’ll take it.”

Among local players, Lexi Thompson of Delray Beach had a second consecutive 70 and is tied for 17th along with Jessica Korda of Jupiter at 4 under. World Golf Hall of Famer Karrie Webb of Boynton Beach is at 1 under after a 72. Jaye Marie Green of Jupiter shot 75 and is at 1 over to make the cut at 145. Missing the cut were Nanna Koerstz Madsen of Boca Raton, who was 2 over after a 72, and Taylor Collins of Fort Lauderdale, who was 10 over after a second 77.

Webb, who last played in an LPGA event 15 months ago, said making the cut might not be so great after all.

“That’s the reward for making the cut, right? Get to play in bad weather over the weekend,” she said. “It’s been a while since I played in cold weather, so we’ll see how it goes.” 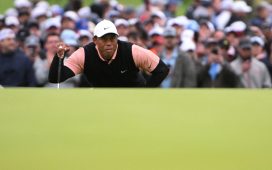 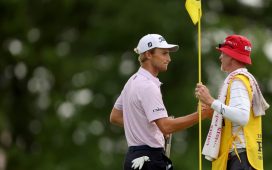 Will Zalatoris has Mexican food, 'veg time' with caddie after taking solo lead at PGA Championship 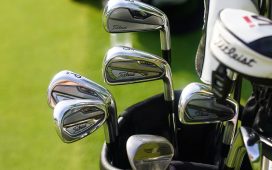 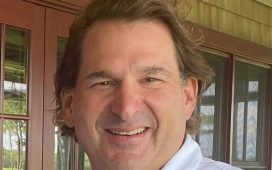 Remembering David Baum, a GOLF Magazine course rater with a zeal for the game — and the people he met through it 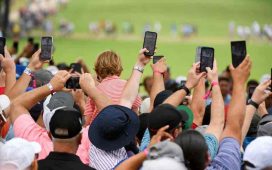 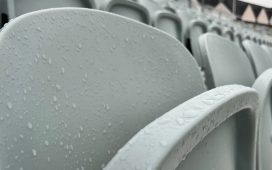 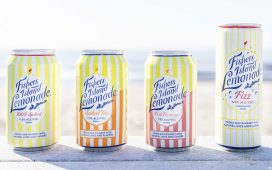 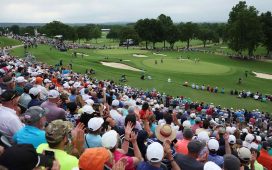 5 storylines to follow at the PGA Championship on Saturday 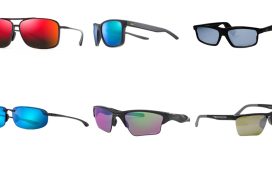