The Hornets’ offense was on another level Wednesday. An all-time level, really.

Charlotte scored 158 points in its win over Indiana, a new franchise record and the most points ever allowed by the Pacers. The Hornets also scored 87 points after halftime, which is the most in a second half since the Rockets scored 94 on Jan. 10, 1991.

The Hornets actually trailed at the end of the first quarter, going into the break down 36-33. They carried a one point lead going into halftime.

In the second half, things began to change. Charlotte jumped out to a double-digit lead within minutes, thanks in part to a 16-4 run over the first four minutes in the third quarter.

That momentum continued to snowball until the Hornets led by 19 at the end of the third after winning the period 42-24. They didn’t take their foot off the gas, though, rolling through the fourth quarter as well to a 32-point victory and a new franchise record in points.

Leading the way was Kelly Oubre Jr., who poured in 39 points off the bench. He drained a career-high 10 of his 15 attempts from beyond the arc, joining J.R. Smith, Danilo Gallinari and Donyell Marshall as the only players to ever hit double-digit threes off the bench.

LaMelo Ball also made history as he picked up his fifth career triple-double, logging 29 points, 10 rebounds and 13 assists while finishing with a +45 plus/minus. He became the second-youngest player in NBA history to record five triple-doubles. 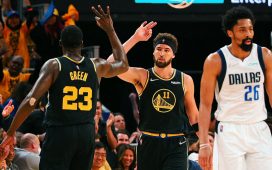 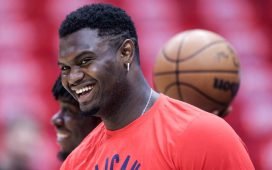 Pelicans All-Star Zion Williamson cleared to return without any restrictions 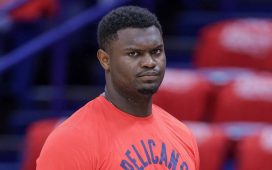 Pelicans' Zion Williamson no longer has restrictions from foot injury 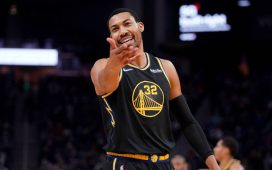 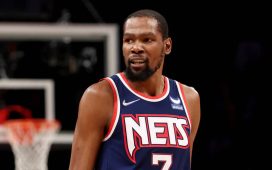 Does Kevin Durant have an issue with the Nets? 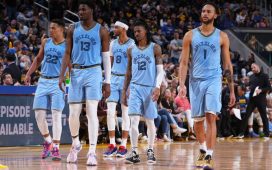 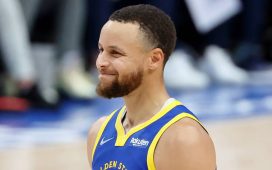 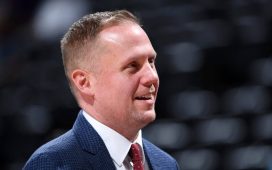 The Tim Connelly recruitment in Minnesota: Takeaways from a landmark deal 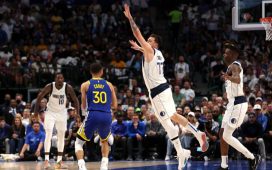 The 2022 NBA playoffs have featured a ton of blowouts. Why? We have some ideas