Grappling with Mental Illness in Secret, in “Tallahassee”


Mira is nursing an unresolved sadness. When we first meet her, she is in the car with her sister Lara, on their way to their mother’s house to attend their grandmother’s birthday party. Lara is trying to talk to her, but Mira is listless, forlorn. She has just been released from a psychiatric facility, where she was in treatment after an accidental overdose. We know nothing about the nature of Mira’s troubles. The makers of the short film “Tallahassee,” Darine Hotait and Hala Alyan, tactfully elide her backstory, withholding the determinate pathology that would come with a detailed diagnosis. All that matters is where she is now: on a road to see her family, suffering from a mental torment that steals her away from the world. Whatever the clinical cause for Mira’s inward pull is, it’s a chilling one to observe.

To complicate matters, when Mira arrives at her mother’s house, she learns that Lara has lied to the family about where she’s been. Lara excused Mira’s absence by concocting a trip to Florida, which infuriates Mira. “What were we supposed to tell the family,” Lara says, trying to explain why she lied. “You know how they are.” Mira is displeased with her sister’s deception but grudgingly goes along—she knows how her family is, a deeply loving immigrant Arab family whose members go to extreme lengths to protect one another from worrying. They are fearful of extended periods of grief—where they might lead and the weaknesses they might imply. This decorum, though not unique to Arab families, is certainly common among them. Hotait and Alyan are both of Arab descent. “Sometimes I wonder, Is it an allergy to sadness?” Alyan, the film’s screenwriter and a clinical psychologist, told me, describing the film’s characters, who have some habits in common with her own family. “Or is it having experienced so much of it that this is survival—you put lipstick on because life is not going to get any easier?”

Mira is gentle with her family. She understands that their aversion to grief is their courage. She is respectful of this, but the secrecy only deepens her isolation: she cannot ask for help, nor explain why she might appear inattentive or withdrawn or why she can’t always be there for those she loves in the way she would like to be. Her emotional absence risks appearing as an eccentricity—or, worse, a cruelty, and a lack of regard.

One of the triumphs of “Tallahassee” is its generosity—in its depiction both of Lara’s deception and of the repercussions in the family. Mira might be angry with Lara, but she never once tries to blow her cover. “I don’t think anyone really means to lead with secrets. I think it’s more that there just isn’t a shared language around what healing means,” Alyan said, of the film’s characters. Hotait, the director, was immediately pulled in by this generosity when she first read the script. “It’s the kind of story that’s at peace with all the conflict that comes with the situation,” Hotait said. “You really understand where the sister’s coming from. You really understand where their mother’s coming from. The film doesn’t really judge anyone.”

But the tenderness in Mira’s family is still heartbreaking to observe. Everyone is trying to protect one another from worry and distress, but they are ultimately not getting or giving the help that they need. The policy is to stay strong, if not for yourself then for those you love, a strategy that works until it doesn’t. Alyan wrote the screenplay in the wake of a long winter spent with inpatients at the facility where she practices. Families would sometimes ask to discharge patients prematurely, and she often found herself thinking about the ways that her patients’ needs bumped up against those of their families. “This woman,” she said of Mira, “is released into the world, I think, sooner than she is meant to, and then comes up against her own needs in terms of healing.”

It was important for Hotait and Alyan to set the film in an Arab family structure, to fill a gap in representation. “These are things that we haven’t really seen explored much in Arab cinema, especially since our film really deals with mental health within our culture,” Hotait said. “That’s really the main thing that drew me.” “Tallahassee” doesn’t make a fuss of Mira’s heritage; no one ever talks about being Arab. But the film makes an unconcealed nod to the loneliness and secrecy around mental illness, and the crushing solitude of lying. It also hints at the healing possibilities of connection, even at the hardest of times—Mira may be too blue to join in when the family sings and dances together, but in quiet moments with a surprising family member she finds ways to be honest, and sometimes to smile. 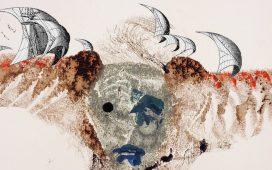 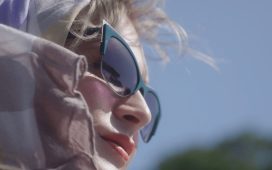 Framing Agnes Masterfully Asks: Who Gets to Write Trans History? 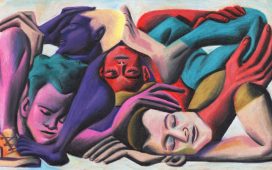 Love, Us: Why Don't We Kiss Our Friends More? 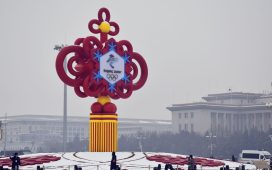 The Olympic Games Return to China, in a Changed World 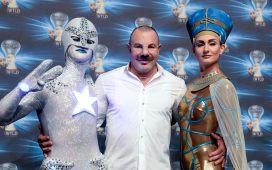 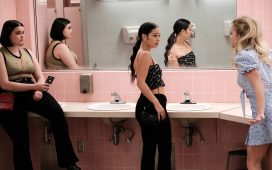 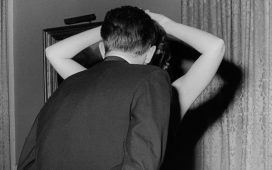 Ken Graves and Eva Lipman’s Pictures of Longing and Repression 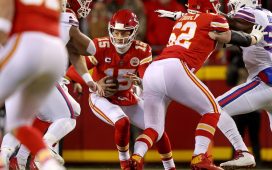 The Chiefs’ Win Against the Bills Was Ridiculous and Perfect 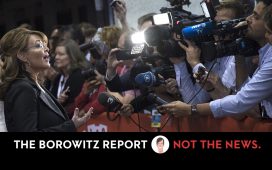 Parents Struggle to Explain to Children Who Sarah Palin Was