If you follow the weather — and who doesn’t? — you will hear about El Niño and La Niña from time to time.

Weather forecasters will talk about how a developing El Niño, for example, may bring a wetter, or perhaps a drier, winter. Or they’ll describe how an established La Niña is making for a more active hurricane season.

But sometimes there’s no El Niño-La Niña talk at all.

Here’s a basic guide to help you sort out what they are talking, or not talking, about.

What are El Niño and La Niña, exactly?

They are both intermittent climate phenomena that originate in the equatorial Pacific Ocean but can have wide-ranging effects on weather around the world.

The two are related: They are the opposite phases of what is called the El Niño-Southern Oscillation, or ENSO. Thus they can never occur simultaneously. And there are plenty of times when neither occurs.

ENSO describes the fluctuation of two things in the equatorial Pacific: the surface temperature of the ocean and the pressure of the air above it.

The air pressure part is a little more complicated. It refers to the difference in air pressure between the western and eastern parts of the equatorial Pacific. Scientists use readings from Darwin, on the north-central coast of Australia, and from Tahiti, more than 5,000 miles to the east.

The two components are strongly related, and conditions of both must be right for either El Niño or La Niña to form. If sea-surface temperatures favor El Niño but air pressure conditions don’t, for instance, El Niño will not develop.

Why does one or the other form?

Scientists aren’t sure exactly what starts the process. But from time to time, air pressure conditions change over the equatorial Pacific, affecting the trade winds, which normally blow from east to west. The winds act on the surface of the water, which is warmed by the sun, pushing it along.

If the trade winds strengthen, as occurs during La Niña, more warm water is pushed westward. And in the eastern Pacific cold, deep water rises up to replace it.

If the trade winds weaken, as happens during El Niño, less water moves westward and the central and eastern Pacific warm up more than usual.

A huge mass of warm water in the ocean transfers a lot of heat high into the atmosphere through convection — warm, moist air rising from the sea surface and forming thunderstorms. The heat in turn affects atmospheric circulation, both in the north-south direction and east-west.

What are the effects?

The changes in atmospheric circulation can result in changes in weather in various parts of the world, what meteorologists call teleconnections. Much of this is related to the position of the jet stream, the high altitude winds that sweep across the planet from west to east.

In El Niño, the jet stream tends to shift to the south. That can bring rainier, cooler conditions to much of the Southern United States, and warmer conditions to parts of the North. Elsewhere, El Niño can create warm, dry conditions in Asia, Australia and the Indian subcontinent. Parts of Africa and South America can be affected as well.

In La Niña, the jet stream shifts northward. That can lead to warm and dry conditions in the Southern United States, and cooler, wetter weather in parts of the North, especially the Pacific Northwest. Parts of Australia and Asia can be wetter than normal.

La Niña can also lead to more hurricanes in the North Atlantic because there is typically less wind shear, the changes in wind speed and direction that can disrupt the structure of cyclonic storms as they form.

And strength matters: A strong El Niño, for instance (as measured by how high sea-surface temperatures are above normal) can have greater effects than a weaker one.

How often do they occur, and how long do they last?

Both El Niño and La Niña occur on average about every two to seven years, with El Niño occurring a little more often than La Niña.

They can last for the better part of a year, though occasionally last longer. La Niñas sometimes “double-dip” — one occurs, ends as sea-surface temperatures rise to ENSO-neutral conditions, and then a second one forms as temperatures fall again.

Where do the names come from?

El Niño got its name first, from South American fishermen in the 17th century. They noticed warmer water off the coast from time to time, usually around Christmas. Thus El Niño — “little boy,” or in the context of Christmas, the Christ child.

La Niña was something of an afterthought. Since it is more or less the opposite of El Niño, it became La Niña, “little girl.”

What about climate change?

Scientists are unsure about how El Niño and La Niña might change as the world continues to warm from emissions of greenhouse gases. Some research suggests that exceptionally strong episodes will occur more frequently than they do now. But how or if that might affect wet or dry patterns in the United States and elsewhere is uncertain. 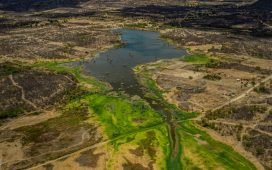 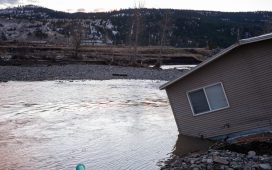 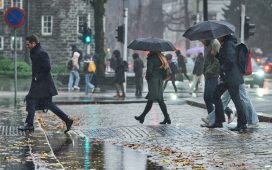 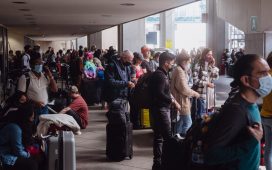