No matter what they went with, Canada was guaranteed to have the best jersey reveal of the day.

Team Canada unveiled their official hockey uniforms for the 2022 Beijing Winter Olympics on Tuesday evening, outlining the three variations of jersey sets they are set to wear when the games kick off in four months.

There is no word on which of the jersey sets is designated as the team’s primary uniform.

This new line of jerseys only reaffirms Canada’s love of black accents on their uniforms in recent years, with black gloves and pants accompanying each kit this time around, as well.

Barring any unforeseen circumstances, these jerseys will be the first to be worn by NHL players at the Olympics since 2014, with the league agreeing to send its players to the games after an eight-year hiatus.

It won’t be too long until fans get to see how they look in action. 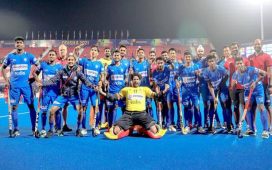 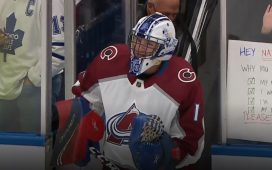