Vaccinated tennis stars have been encouraged to boycott the Australian Open over the furore involving Novak Djokovic. Former French Open winner Nicola Pietrangeli believes Djokovic should ‘play alone’ against stars who have also not been protected against COVID-19.

Djokovic landed in Melbourne last week after being granted a medical exemption by Tennis Australia to compete at the Australian Open. The 34-year-old is not vaccinated against the virus.

However, it was upon reaching Australia that he was detained in a state-run immigration facility. The Australian government still wanted to deport Djokovic.

The World No 1 appealed the decision to revoke his visa and, on Monday, a judge sensationally ruled in his favour.

That is not expected to be the end of the matter, though. The Australian immigration minister, Alex Hawke, can overturn the judge’s decision if he wishes to do so.

Djokovic has remained in Australia and, as far as he is aware, will get to compete for an incredible 10thAustralian Open title.

However, alongside vast support for Djokovic has been plenty of criticism. Former World No 3 Pietrangeli believes vaccinated stars should leave the ‘anti-vaxxers’ to compete among themselves.

“If Djokovic plays at the Australian Open, all the vaccinated players should boycott the event,” said Pietrangeli, as quoted by tennis journalist Luigi Gatto.

“I felt obliged to go ahead and conduct the L’Equipe interview as I didn’t want to let the journalist down, but I did ensure I socially distanced and wore a mask except when my photograph was being taken.”

Djokovic is seemingly expected to enter the draw for the first round of the Australian Open.

The tournament begins on January 17. 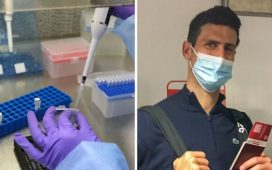 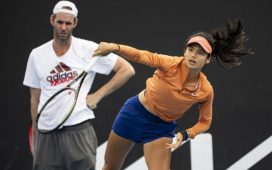 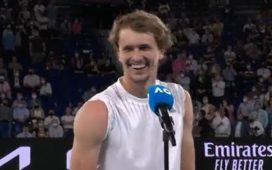