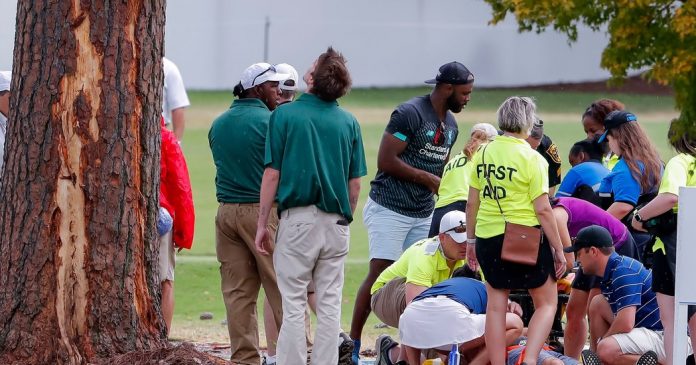 ATLANTA — Six people were hurt when lightning struck a golf course twice on Saturday during the third round of the PGA Tour Championship.

The strikes hit the East Lake Golf Course as fans and golfers waited for bad weather to pass. The tournament’s organizers responded by stopping play for the day, pushing the round to Sunday, and said the injuries did not appear to be life-threatening.

Ambulances were summoned to an area between the 16th tee and the driving range around 4:45 p.m. Eastern Daylight Time. One of those hit was Billy Kramer, a resident of Dunwoody, Ga., and the owner of N.F.A. Burger, one of the tournament’s food vendors. He was in a cart, driving to collect more supplies for his stand off the eighth fairway, when a lightning bolt struck a pine tree just off the path where he was driving.

“It was like a sonic boom,” said Kramer, who was seated on the grass being treated by medical personnel as he waited to be loaded into an ambulance.

Another man lay supine on the golf path, which was littered with loose acorns and bark. He was secured to a stretcher and was the second person to be put into an ambulance and taken away. Kramer was the third.

In a statement, the PGA Tour said four people were hurt by debris from the tree that was struck, though none of the injuries appeared to be life-threatening.

Later, tournament officials said another two people had been treated by medical personnel, but it was unclear if they, too, were hit by debris.

The third round of the Tour Championship, the PGA Tour’s third and final playoff event, started at 1 p.m. under darkening skies. The final pairing in the 30-man field teed off at 3:20 p.m. and was through five holes.

Matt Kuchar was on the eighth hole when play was suspended. He retreated to the players’ grill inside the clubhouse, and that is where he was when the two lightning strikes hit. “It shook the clubhouse,” he said. “Powerful, powerful stuff. Scary stuff.”

The second round on Friday was delayed for more than an hour because of storms that thundered through the area. Many players and caddies expressed surprise that the tee times on Saturday weren’t moved up to avoid another weather delay.

“Most of us saw what happened yesterday and thought we’d adjust accordingly today,” Kuchar said. “We trust the tour to do the right thing. This is an easy one to armchair quarterback and say we should of and could of, but we didn’t.”

The skies were clear when the tournament officials first stopped play, with Justin Thomas leading Rory McIlroy and Brooks Koepka by a single shot.

Mark Russell, the tour’s vice president of rules and competition, said thunderstorms were in the afternoon forecast, but he added, “A lot of times we get lucky and we don’t get hit with thunderstorms, especially when it’s a situation where they’re pop-ups like that.”

With Saturday’s storm approaching, he said, weather warnings appeared on all the scoreboards on the course and spectators were advised to seek shelter.

Asked why the tour didn’t move up tee times, Russell said: “I think if we did that every time we had a possibility of thunderstorms in the Southeast, we’d do that basically every time we played golf.”

The NBC broadcast window was 2:30 p.m. to 7 p.m. local time. When play was canceled for the day, NBC aired the final round of last year’s championship.

The third round was scheduled to resume Sunday morning and tee times for the fourth round were not changed, putting the tournament in position to end as originally planned.

Tyler Dennis, the tour’s chief of operations, said the tour meteorologist had identified a “50 to 60 percent chance of storms from 3 to 6” on Saturday.

Kuchar said he felt “so bad” for those who were injured. “I think the tour did everything they could,” he said, adding: “It’s just one of those things that shakes you up as a player, as a fan. We all know that everybody comes out here to be entertained and enjoy some great golf and have an enjoyable afternoon. And for anybody to get injured in any fashion is a terrible thing.” 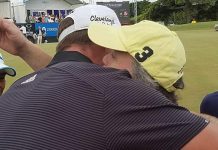 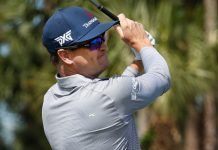 Photos: Opening round of the Honda Classic 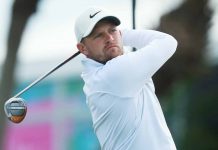 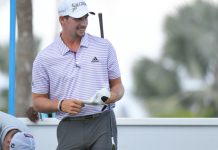 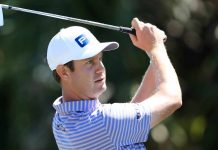 WATCH: Jim Furyk played with his swing doppelgänger in the Honda Classic pro-am 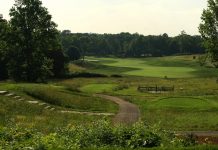 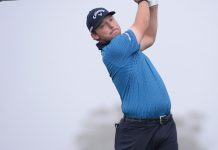 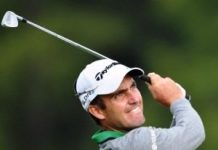 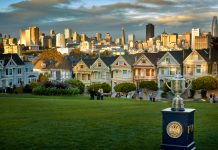 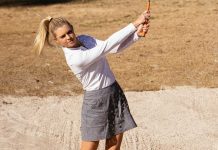 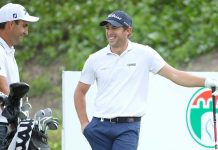