Zach Johnson fired a second consecutive 69 on Friday and looks to be on the right side of the cutline at the John Deere Classic at 4 under, although a number of players didn’t finish their second round due to a lengthy rain delay.

And while Johnson certainly hopes to get closer to leader J.T. Poston this weekend, many of the questions he fielded on Friday were about his victory at the 2015 British Open, when the American captured the title in a four-hole aggregate playoff, outlasting South Africa’s Louis Oosthuizen and Australia’s Marc Leishman.

When it was over and he had been declared the Champion Golfer of the Year, Johnson took the Claret Jug on a victory lap down the 18th fairway of the Old Course at St. Andrews. He did so along the streetside, high-fiving fans and allowing them to touch one of the most treasured trophies in all of sports.

It was a fitting tribute from Johnson, who declared himself “just a normal guy from Cedar Rapids, Iowa,” when he shocked the world by winning his first major, the Masters, in 2007.

But while the masses saw him enjoy the victory with fans at St. Andrews, what many don’t know is how the 12-time PGA Tour winner celebrated with the esteemed hardware when he returned to American soil.

He opened up about the topic on Friday after the second round in Silvis, Illinois.

“I got in the wee hours the morning that next day. I landed in Jacksonville, about an hour from my house,” Johnson said. “Got into St. Simons, where I live and met some buddies with my wife, with the Claret Jug and some friends and no one else at Waffle House at 4 a.m. That was awesome.”

Johnson elaborated on the experience, noting that it was made more significant by the time he got to spend with his wife, Kim.

“It was the second Open Championship that my wife has ever been to, so to share that with her was special. With kids and schedule and things of that nature she just hasn’t gone over that much. We were there together the whole week,” Johnson said. “The other thing that was really cool afterwards was going into the R&A building that sits basically right behind the first tee/18th green. Going in there and having a little conversation with the R&A members, officials, was really special. Seeing some of the history in there that they had of a very, very, very old building. Older than this country probably.

“You know, them embracing me and obviously accepting me was something I will never forget. It was Peter Dawson’s last go as the captain of the R&A, so I was his last champion. Since that point, we’ve become pretty good friends.”

As for his round on Friday, Johnson said he was happy to score well, especially after the difficult conditions during Thursday’s opening round.

“Today was much more manageable and gettable. Yesterday, I putted better probably as a whole. Probably hit it just as good today; didn’t hit many wedges close today,” he said.

“So today was a day of opportunity that I kind of let slide by. I hit my driver fine, hit a lot of fairways, gave myself ample opportunities. Just couldn’t capitalize with my wedges. That’s in the normal, and it’s also a little bit frustrating.

“But at the same time, I hit some good shots and I gave myself opportunities pretty much for the most part almost every hole, especially coming in. That’s all you can ask for.” 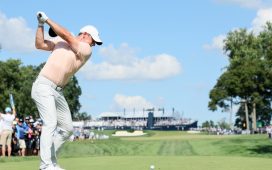 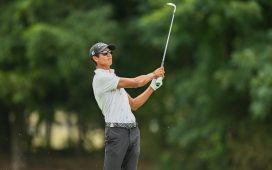 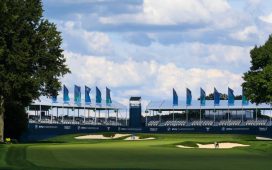 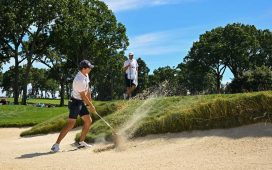 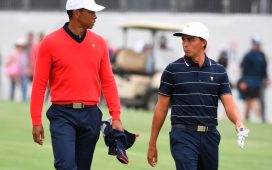