As Dougie Freedman recalls with relish in When Eagles Dare, persuading Bristol City’s manager Derek McInnes to allow him to sign Yannick Bolasie in August 2012 a few days after his Crystal Palace side had been thrashed 4-1 at Ashton Gate was one of the most straightforward transfers in which he has been involved.

“He was sitting back in his chair and looking very pleased with himself,” says the former Scotland striker in the forthcoming Amazon Prime documentary which tracks Palace’s recovery from the brink of collapse in 2010 to Premier League promotion via the play-offs three years later. “It was a very easy deal to do because he was feeling sorry for me.”

Bolasie had played in Malta as he attempted to make the grade as a teenager and his career was at a crossroads. He had first heard about Palace’s interest when his agent faced Freedman in a friendly five-a-side match weeks earlier, and moving to Selhurst Park felt like fate.

“I remember playing them the year before and they had Wilf [Zaha], [Nathaniel] Clyne and those kind of players so I thought it was somewhere I could settle really quickly,” Bolasie tells the Guardian. “It fitted like a glove.”

Palace had escaped relegation after Freedman was appointed in January 2011, then finished 17th in 2011-12, and the addition of Bolasie transformed them into promotion contenders. His relationship with Zaha blossomed almost immediately as they terrorised Championship defences, although Freedman’s surprise departure for Bolton in October – a decision the man who returned to become Palace’s sporting director in 2017 now admits he took far too hastily – threatened their chances of going up. The arrival of Ian Holloway steadied the ship and Bolasie says they felt “unstoppable” on their way to the play-offs.

“When I first came I could see the defenders who were up against Wilf would back away and let him do his skill,” he says. “But with me at the start they would come tight because they didn’t know me and that just meant it became easy. If you come tight, I’ll spin and run in behind you. Slowly, as the season went on, they started leaving me more space and that made it even worse for them. But I had to earn it. That season we did feel unstoppable because the way we set up was to get the wingers on the ball. We were doing some good things.”

The five-part documentary’s behind-the-scenes footage was meant to be released a few months after Palace’s promotion and was recently bought by the club’s in-house production team, Palace TV. There are retrospective interviews with most of the key characters, including the chairman, Steve Parish, and typically entertaining interviews with Holloway. His decision to leave out Bolasie for the final against Watford is one of the most heartbreaking moments, even if the winger used the disappointment as a spur the following season.

“I was fuming,” Bolasie says. “I was just angry. I said: ‘Actually, I’m grateful that we got promoted and now I’m going to take my anger out on the Premier League.’ So every game was like, I didn’t care who I was playing against. When I go back to it and I look at the videos, I can see my facial expression and my eyes. You can see straight away that it didn’t matter who I was playing against.”

Bolasie was a key part of Palace’s success in establishing themselves in the Premier League after Zaha moved to Manchester United following their play-off win. His goal at Wembley against Watford in 2016 not only set Palace on their way to a second FA Cup final but also provided some consolation for his disappointment three years earlier, and he earned a £25m move to Everton at the end of the season. Things didn’t work out the way he would have liked at Goodison Park after he suffered a bad knee injury within months, but Bolasie has no regrets about a career path that has also taken him to Anderlecht and Sporting Lisbon on loan before his most recent stint with Middlesbrough.

“I’ve always just wanted to play football,” he says. “Hence why I’ve probably killed myself going out on these loans from Everton when other players might have said: ‘Actually, I’m coming back from my injury and I’ve got a five-year contract. I can sit here while I build myself up slowly.’”

With a summer of upheaval expected at Selhurst Park after Roy Hodgson’s departure as Palace prepare for an unprecedented ninth successive Premier League season, it remains to be seen whether Bolasie – 32 and a free agent – will be offered a chance to return like Freedman. He would love to roll back the years.

“I’m definitely grateful to Palace,” he says. “Everyone there valued me as a person and the character that I was and that helped me flourish. It was just like second nature – I didn’t have to think about what I was doing. It’s uncontrollable the way I would feel if something like that was to happen.

“If there was to be a possibility – and I’m not quite sure at this moment in time, I haven’t asked or made any inquiries about that – that would be sick just because of the energy and the feeling I have to just put on the shirt. Just because I want to prove myself again that, listen, I am still able to play at the highest level.” 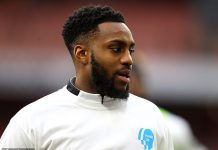 Euro 2020: "Dominant" Italy Get Off To Impressive Start Against Turkey 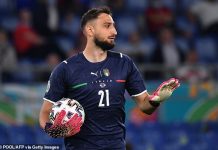 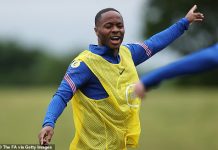 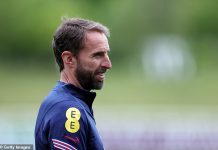 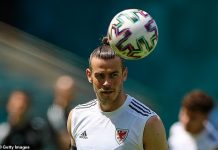 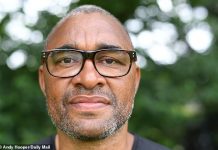 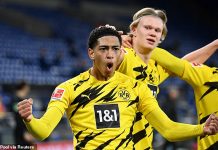 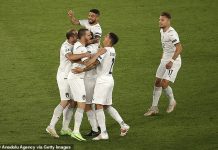