WWE is the latest entertainment company to catch NFT fever.

Under the pact, WWE said it will create “authentic NFTs that celebrate the company’s entire catalog of digital assets,” including iconic moments, WWE Superstars, and tentpole events like WrestleMania and SummerSlam. Details including the NFT marketplace’s name and launch date will be announced in the next few weeks, the companies said.

So what’s an NFT, and why would someone want to own one? In a nutshell, nonfungible tokens provide a way to authenticate ownership of unique pieces of digital content using distributed blockchain technology: NFTs are virtual collectibles akin to real-world artwork or baseball cards. The trend caught fire earlier this year in the art, music and sports worlds. Since then a growing number of studios, networks and TV shows have joined the NFT fray, including Fox Entertainment, ViacomCBS, Warner Bros. and DC, CNN, Lionsgate and “The Ellen Show.” (Even Variety is getting in on the NFT action.)

For media and entertainment companies, NFTs represent a new way to monetize their intellectual property as well as a new touchpoint to keep fans invested (literally) in their brands. It’s not WWE’s first foray into NFTs: In April, timed for WrestleMania 37, it dropped a set of nonfungible tokens highlighting the career of recently retired star The Undertaker.

The Fox/Blockchain Creative Labs deal lets WWE “deepen our relationship with Fox, as we continue to explore new and creative ways to engage our passionate fanbase,” Scott Zanghellini, WWE’s senior VP of revenue strategy and development, said in a statement.

WWE and Fox previously tag-teamed in five-year pact that moved “Friday SmackDown Live” from USA to Fox Broadcasting starting in October 2019. The companies said “SmackDown Live” on Fox will play a key role in promoting the NFT marketplace to WWE fans.

To participate in the forthcoming WWE NFT marketplace, fans will first need to create a digital media wallet through Eluvio — the blockchain-infrastructure provider in which Fox is an investor — that will let collectors purchase NFTs via credit cards or cryptocurrencies, as well as trade and sell them.

In June, Fox Entertainment and Bento Box Entertainment announced the formation of Blockchain Creative Labs. The company plans to launch a dedicated digital marketplace for Dan Harmon’s upcoming animated comedy, “Krapopolis,” which it said will be the first animated series to be curated entirely on the blockchain. 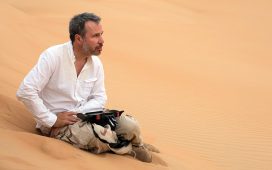 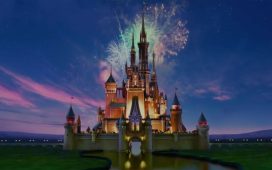