As it happened, I was in Edinburgh the day Roe v Wade was overturned, and the next day I caught a train back to London and did what I usually do when I get anywhere near King’s Cross station. I took the short walk to the old St Pancras churchyard to visit the tombstone of the great feminist ancestor Mary Wollstonecraft, author of that first great feminist manifesto A Vindication of the Rights of Woman. To be there that day was to remember that feminism did not start recently – Wollstonecraft died in 1797 – and it did not stop on 24 June.

Women in the US gained this right less than half a century ago – a short time when the view is from Wollstonecraft’s memorial. I have regularly heard the opinions in recent decades that feminism failed or achieved nothing or is over, which seems ignorant of how utterly different the world (or most of it) is now for women than it was that half century ago and more. I say world, because it’s important to remember that feminism is a global movement and Roe v Wade and its reversal were only national decisions.

Ireland in 2018, Argentina in 2020, Mexico in 2021 and Colombia in 2022 have all legalized abortion. So many things have changed in the last half century for women in so many countries that it would be hard to itemize them all; suffice to say that the status of women has been radically altered for the better, overall, in this span of time. Feminism is a human rights movement that endeavors to change things that are not just centuries, but in many cases millennia old, and that it is far from done and faces setbacks and resistance is neither shocking nor reason to stop.

Wollstonecraft did not even dream of votes for women – most men in the Britain of her time didn’t have voting rights either – or of many other rights we now consider ordinary, but you don’t have to go back to the eighteenth century to encounter radical inequality on the basis of gender. It was everywhere in large and small ways into recent decades – and culturally still persists in the widespread attempts to control and contain women and the prejudices women still encounter about their intellectual competence, sexuality, and equality.

Half a century ago it was legal in the US to fire women because they were pregnant – it happened to Elizabeth Warren, then a young schoolteacher. The right to access birth control – for married couples – was only guaranteed by the 1965 Griswold decision this rogue supreme court may also be gunning for. The right of equal access to birth control for the unmarried was only settled in the supreme court in 1972. The 1974 Equal Credit Opportunity Act rendered illegal the discrimination by which unmarried women had trouble getting credit and loans while married women routinely required their husbands to cosign for them.

Marriage in most parts of the world including North America and Europe was, until very recently, a relationship in which the husband gained control by law and custom over his wife’s body and nearly everything she did, said, and owned. Marital rape was hardly a concept until feminism made it one in the 1970s, and the UK and US only made it illegal in the early 1990s. The 17th-century English jurist Matthew Hale argued “the husband of a woman cannot himself be guilty of an actual rape upon his wife, on account of the matrimonial consent which she has given, and which she cannot retract”. That is, a woman having once consented could never thereafter say no, because she had consented to be owned. Incidentally, the current supreme court decision revoking reproductive rights repeatedly cites Hale, who is also well-known for sentencing two elderly widows to death for witchcraft in 1662.

Wollstonecraft, who had participated in the French Revolution, wrote: “The divine right of husbands, like the divine right of kings, may, it is hoped, in this enlightened age, be contested without danger.” Contested, but hardly overcome for almost two more centuries. As coercive control and domestic violence, men still impose their expectation of dominance and punish independence, while rightwing Republicans seek to return women to inferior status under the law and in the culture, citing that ancient text the Bible as their authority.

The past decade has been a rollercoaster of gains and losses, and there is no neat way to add them up

Their supreme court may go after marriage equality next. I have long thought that the marriage equality that means equal access to same-sex couples would be impossible, had marriage as an institution not been made over, thanks to feminism, as a freely negotiated relationship between equals. Equality between partners is threatening to the inequality inherent in traditional patriarchal marriage, which is why – along with homophobia, of course – they’re so hostile to it. And, of course, it too is new; a very different supreme court recognized this right in June of 2015, only seven years ago (and Switzerland and Chile only did so in 2021).

The last decade has been a rollercoaster of gains and losses, and there is no neat way to add them up. The gains have been profound, but many of them have been subtle. Since about 2012, a new era of feminism opened up conversations – on social media, in traditional media, in politics and private – about violence against women and the many forms of inequality and oppression, legal and cultural, obvious and subtle. Recognition of the impact of violence against women expanded profoundly and brought on real results. The Me Too movement has been much derided as a celebrity circus but it was only one manifestation of a feminist surge begun five years earlier, and it helped lead to changes in US state and federal laws governing sexual harrassment and abuse, including a bill that passed the senate this February and the president signed into law in early March.

This week’s sentencing of R Kelly to 30 years in prison and Ghislaine Maxwell to 20 are the consequence of a shift in who would be listened to and believed, which is to say who would be valued and whose rights would be defended. Of people being included in the conversations in the courts of law who had not before been heard there. Perpetrators who had gotten away with crimes for decades – Larry Nassar, Bill Cosby, Harvey Weinstein among them – lost their impunity, and belated consequences came crashing down on them. But the fate of a handful of high-profile men is not what matters most, and punishment is not how we remake the world.

The conversations are about violence and inequality, about the intersectionalities of race and gender, about the rethinking of gender beyond the simplest binaries, about what freedom could look like, what desire could be, what equality would mean. Just to have those conversations is liberatory. To see younger women reach beyond what my generation perceived and claimed is exhilarating. These conversations change us in ways the law cannot, make us understand ourselves and each other in new ways, reconceive race, gender, sexuality, and possibility.

You can take away a right through legal means, but you cannot take away the belief in that right so easily. The supreme court’s Dred Scott and Plessy v Ferguson decisions in the 19th century did not convince Black people that they did not deserve to live as free and equal citizens; it merely prevented them from doing so in practical terms. Women in many US states have lost their access to abortion, but not their belief in their right to it. The uproar in response to the court’s decision is a reminder of how unpopular it is, and how hideously it will impact the ability of women to be free and equal under the law.

It is a huge loss. It does not exactly return us to the world before Roe v Wade, because in both imaginative and practical terms US society is profoundly different. Women have far more equality under the law, in access to education, employment, and institutions of power, and to political representation. We have far more belief in those rights and a stronger vision of what equality looks like. That the status of women is so radically changed from where it was in, say, 1962, let alone 1797, is evidence that feminism is working. And the supreme court’s hideous decision confirms that there is still a lot of work to do. 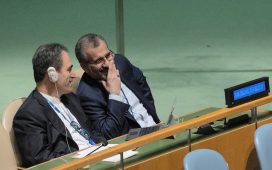 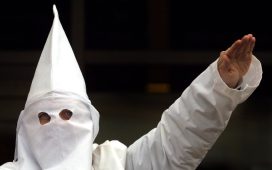 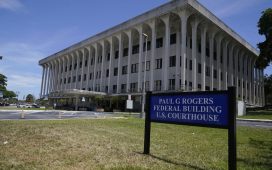 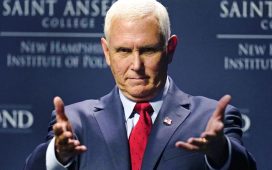 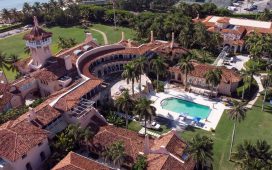 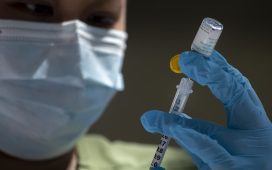