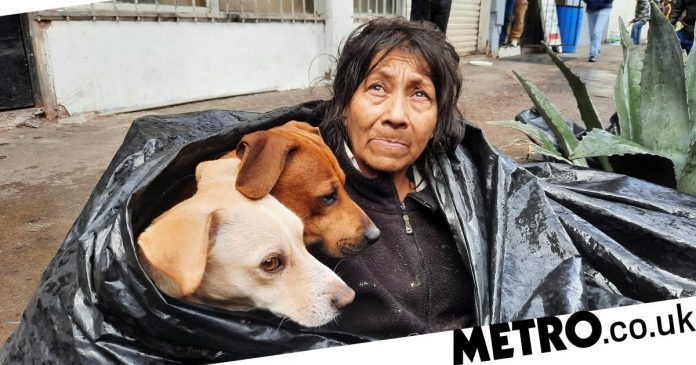 A 65-year-old homeless woman was found sleeping in bin bags on the streets of Tijuana, Mexico, with her six dogs.

Luz Maria Olmedo Beltran, known as Chole, has been living this way for eight years.

The elderly woman, who has a son, refuses to go to a homeless shelter as they won’t accept her beloved pets.

Police have tried to convince Luz to go to a shelter in the past but she protests each time, determined to stay side-by-side with her dogs, one of which is about to give birth.

A Tijuana based photographer, Omar Camarillo, spotted Luz and decided to snap her pictures.

Since the images captured a lot of attention, people have tried to help Luz and donated items for her and the dogs.

Since then, Luz has been able to move into a shelter that allows for dogs, for 50 pesos a day.

When police tried to convince Luz to leave the streets and move to a shelter, the elderly woman broke out in tears.

‘I don’t want to go, I don’t need help, I’m fine here,’ she said to the police. As they were unable to leave her on the streets, police managed to convince Luz to give her son’s address.

Though they dropped her off at his place, Luz was soon back on the streets with her cherished companions.

Photographer Omar tells Metro.co.uk: ‘That day when I took the photos, t was raining, I was walking down the street and I could see the lady taking shelter from the cold and rain with her dogs inside the garbage bags.

‘I was impressed by the conditions in which the woman lives. I realise that “La Chole” has a great heart because she helps animals despite having many shortcomings.’

She says she would like the government to donate a place to her so she can take care of more animals. 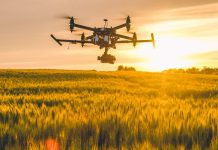 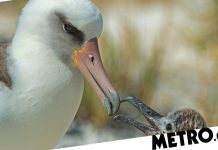 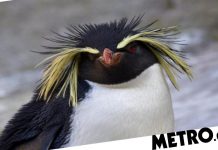 Win a once-in-a-lifetime private tour of Edinburgh Zoo, including feeding time with animals 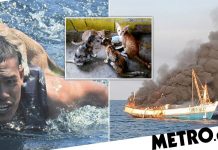 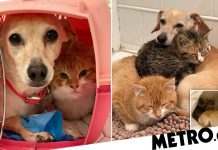 Dog helps owner care for foster kittens by grooming, cuddling and playing with them

Pig in clover: how the world's smallest wild hog was saved from extinction

Britain’s moths decline by a third in 50 years, study finds

Country diary: male wood pigeon has one thing on his mind