With Suns Deal, Mat Ishbia Is Close to His Basketball Dream


He donated to the primary campaign of Alex Lasry, a Democrat, in this year’s Wisconsin Senate race. Lasry is the son of Marc Lasry, who owns the N.B.A.’s Milwaukee Bucks, and is a Bucks executive. Ishbia also supported both Republicans in the 2020 Senate runoffs in Georgia, including an incumbent, Kelly Loeffler, who owned the W.N.B.A.’s Atlanta Dream. Loeffler was in an open feud with her team’s mostly Black players, who backed her Democratic opponent after she disparaged the Black Lives Matter movement. She lost to that opponent, the Rev. Raphael Warnock, who is Black, and she later sold the Dream.

Ishbia has also given back to his alma mater. Last year, he pledged $32 million to Michigan State. On “Real Sports,” he said an additional $14 million would go toward the $95 million salary of the school’s football coach, Mel Tucker.

Two years ago, Izzo connected Ishbia with Dick Vitale, the college basketball broadcaster, who also raises money for pediatric cancer research. Vitale said Ishbia offered him $1 million during their first conversation, and then he and his brother, Justin, followed up with further seven-figure donations.

“Shocked the heck out of me,” Vitale said. “Are you kidding me? That is so rare. I wish I could get more entertainers and more athletes, more financially successful people to join me in my quest. But it’s not that easy.”

Every so often, Ishbia will bring his three children, ages 8, 9 and 11, to the office. They’ll come to U.W.M.’s senior leadership meetings toting notepads.

“It’s cute to look over and, you know, watch when they write things down,” said Melinda Wilner, who has been U.W.M.’s chief operating officer since 2015.

Ishbia’s father sits on U.W.M.’s board of directors and still comes to some company meetings.

“He instilled a strong work ethic in Mat for sure, and his brother,” said Sarah DeCiantis, U.W.M.’s chief marketing officer. 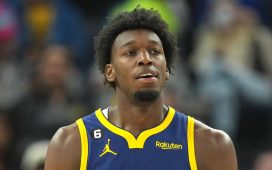 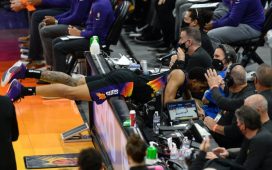 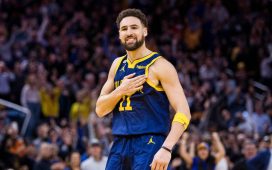 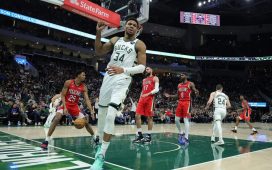