Wimbledon, which sits perilously close to the prime minister’s
best-case forecast for a flattening out of coronavirus within 12 weeks, is
highly unlikely to start on 29 June, if at all this summer.

“With such uncertainty about, changing big, long-term contracts and setting mutually acceptable new dates is difficult and complicated, as can be seen from what has been happening with the Olympics,” said an insider with long experience of negotiating international TV sporting deals on Wednesday. “For that reason, I’d say the chances of Wimbledon going ahead in June are slim to zero. You go with it now or you call it off.”

He said the same strategic thinking underpinned the decision this week by the Japanese government and the IOC to postpone the Tokyo Olympics. They originally announced they would decide within four weeks; ultimately, the call was forced on them within 24 hours. The new date for the Games, the source said, would be determined by an international sporting calendar that is set in stone – except, of course, when disrupted by something as unexpected and life-threatening as a global health crisis.

“It is a matter of finding a window,” he said, “and there aren’t many of those for big sporting events. American TV, to a large extent, determines when a lot of these events can take place. It is not just about the tennis schedule. There is NFL, college sport, baseball, golf and, to a much lesser extent there, [ice] hockey, soccer and tennis.”

Against this background, and the quickening spread of Covid-19 – in reaction to which Roger Federer has donated one million Swiss francs to vulnerable families in Switzerland – there would seem to be dwindling belief within the All England Club that Wimbledon will escape postponement or even cancellation, as has been the case with practically every other sport.

Sources say it is highly unlikely Wimbledon would seek to fill the gap created by the postponement of the Olympic Games. The thinking is that it is safer – and more convenient – to stick with the existing arrangements, however perilous in terms of planning, than disturb a system that has been in place for years. If Wimbledon happens at all, it seems, it will be from 29 June.

Time is not on their side given the scale of the operation. It takes up to two months to get the site ready for the championships so, realistically, a decision needs to be made by the end of April or the start of May at the latest. The chances of a return to normality in that timeframe do not look promising. It may be tempting for the AELTC to switch its efforts to its expansion across the road from the main grounds on the newly acquired Wimbledon Park Golf Club.

Early visitors to Wimbledon will know how close to their deadline contractors have to go in setting up everything from corporate marquees to the many shops dotted around the grounds, as well as parking provisions and security. Wimbledon is, in effect, a small town that comes to life for a fortnight once a year.

So, while officially the AELTC is still monitoring the situation, there is acknowledgment the sporting landscape remains too volatile – in the UK and globally – for an event as big as Wimbledon to commit to definitely going ahead.

The difficulties in moving Wimbledon deeper into the tennis schedule became obvious nearly two weeks ago when the French Tennis Federation (FFT) decided unilaterally to reposition its championships away from the crisis high-point of the spreading virus in May to the supposedly safer waters of September. As Covid-19 moved from east to west across France this week towards Paris, the FFT would seem to have been vindicated in judging it had no chance of Roland Garros opening its doors to the public on 24 May.

The French move created outrage among the game’s stakeholders, especially the United States Tennis Association, whose championships finish a week before the proposed new dates of the French Open, and the Laver Cup, whose tournament in Boston clashes directly with the changed schedule at Roland Garros. It then became obvious a week ago – when the ATP and the WTA, who run the rest of the men’s and women’s game, extended suspension of all tournaments from late April to 7 June – that time was running out for the second and third grand slams of the season.

While some inside the AELTC see the sense in making a call in regards to Wimbledon as early as possible, others are minded to follow the government’s lead. Among other considerations, this seeks to protect its insurance claims given it can argue the decision has been taken out of its hands.

Nonetheless, if, as Boris Johnson says, it will take at least three months for coronavirus to noticeably start fading, the odds on Wimbledon going ahead in June are surely indeed “slim to zero”. 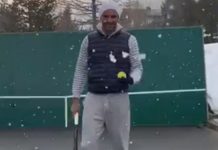 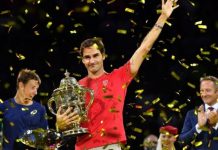 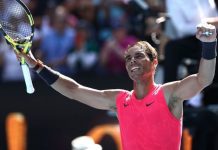 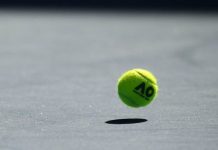 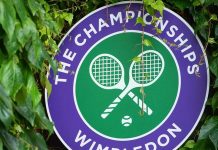 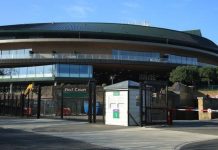 Why Wimbledon did not copy 'strange' French Open coronavirus decision 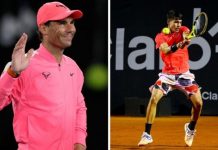 Rafael Nadal: Carlos Alcaraz dealing with pressure of being dubbed next superstar 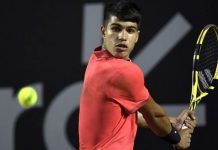 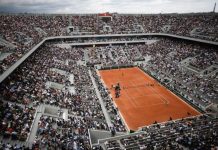 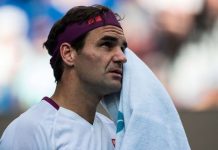 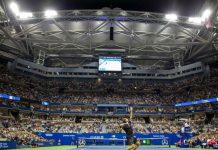