It was a freak incident – but it was one incident too many. Should the CHL – and other hockey leagues – enforce stricter rules on cut-resistant clothing for goalies?

If you saw it, it’ll be etched into your brain for a long time. If you haven’t and decide to seek it, be warned: the footage of what happened to Niagara IceDogs goaltender Tucker Tynan Thursday night is deeply disturbing.

During the second period of the IceDogs’ home game against the London Knights, a Knights skater collided with Tynan, a 17-year-old OHL rookie. He immediately clutched his leg, and a pool of blood rapidly formed around him. He was taken off the ice on a stretcher. The scene was so gruesome that the OHL decided to postpone the game, which the Knights led 2-1 at the time.

“In consideration of the player, staff and spectators and given the serious nature of the injury to Niagara goaltender Tucker Tynan, the game has been postponed and will be rescheduled at a later date,” the OHL said in a statement released Thursday night. On Friday, it was announced the IceDogs’ next two regular-season games had also been postponed.

Tynan had successful emergency surgery to repair his wound, and the IceDogs have since stated he is “stable and safe in hospital” and that “the road to recovery begins.”

That’s welcome news, though, as explained by IceDogs owners Bill and Denise Burke this morning, the injury is severe. The skate cut Tynan down to the bone, hit an artery and caused massive blood loss. The recovery timeline will reportedly be a long one.

Thanks to the efforts of the Niagara Health System, a tragedy was averted. That said, it was still a horrific incident no one wants to see happen again. Was there any way to prevent what happened to Tynan? On one hand, it’s easy to become reactionary after a particularly nightmarish injury despite the fact they’re extremely rare occurrences. On the other had, sometimes one incident is enough. When NHL goaltender Clint Malarchuk had his throat slashed by a skate during a 1989 game, the league quickly acted to make neck guards mandatory for goaltenders, though that rule is no longer in place.

So will the Tynan injury inspire stricter rules for goalie equipment? It’s unknown at the moment what Tynan was wearing at the time of his injury, but manufacturers such as CCM do make cut-resistant compression pants that go under the pads to protect the exposed spots. The OHL rulebook does address goalie equipment – but more from an etiquette standpoint, as the stipulations are more to do with following code and keeping uniforms in order.

If Tynan wasn’t wearing any cut-resistant safety gear, it’s worth debating whether it’s time to make it a mandatory piece of equipment, the equivalent of a mask. If he did have the proper protection on, that opens up another discussion about whether the equipment itself needs to be improved, the safety standards heightened, not just on the league level but on the manufacturing level.

What’s clear either way is that something needs to change to keep goalies safer. That was the attitude hockey adopted after the Malarchuk incident, and it would be wise to think similarly in light of what happened to Tynan.

(The Hockey News reached out to the CHL and NHL for comment on this story but has not received a response at this time).

Matt Larkin is a senior writer at The Hockey News and has been part of the team since 2011. He’s your one-stop shop for deep-dive player interviews, predictions, statistics, fantasy player rankings, player safety and hair tips. Catch him weekly as host of The Hockey News Live and The Hockey News Podcast.

A great test for us to play the top-three teams of the world in the first three games of the Pro League: Graham Reid 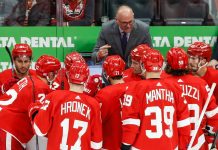 Firing Line: Which coach could be the next to get the axe? 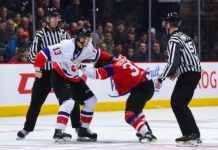 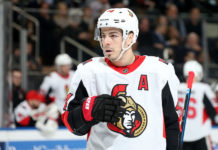 Indian hockey team's fitness more than a match for the Dutch 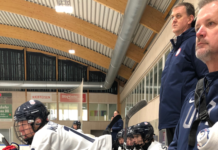 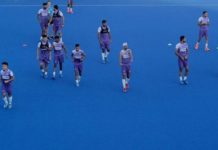 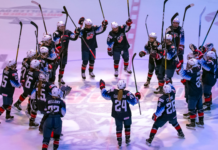