My four-year-old boy can already tell people, proudly, that he is adopted.

We have used the word with pride since we became his forever family, but as he grows up, it’s a term that could also end up being challenging, possibly even painful, for him to hear.

For all the joy parents experience adopting a child, there is another very different story of loss about how that child came to be put up for adoption. For families who have been formed by adoption, the word ‘adopt’ is such a powerful one, but also has to be treated extremely sensitively.

It therefore requires some examination as to why farms and zoos want to hang signs around their establishments promoting ‘adopt an animal’ schemes.

After all, these well-meaning places do not intend for visitors to unconditionally love, protect, house, bathe, clothe and support their cattle and livestock, they simply want their visitors to give some money to an animal and to print their name on a certificate.

The word is being borrowed, unnecessarily, from the idea of adopting a child to give a potential donor an inflated and highly distorted impact of this charitable transaction.

I dread the day so fiercely that my son realises that a word that has such a sacred and celebrated place in our family is the same word that is used to describe setting up a direct debit to sponsor a tiger in a zoo, or a pig, sheep or alpaca at our local farm.

I am sure the bond that their guests form with that special goat on their quarterly visit is heartfelt and special, but to me it is still sponsoring an animal – not adopting

I have written to different companies who use this language. My local farm’s reply acknowledged that while it could be considered insensitive, it is ‘a very widely used term, something that is familiar and recognised by members of the public.’

Essentially, if enough people are using a word that is upsetting and, in this instance, totally unsuitable, then they have no intention of changing it.

Their reply got more intriguing when they tried to justify the use of the word: ‘Many of our guests that adopt our animals visit them regularly, and form a bond with the animals, often re-adopting them year after year.’

Just when I thought that the word ‘adopt’ couldn’t be violated anymore, ‘re-adopted,’ a word that implies that adoption needs an annual renewal gets used.

I am sure that the bond that their guests form with that goat on their quarterly visit is heartfelt and special, but to me it is still sponsoring an animal – it is not adopting. It does not deserve the same status that bonds my son, whom I adore beyond all measure, and me.

I know that without sponsorship schemes it would not be possible for farms, zoos and charities to do the great work that they do, and which I fully support.

I also understand why the word ‘adopt’ might be used by animal shelters seeking potential pet owners, who would provide a forever home for an animal. While I’d still prefer it not to be a term shared by children and pets, it does at least make more sense in this context.

I don’t think anyone was purposefully trying to cause offence by using the phrase ‘Adopt an Animal’, but to not change it to ‘Sponsor an Animal’, knowing that it will cause upset for adopted children is offensive.

It is time for big zoos, aquariums, animal charities, and even my local farm, to be kind and bold and change the narrative.

Guests who visit these wonderful places love animals and will still donate with or without the use of a word that is incorrectly and insensitively being used to pull at heart strings.

I do not want anyone to boycott these schemes – my objective is to educate, not humiliate. I want these places to thrive and survive in these difficult times.

But all change has to start with a few champions, which is why I am reaching out to farms, zoos and animal charities to be those who choose to make a difference.

They have the power to do something subtle yet powerful to help children, who have already had a difficult start in life, to feel more pride about their adoption life stories.

I would love to see something written soon about how zoos and farms in the UK are mirroring the diversity of families in our progressive society by being bold enough, and kind enough, to keep the word adopt special for the vulnerable children who need it most.

MORE: We decided to adopt after having a biological child – and now our family is complete

MORE: YouTube’s McClure family reveal why they’ve been open with their kids about everything – from sobriety to adoption

MORE: What support is available for parents and children throughout the adoption process?

Adoption Month is a month-long series covering all aspects of adoption.

For the next four weeks, which includes National Adoption Week from October 14-19, we will be speaking to people who have been affected by adoption in some way, from those who chose to welcome someone else’s child into their family to others who were that child.

We’ll also be talking to experts in the field and answering as many questions as possible associated with adoption, as well as offering invaluable advice along the way.

If you have a story to tell or want to share any of your own advice please do get in touch at adoptionstories@metro.co.uk.

Here is a selection of the stories from Adoption Month so far: 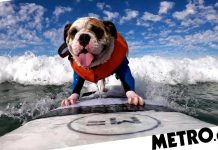 Behold Rothstein, the talented bulldog who loves to surf the waves 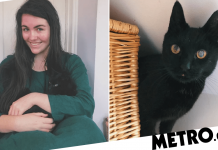 Cat returns home after being missing for eight years

Country diary: curiosity and the crows

These two bird-sized dinosaurs evolved the ability to glide, but weren't great at it

Social life as a driving factor of birds' generosity