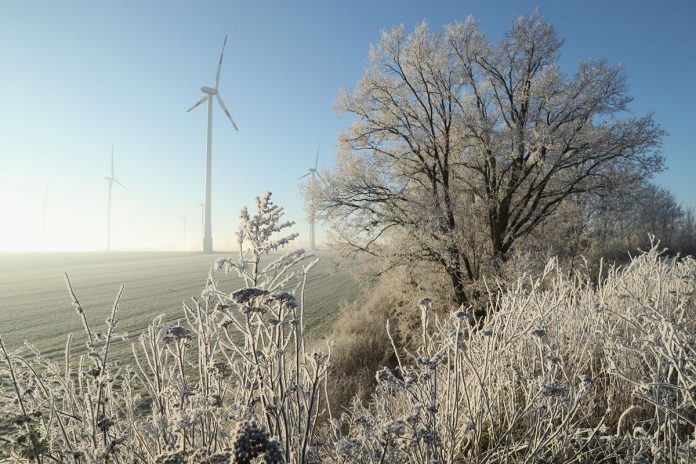 The failure of roughly half of the wind turbines in Texas earlier this week isn’t the biggest cause of a power shortage crisis that has left one-third of Texans without power in historic freezing conditions.

Frozen infrastructure at gas and coal power stations, such as pipelines, are the main culprit. Of the total amount of power that suffered outages, wind accounted for only some 13%, a far smaller share than accounted for by coal, gas and nuclear plants.

Still, wind power is a major resource in Texas: it supplied 23% of the state’s electricity in 2020, second only to the 40% share by natural gas, and had been producing a larger share than normal before the widespread outages. Wind has also attracted an outsize share of blame for the Texas fiasco, including a Wall Street Journal editorial that attacked its susceptibility to the freezing weather as another sign of its unreliability.

So it’s fair to ask: why don’t wind turbines fail all the time in colder climates, such as Canada, Sweden or the American Midwest?

The answer, in short, is that turbines in colder places are typically equipped with de-icing and other tools, such as built-in heating. In Texas during the historic cold snap, they were not.

“Cold weather kits can keep [wind turbines] operating when temperatures plunge. This is the norm in colder states and in Europe,” said Samuel Brock, a spokesman for the American Clean Power Association. “Historically in Texas, given the warm climate, it hasn’t been necessary.”

In Canada, where wind turbines can experience icing up to 20% of the time in winter months, special “cold weather packages” are installed to provide heating to turbine components such as the gearbox, yaw and pitch motors and battery, according to the Canadian government. This can allow them to operate in temperatures down to minus 22 degrees Fahrenheit (minus 30 Celsius).

To prevent icing on rotor blades — which cause the blades to catch air less efficiently and to generate less power — heating and water-resistant coatings are used.

One Swedish company, Skellefteå Kraft, which has experimented with operating wind turbines in the Arctic, coats turbine blades with thin layers of carbon fiber which are then heated to prevent ice from forming. Another method used by the company is to circulate hot air inside the blades.

Major wind turbine manufacturers, such as General Electric
or Denmark’s Vestas, regularly equip their turbines with such cold weather gear.