Why RHOM's Larsa Pippen Is 'Trying to Avoid' Dating Athletes


Turning over a new leaf. Larsa Pippen has dated more than one basketball player, but she’s ready to try something different.

“It’s almost like a nurse and a doctor — if you’re a nurse and you’ve worked in a hospital, you’re more likely to like have friends that are doctor,” the Real Housewives of Miami star, 47, exclusively told Us Weekly on Wednesday, January 12. “So, I feel like I’ve been in the basketball world for so long that I feel like I’m just surrounded by that world.”

“It’s not like I go look for it,” the Chicago native continued of dating professional athletes. “It’s just there, you know?”

After her split from six-time NBA champ, 56, the Larsa Marie founder moved on with Malik Beasley, who plays for the Minnesota Timberwolves. The pair were first linked in November 2020 when the Georgia native, 25, was still married to Montana Yao. Less than six months later, Larsa and Beasley called it quits.

Larsa added that she “kind of” regrets her romance with Beasley, who called the relationship “childish” in a public apology to Yao, 24.

“I don’t wanna give too much life to my past relationship,” Larsa explained. “I just think you learn from all your mistakes. You grow every day, and I just feel like I’m in a better place today than I was yesterday.”

During a December 2021 episode of RHOM, Larsa confessed that Scottie occasionally weighs in on her new relationships — and he didn’t approve of Beasley.

“When Malik got 90 days or something in jail he sent it to me,” she told costar Lisa Hochstein. “He’s like, ‘Go ahead, keep talking to these losers.’”

The former Denver Nuggets player was arrested after a September 2020 incident where he pointed a gun at a family outside his home in Minnesota, according to the Hennepin County Attorney’s Office. He pleaded guilty to the felony charge in December of that year and later served 78 days in jail.

New episodes of The Real Housewives of Miami are available to stream Thursdays on Peacock. 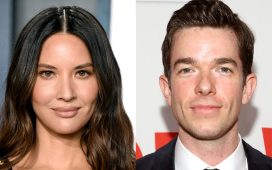 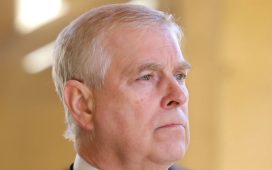