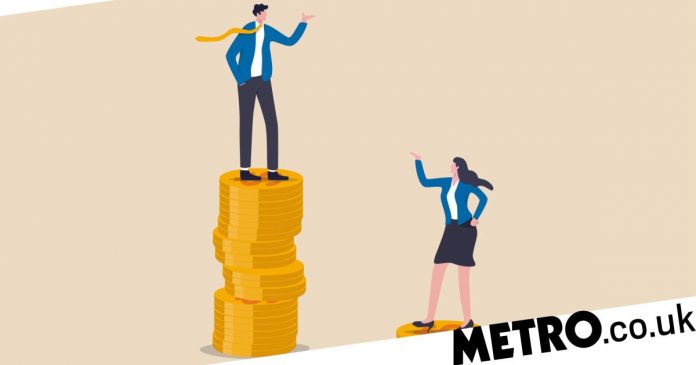 The last 12 months have been tough on everyone, but studies already suggest that women have been disproportionately affected by lockdown restrictions and closures caused by Covid-19.

One of the places they have been hit is in their finances, with new figures from Fidelity suggesting that 23% of women have experienced a fall in their income in the last 12 months, losing £463 on average per month. Over a year, that is almost a quarter of the average woman’s salary.

Maike Currie, Fidelity’s investment director, says that the losses come on the back of an already ‘significant’ gender gap when it comes to savings and investments, meaning that they could have an impact on future financial resilience.

‘While the end of lockdown restrictions may now be in sight, the repercussions of women’s experiences over the last 12 months may reverberate long into their futures,’ she says.

Deirdre Cooper, a portfolio manager at investment group Ninety One, agrees that the past year has widened the gap between male and female finances.

‘It highlights, more than ever, the need for society to address the obstacles that undermine women’s efforts to achieve financial resilience,’ she says.

The statistics surrounding the gap between male and female finances paint a sorry story, and those that aren’t being published at the moment may be starker still.

Maike at Fidelity says that one of the first things to go when coronavirus hit was the requirement for companies to report their gender pay gap, so now we do not even know how wide it is.

On average, when the last set of statistics was published, women earned 16% less than men.

This in turn will have a knock-on effect on pensions, savings and other investments.

Heather Owen, financial planner at financial advisers Quilter, says that women’s pensions are ‘still dramatically below’ those of their male counterparts.

She adds: ‘In fact the latest available figures from the Office for National Statistics show that a women’s median pension pot at £48,500 is still less than men’s ten years ago at £49,300.’

Women are also less likely to have other investments, including stocks and shares ISAs. Figures from stockbroker Charles Stanley show that half of women admit they haven’t tried investing, compared to just over a quarter (27%) of men.
When it comes to the reasons why women don’t invest, almost a third (31%) say it’s because they don’t know where to begin, compared to just a fifth (20%) of men saying the same.

The Charles Stanley survey also suggested that women were more likely to not understand the jargon around investment.

‘Investing is one of the most important ways to take charge of financial security and grow your wealth. But with half of women admitting to not doing this, they find themselves instantly caught on the back foot, widening the investment gap between men and women,’ says Rob Morgan, investment analyst at Charles Stanley Direct.

Rosemary Banyard, specialist fund manager at Downing Investors, says she thinks there are a number of reasons why women don’t invest. She says: ‘They don’t earn enough, they often have caring responsibilities, which take up a lot of time, and inherently we women are often more risk averse.’

Despite the gap in individual financial positions, according to the Office for National Statistics, women will be in control of 65% of the country’s wealth by 2025. This means that the financial services industry needs to start serving women better if it is to help them control and grow their money as much as possible.

Amanda Cassidy, managing director at Quilter, says that only 40% of those who take financial advice are women, representing a failure on behalf of the industry to cater for female needs.

‘The advice and investment industry has been dominated by men for so long, and has historically catered predominantly to male consumer needs and failed to grasp that women may have different investment needs, financial goals and relate to finance differently,’ she says.

Maike at Fidelity says that there is also a lack of female role models in investment. ‘We can all name Warren Buffett and Anthony Bolton, but few people can name a female investment star,’ she says.

As well as campaigning to end the gender pay gap, and for specific female-friendly financial policies on issues such as the cost of childcare, Maike suggests that the industry encouraging women to invest will help redress the issues that have been caused by the pandemic.

‘Pre-pandemic, women were increasingly embracing their financial power and this progress must continue. While circumstances have changed in the pandemic, encouraging more women to invest just small amounts will be important to ensure that this doesn’t result in a permanent step back,’ she explains.

While experts agree that change from the government and industry is needed, women who feel their finances have been particularly hit by the pandemic also need to take some individual action as we come out of it.

Maike at Fidelity says the first thing to do is to rebuild your financial safety net if you’ve had to spend rainy day money on day-to-day living. ‘Building up a safety net of savings will be a key first step towards financial security once you are back on your feet,’ she says.

‘Working out the amount you can afford to put into your savings each month will help you to slowly build this back up. Even very small amounts can make a big difference over time.’

Once you have a safety net in place, it is time to consider a more long-term strategy, which may involve taking some investment risk. Investing in your pension is vital. Fidelity’s study showed that almost one in five women in their forties decreased their pension savings over the last 12 months.

Maike says that, even if you aren’t earning, a partner or parent can contribute £2,880 to a pension for you, which – with basic-rate tax reclaimed – equates to £3,600.

Getting your savings started by investing via an ISA may be daunting, but this is another way to build a nest egg for the future.

Getting started as soon as possible is key. If you are feeling daunted by the lack of female role models in finance, check out the tips above, from some of Britain’s female financial experts, to set you on the road to prosperity.

MORE : How I Save: The 27-year-old in London who says lockdown has been great for her savings

MORE : What men can do to make women walking alone at night feel safer

MORE : Mum’s meal prep trick for garlic will save you so much time and money 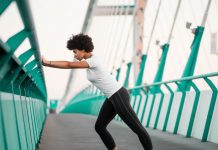 ADVERTORIAL: 5 top wellbeing tips for anyone looking to get in shape

Fabulous views and lungfuls of Atlantic air in the Scottish Highlands 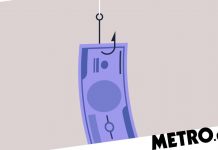 8 savvy saving tips to prepare you for post-lockdown life 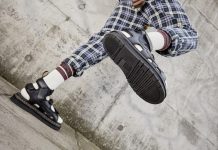 Why was my contactless spending on an Amex card charged to Mastercard?

Ditsy prints: the pick of floral dress – in pictures 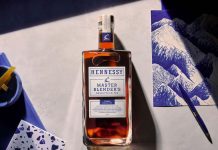 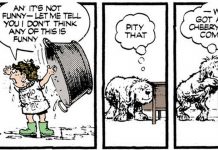 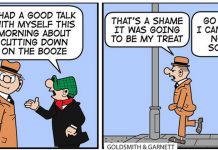 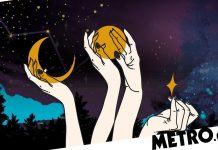