PHILADELPHIA — The 76ers gave up so much for James Harden, and they’re probably going to have to pay him a ton of money while trying to reconcile that he took two shots and scored no points in the second half of a game with the season on the line.

It’s a pile of crashed train cars no one seems to bother to move off the tracks in Philadelphia. A fire department that ignores the perpetual blaze in the dumpster.

The Sixers again fell short, Joel Embiid is again not going to a conference finals, and his coach could again be on the hot seat.

Oh, the talk shows are going to have a field day with this one.

But at the other end of Wells Fargo Center Tuesday night, the best player on the court untucked his jersey and was headed toward the tunnel when the remaining fans started chanting his name.

It was mostly people wearing Miami Heat shirts doing the cheering, but there were more than a few Sixers fans joining in, wearing their blue “Butler 23” jerseys from the 2019 season.

And Jimmy Butler grinned ear to ear as he heard it.

“Some things happened, and now I’m where I belong, I guess where I should have been a long time ago,” Butler said. “A place where I’m welcome.”

The losing side of the 99-90 decision that went to the Heat in Game 6 of this Eastern Conference semifinal is the sexier side because of what it means for the Sixers’ uncertain future. But the rubble of another playoff disappointment — of Harden being here in the first place and then seizing up when his team needed him most and of Embiid going another summer without fulfillment — can all be traced back to Butler. And not just because he scored 32 points Thursday or averaged 27.5 points in a series where he was, by far, the most dominant player.

The Sixers had Butler, and Embiid, and Tobias Harris, and Ben Simmons in 2019. They lost in the Eastern Conference semis, in Game 7, on a terrible bounce of a last-second shot from Kawhi Leonard. They could have kept that core together, but they paid Harris first and seemed to signal they wanted the ball in Simmons’ hands. Butler grew frustrated and looked elsewhere, settling with the Heat, with whom he will go to his second Eastern finals in three seasons.

In the years since, including after Game 6, Embiid has said, “I still don’t know how we let him go.” The Sixers prioritized Simmons over Butler. And then Simmons seized up in Game 7 of last year’s second round and, in the fallout from it, swore he’d never play for Philadelphia again. That led to the trade of Simmons for Harden — which led to Harden’s listless performance Thursday.

Harden. Simmons. Embiid. Doc Rivers. The Sixers are the thing you can’t look away from right now, even though the best player and the best team in this series are moving on. Butler’s role in Philadelphia’s collapse cannot be overlooked. And it will be Butler who gives the Heat a better chance than most people realize at beating either Milwaukee or Boston and getting back to the NBA Finals.

“I didn’t know how good Jimmy was until I got here,” P.J. Tucker said. “He’s never scared of the moment, and that in itself is a talent. He wants a part of every moment.”

Butler shot 3-for-10 in the first half of Game 6, then erupted for 14 points in a third quarter where the Heat pulled away. He had two other games of 30 or more points in this series, and the Heat happened to lose both of them. But he still walked away as the best player between the two teams because of the way he dictated the pace of the game, orchestrated Miami’s offense and played his usual, top-notch defense.

Being the single driving force who determines how fast — or slow — the nine other players move on the court is a rare talent. LeBron James used to do it, and so did Kawhi when they were playoff staples. Giannis Antetokounmpo can do it for Milwaukee. That’s who Butler was for the Heat against the Sixers, necessitated by the absence of Heat point guard Kyle Lowry. When Lowry is playing and healthy (his hamstring injury clearly was not healed when he tried to play in Games 3 and 4), he dictates a quicker pace for the Heat offense, something Butler adapted to earlier this season.

But Lowry played with Leonard when he and the Raptors beat Butler’s Sixers in 2019 and eventually won the title. Lowry knew how to complement Leonard, and that’s what he will do if and when he returns to the Heat lineup healthy — because Butler is a closer and a playoff killer. He’s averaging 28.7 points, 7.6 rebounds and 5.4 assists, and he’s leading the league with 2.1 steals per game. His five games (out of a possible 10) of 30 or more points this postseason are a career high.

“I think he’s one of the ultimate competitors in this profession,” Heat coach Erik Spoelstra said. “I think a lot of things get lost in translation. And I think as this league sometimes gets younger, I think it ends up being about some things that are not about winning. He competes on both ends. He is an extremely efficient offensive player. And when his only focus is just about driving a team to win, all the other things just are irrelevant.”

Butler was perhaps the most understated of all the 2022 NBA All-Stars. He participated in the game but bailed on media obligations. He put up virtually the same statistics this regular season as last, though he missed a few weeks worth of games to injury — like Lowry and Bam Adebayo. But he has been among the very best players — on any team — in the playoffs through two rounds.

If the Heat face the Bucks in the conference finals, Milwaukee’s megastar, Giannis, will initially overshadow Butler. Tucker plays for Miami now instead of Milwaukee, a huge swing, and Khris Middleton is still nursing a knee injury, but onlookers will not be able to see past Antetokounmpo. If the Heat face Boston, Jayson Tatum will be considered the more dynamic star in the series. Both players have earned the respect they get, but as Adebayo said Thursday, “I feel like Jimmy is right there with them.”

If the Bucks beat the Celtics in either of the next two games and advance, it will be a rematch of a 2021 first-round series in which Milwaukee swept the Heat and Butler had his worst playoff series as a pro. He shot 19-for-64, and the Heat were blown out in three of the four games.

Tucker, who is in his first season with the Heat, was on that Bucks team. It eventually won the finals. Tucker gritted his teeth and spoke slowly when asked what it would mean for him to face Milwaukee in the conference finals. He called it “fate.”

And we saw what just happened when fate brought Butler and the Sixers together again.

“I’ve got a lot of love for this city (Philadelphia), love for guys like (Embiid), so any time we can beat a tough team, it’s special,” Butler said. 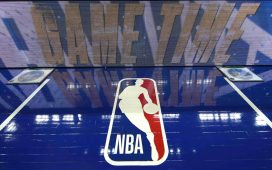 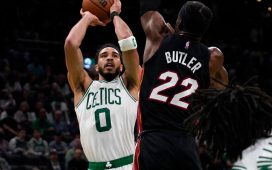 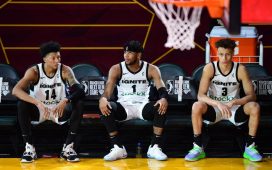 Which NBA players did 27 of the best 2022 NBA Draft prospects compare themselves to? 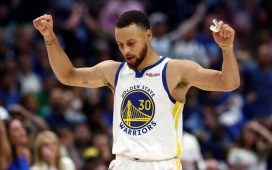 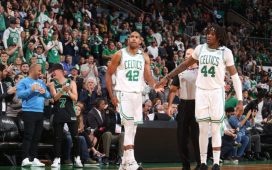 With Rob Williams back and Al Horford locked in, Celtics defense dominates in Game 4

Jimmy Butler’s bad knee ‘no excuse’ for poor Game 4. How hurt are the Miami Heat? 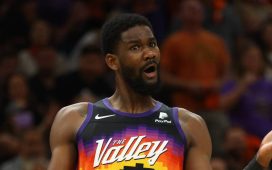 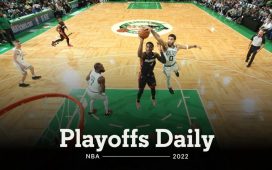 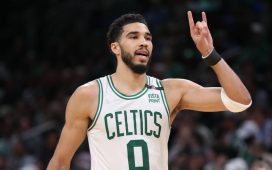