Why did Alaskan officials coin the term ‘icemageddon’?


The word “snowmageddon” emerged a few years ago to describe unusually disruptive snowstorms. Now authorities in Alaska have coined the term “icemageddon” for problems caused by wildly fluctuating weather conditions.

In December, Alaska experienced record-breaking temperatures, up to an unprecedented 19.4C (66.9F) followed by the heaviest rainfall in decades. Fairbanks, Alaska, had its wettest December day ever. Both occurred because a mass of warm, moist air arrived from the direction of Hawaii, at a time of year that is usually cool and dry.

Temperatures plummeted to the seasonal norm below freezing shortly afterwards, leaving roads covered with sheets of ice. Fresh snow can be cleared relatively easily, but ice frozen on to a road surface is more difficult to remove.

Alaska’s Department of Transportation and Public Facilities used the hashtag #icemageddon2021 in tweets related to the developing situation, which brought flight cancellations and other travel disruptions.

Rick Thoman of the Alaska Center for Climate Assessment and Policy suggested the unusual conditions could be the result of climate breakdown.

Dramatic terms such as icemageddon might seem excessive; unlike the biblical Armageddon, it is not the end of the world. But such language may help alert people to the fact these are serious conditions, sometimes unlike anything seen in their lifetime, and which require special attention. 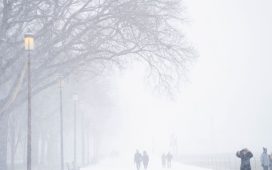 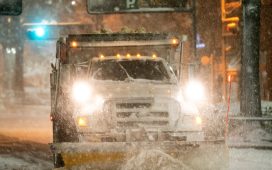 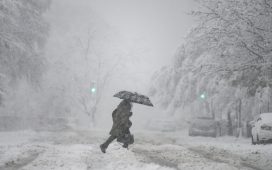 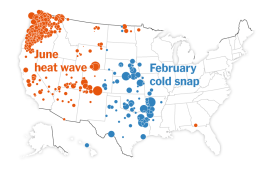 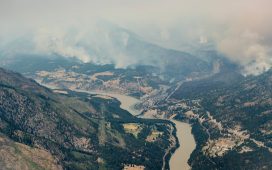 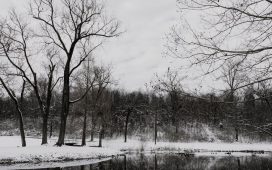 This Winter, Snow Can Help Us Learn to Stop