By Jerome Bouchard and Ken Aso

It’s hard to remember that only four months ago, the aerospace industry was churning out aircraft at unprecedented rates, and airlines were worried that the temporary grounding of the 737 MAX might interfere with what looked like a year of nothing but historic highs. Back then, there were fears that there would not be enough pilots or mechanics to handle what seemed insatiable air travel demand.

Today, in the wake of a worldwide pandemic that has already killed a quarter of a million people and shut down much of the world’s economic activity, more than 70 percent of the global aviation fleet is grounded. Of the 27,500 aircraft in service at the beginning of 2020, less than 7,500 are still flying. And the fleet is unlikely to top 27,000 again until the end of 2022 at the earliest.

Aerospace faces an inventory pile-up of unwanted aircraft ordered in the heyday that may take up to five years to work through. COVID-19 burst the bubble that was fueled by air traffic, global economic growth, and business and leisure trends, triggering massive cutbacks in capacity, layoffs, and order cancellations all along the supply chain. The contraction’s force, depth, and duration make it an unprecedented calamity that will force the industry to consolidate and emerge on the other side more efficient and integrated, but with far fewer players.

The reason for the industry’s malaise is clear: Passenger business has evaporated and airlines — aerospace’s primary customers — are in dire trouble. The 900-plus carriers operating today will be closer to 600 within the next three years because of closures and consolidation. Only about one-quarter have enough cash to make it through the next three months without securing new sources of funding.

To offset the collapse of revenue, airlines are resorting to the quickest fix to cut operating costs — they’re taking aircraft out of service. At some point in 2020, we anticipate close to 18,000 planes to be parked or put in storage, many to never return.

Retirements will be up as well. While for the last five years somewhere between 550 and 750 planes have been retired annually, we expect to see a surge to more than 2,600 over the next 12 months. Candidates now include those planes only 20 years old rather than the typical 25-year-old aircraft.

Ripple effect of a smaller fleet

Thousands of planes sitting around will have a ripple effect through the entire aviation industry. From a manufacturer’s point of view, it means airlines will hesitate to order new planes and will be challenged to accept delivery on ones spoken for earlier. Where pre-COVID we expected 1,066 new planes to be delivered in 2020, that forecast has been whittled down to 522 since the advent of the novel coronavirus contagion. This situation is being exacerbated by the return to service of 737 MAX aircraft that were produced in 2019, but remain undelivered, given the decision by regulators to ground the aircraft in March of that year.

In turn, that clogged pipeline is prompting a reduction in production — one that is still not deep enough to match the drop in deliveries. Right now, we estimate there will be in production somewhere between 100 and 200 so-called white tails — aircraft without buyers. That scale of mismatch between production and deliveries is unprecedented. While those planes will be among the first to be sold off once the market begins to come back, they will inevitably be bought at discounted prices. Despite the overhang, aerospace players cannot completely turn off production if they are to preserve their supply chains. We anticipate a rebound, but not for another two years at a minimum and probably longer.

The production that does happen will support a different mix of aircraft models. Narrowbody aircraft with single aisles — already increasingly favored by airlines — will represent an even larger percentage of production while the portion of widebody jets that predominantly serve international routes can be expected to shrink. In our models, international travel will be the last segment to recover because of ongoing governmental restrictions and a hesitancy among passengers to stray beyond their home countries.

The pain from too much aerospace inventory will also trickle down to the spare parts and maintenance, repair, and overhaul (MRO) aftermarket, with many of the parked planes eventually picked apart for components and other reusable materials. Ultimately, this cannibalization will cut demand for MRO services in half in 2020 — down to about $42.7 billion from the previously forecast $91.2 billion — and threaten the survival of many of the smaller, more vulnerable aftermarket suppliers. Over 10 years through 2030, we estimate the size of the MRO market will be $150 billion less than originally forecast.

Government intervention may end up being a deciding factor on which enterprises will be winners and losers in the COVID-19 crisis. Given the potential size of the coronavirus-related corporate bailout, governments are apt to place strings on the money — requiring, for instance, that companies maintain certain employment levels or agree to specified reductions in carbon dioxide emissions. For instance, France has already said it will ask Air France to cut its emissions and the number of domestic flights it offers as a condition of receiving COVID bailout money. Other nations are expected to follow France’s lead.

As companies fight for subsidies, airlines, original equipment manufacturers (OEMs), suppliers, and MRO providers will begin to consolidate — reorganizing around those most likely to benefit from state aid and most likely to thrive in the harsh economic environment. Aerospace manufacturers can also be expected to intervene to protect their supply chain through direct and indirect aid, joint ventures, and acquisitions and by becoming much more involved in supplier operations. Simultaneously, the OEMs are likely to reduce the complexity of their networks and number of suppliers.

Because of the financial pressures, new business models are also likely to evolve. For instance, airlines may find it too expensive to keep aircraft on their own balance sheet, and aerospace manufacturers could decide it is in their interest to participate more directly in leasing and asset management services, both to generate more business and utilize undelivered airplanes. A trend like this would also impact MRO, a sector into which aerospace manufacturers are already expanding and have voiced the desire to do more. A move toward leasing increases the likelihood of OEM growth in aftermarket services, if they decide it’s cheaper to do maintenance in-house.

This is a challenging time for all participants in the industry — an abrupt and brutal stall in what looked to be, before COVID-19, a decade of growth. But even before the coronavirus, global economies were showing signs of fatigue, and most players were already executing on strategies to blunt any negative impact from an anticipated slowdown at least in the early years of the decade.

Now, preparations must be made for a reversal and a consolidation of players. By mid-decade — assuming an eventual containment of the virus — the industry will be back on its way to building a 35,000-aircraft fleet by 2030. It may not be the 39,000 originally forecast, but it will still represent for the remaining companies a decade of growth, despite its horrific beginning.

Jerome Bouchard is a Paris-based partner in Oliver Wyman’s transportation and services practice. A private pilot himself, Jerome is an aerospace and defense expert with a specialization in business transformation.

Ken Aso, a former Boeing
senior executive, is a Seattle-based partner in Oliver Wyman’s transportation and services practice. He specializes in aerospace engineering and maintenance as well as pricing, sales, and marketing. 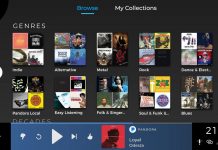 Speaking Of Space Launches, Here’s How Apollo 12 Was Saved By A Steely-Eyed Missile Man, Plus Lessons For Self-Driving Cars 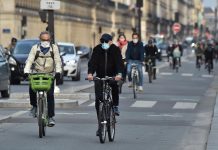 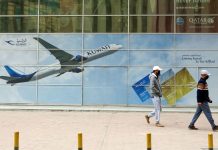 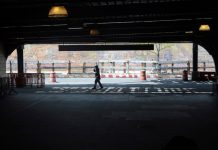 In Midst Of COVID-19, Auto Faces The Next Big Challenge — Carbon Neutrality 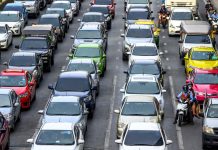 The Car Is Like A Virus, Says Urban Planner But This Is One Pandemic That Politicians Can Prevent 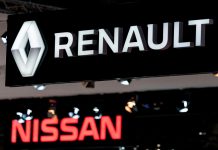