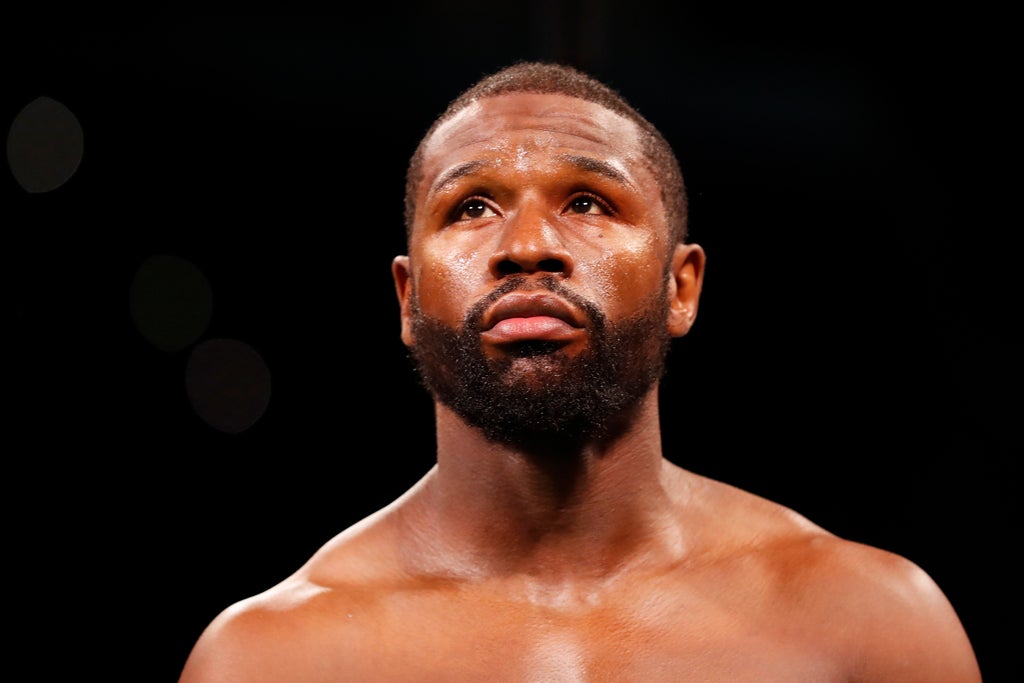 Floyd Mayweather is returning to the ring this weekend for an exhibition fight, his third since retiring from professional boxing in 2017.

Mayweather, 45, retired with a pro record of 50-0 (27 knockouts) after stopping former UFC champion Conor McGregor in the 10th round, having held world titles across five weight classes.

In December 2018, the American took on kickboxing star Tenshin Nasukawa in an exhibition bout, dropping the then-20-year-old multiple times before the Japanese’s corner threw in the towel later in the first round.

Last summer, Mayweather took on YouTuber Logan Paul, who went the distance with his compatriot, surviving all eight rounds.

It is unclear whether Mayweather plans to fight again after Saturday’s meeting with Moore, or whom the legend would take on.

Jake Paul, younger brother of Logan, is 5-0 as a professional boxer and has expressed a desire to face Mayweather.

Jake Paul stole Mayweather’s hat at a pre-fight press conference ahead of his brother’s clash with the Olympic bronze medalist, eliciting an angry response from Mayweather.

An in-ring meeting between Jake Paul and Mayweather could be a possibility, though the 25-year-old American seems intent on competing in professional contests.