The latest Brentford player to make a seamless transition from Ligue 2 to the English second tier, following a path trodden by Saïd Benrahma and Neal Maupay after a club-record £5.5m move from Troyes last summer. Benrahma and Ollie Watkins, who has been reborn as a No 9, have stolen the headlines but Mbeumo has been remarkably consistent in his debut season in the Championship, contributing 14 goals and six assists and, in some quarters, is considered to possess the most potential. Another Brentford forward, Marcus Forss, proved prolific on loan at AFC Wimbledon, scoring 11 goals in 19 appearances before a hamstring injury curtailed his progress in January.

Brentford’s “BMW” of Benrahma, Mbeumo and Watkins have made a big impression but so have QPR’s three-pronged attack, with Chair impressing in between Eberechi Eze and Bright Osayi-Samuel behind, more often than not, a lone striker. Eze earned his stripes on loan at then League Two Wycombe and Chair added further vim to the first team, scoring five goals in 36 appearances following a fruitful six months at Stevenage last year. Chair was born in Antwerp but is of Moroccan descent, prompting inevitable comparisons to the former Loftus Road favourite Adel Taarabt and, though he is only 5ft 2in, the livewire No 10 packs a punch.

Phillip Cocu has been spoilt for choice when it comes to academy talent –Jason Knight and, more recently, Louie Sibley have made a splash – but Bird’s progress has been striking, with Wayne Rooney recently underlining the teenager’s growing importance. “He’s probably the first name on the team sheet,” said Rooney, adding the midfielder should be on the lips of coaches at St George’s Park. “I’d push to say in the next year he could get an England place – I think he’s been that good.” Bird trained regularly with the first team under Frank Lampard last season and has enjoyed a run of games since Christmas. Last May he was named the EFL apprentice of the year, an award given to Ryan Sessegnon and Lewis Cook in recent seasons.

The ice-cool centre-back has barely put a foot wrong this season, playing every minute of every Championship game to help Marcelo Bielsa’s side to top spot. The Brighton loanee excelled in League Two and One at Newport and Peterborough respectively and, after replacing Pontus Jansson at Leeds, he has again relished the jump in standard. White, who was released by Southampton at 16, has been a big hit – last month a five-year-old Leeds fan offered Brighton £15.07 for the defender – and his progress has interested Premier League sides. White is a slick operator, composed but mean in the tackle and everything suggests he will take the next step in his stride, too.

With almost 200 games under his belt, Chaplin is not a new kid on the block but the striker has savoured his first taste of the Championship, hitting double figures for the league’s bottom club. Chaplin had doubts over whether he could perform in the second tier but has thrived since Gerhard Struber’s appointment in November; his tally of 12 goals in all competitions is a career best. The 5ft 7in forward burst on to the scene at boyhood club Portsmouth and came close to leaving for Oakwell two years ago before signing for Coventry, only for Barnsley to again come calling last summer.

The most obvious name on this list, Bellingham has taken the Championship by storm, with Manchester United and Borussia Dortmund among his biggest admirers. At 14 he was dictating games for Birmingham’s under-18s; at 15 starring for the under-23s; and at 16 years and 38 days he made his first-team debut before, a week later, scoring the winner on his first league start. Technically a first-year scholar on £145 a week, he plays with a maturity that belies his years. Though he has thrived on the left flank, his exuberance shines through as a box-to-box midfielder in the position those closest to him feel he will spend his career.

His teammates have nicknamed him Messi, which says a lot about the impact Walsh has made on loan from Bristol City, whose manager, Lee Johnson, said the former Everton youngster needed “40 games on the spin” to become Championship-ready. Together with another Bristol City player, Joe Morrell, who has spent the season on loan at Lincoln, Walsh has been one of League One’s standout performers. In November a wonderful solo strike whereby Walsh drove from halfway before fooling three Rochdale defenders and thumping the ball into the top corner had staff purring and the tenacious midfielder’s form has been central to helping Coventry surge to top spot.

Two years ago the left-back was playing for eighth-tier Herne Bay but, via a week at Jamie Vardy’s V9 academy camp, McCallum is now on Norwich’s books after a breakout season in League One. “It’s this sort of story that it was set up for,” Vardy said. The defender was released by Gillingham at 15 and has worked tirelessly since seizing his second chance. His athleticism, attitude and technique have impressed Coventry’s coaching staff. In January he joined Norwich’s stable of young talent for an initial £2.5m before being loaned back to Coventry.

Exeter are renowned for developing players and they appear to have polished a rough diamond in Williams, who has 14 assists this season – only Kevin De Bruyne has more across the top four tiers. The electric winger, who has shone at wing-back, spent time at Tottenham as a youngster and was picked up by Watford after his release by Crystal Palace, but was allowed to depart on a free in January last year. Williams started his career at Tower Hamlets, playing senior football at the age of 15, but more recently helped Wycombe into League One. “He has a great spring, pace and his standards are unbelievably high,” said the Wycombe manager, Gareth Ainsworth.

An athletic midfielder who shrugs off tackles – he is the most-fouled player in League Two – Adams is another player who has worked his way back into the Football League via non-league. The Gambia international grew up in south-east London and joined Norwich from Dartford in 2016 but was released after loan spells at Shrewsbury, for whom he played five matches in League One, and Leyton Orient. Adams signed from Ebbsfleet last summer and has been a major boon in a disappointing season for Forest Green. “We love him,” said the club’s owner, Dale Vince. “He is so strong and a fundamental part of our team.” 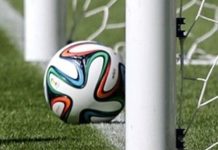 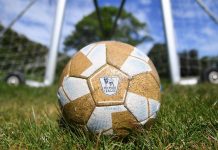 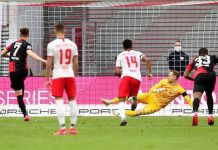 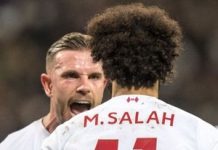 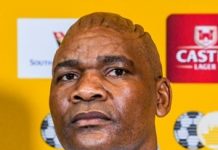 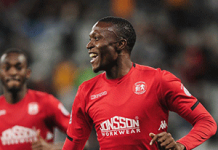