WASHINGTON — As supply chain bottlenecks around the world threaten to hobble the U.S. holiday shopping season, President Joe Biden will unveil a plan Wednesday to try to ease West Coast delays at the ports of Long Beach, California, and Los Angeles by expanding round-the-clock operations.

Central to this plan are commitments by some of the nation’s leading retailers and shippers to ramp up overnight and off-hours operations at Long Beach and Los Angeles.

In an aerial view, container ships (Top L) are anchored by the ports of Long Beach and Los Angeles as they wait to offload on September 20, 2021 near Los Angeles, California.

FedEx, UPS, Walmart and Home Depot will announce their expanded-hours operation plans during a virtual meeting Wednesday with Biden, according to senior administration officials who briefed reporters Tuesday night.

The officials were granted anonymity in order to discuss private sector commitments that had yet to be made public.

The Port of Los Angeles will announce Wednesday that it is shifting to 24/7 operations, following a similar transition by the Port of Long Beach in September of this year, the official said.

Together, the ports of Long Beach and Los Angeles account for approximately 40% of the shipping containers entering the United States.

Another key stakeholder in the plan is the powerful International Longshore and Warehouse Union, which represents thousands of workers at the ports. The ILWU has previously said its members would be willing to work these extra shifts.

The congested Port of Los Angeles is shown in San Pedro, California, September 29, 2021.

For the Biden administration, ramping up nighttime operations at West Coast ports, as well as along freight railroads, in warehouses and shipping hubs represents the fastest and most effective way to move goods off of the waiting container ships and ease pressure on the entire supply chain.

But merely unloading more cargo at the ports will do little to solve the problems plaguing the U.S. supply chain once goods travel further inland. The United States is currently in the midst of a trucking crisis, with a shortage of long-haul truck drivers so severe that some companies are looking for truckers abroad.

The situation at the California ports is dire.

On Oct. 7, there were reportedly around 60 container ships waiting in open water outside Los Angeles and Long Beach for berths to dock in and unload their goods. Before the coronavirus pandemic, it was unusual to see even one vessel waiting for a slip.

In an aerial view, container ships are anchored by the ports of Long Beach and Los Angeles as they wait to offload on September 20, 2021 near Los Angeles, California.

“Ordinary people and businesses are feeling the effects of these delays and bottlenecks. It makes it challenging to get products on the shelves, and for goods to be delivered to the doorstep,” the administration official said.

Experts say the massive bottleneck at the California port complex is the result of a combination of factors, both domestic and global.

Among them, a pandemic-related surge in demand for durable goods in the United States, an outdated domestic freight and rail system, factory shutdowns in places like China and Vietnam, and a shortage of skilled longshoremen on the West Coast.

Bottlenecks at the ports have created a domino effect within the larger economy.

Consumers are being advised to buy Christmas presents in October, for example, if they want to be sure to get a particular item.

Among retailers, both large and small companies are having an extremely difficult time securing cargo containers to transport goods to the United States from Asia, where the lion’s share of consumer products are manufactured.

Pete Buttigieg, U.S. secretary of transportation, right, and Bill Doyle, executive director of the Maryland Port Administration, during a tour of the Seagirt marine terminal at the Port of Baltimore, Maryland, U.S., on Thursday, July 29, 2021.

Skyrocketing costs are also part of the problem. Over the past year, the cost to have one container shipped by freighter from China to the West Coast has soared from around $3,000 in August 2020 to more than $20,000 in September of this year.

The global supply chain bottleneck poses a uniquely complex challenge for the Biden White House, at a time when the president is under intense pressure to accomplish other major priorities.

Among them are bills to enact Democrats’ signature domestic legislation in Congress, legislation to fund the government, another to raise the debt ceiling, forthcoming rules to enact a wide-ranging employer Covid-19 vaccination mandate, and competing pressures from both the left and right to stem a migration surge at the Southern border.

Unlike those challenges, however, there is little the federal government can do to compel private companies to move goods more quickly or efficiently.

Below are the expected attendees at Wednesday’s meeting, scheduled to begin at 1:45 P.M. 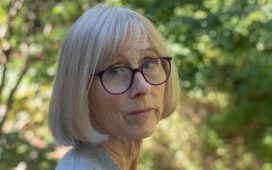 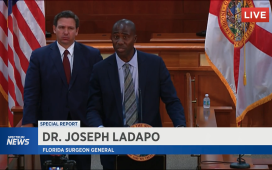 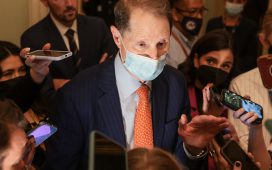 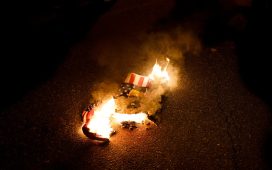 Rep. Omar, a progressive member of Congress, weighs in on the corporate tax rate 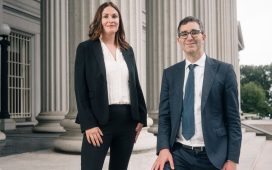 Pastries and Persuasion: How a Global Tax Deal Got Done