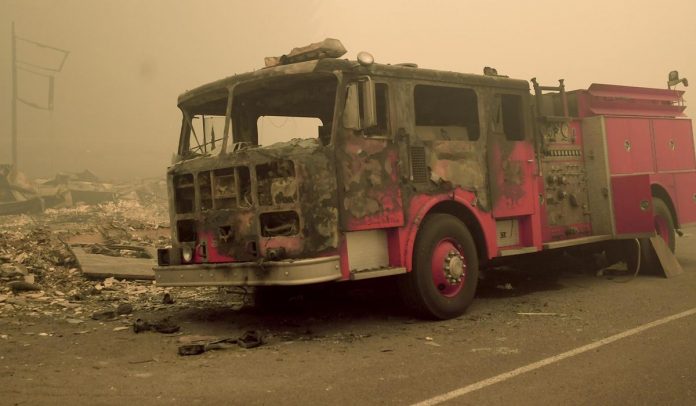 SALEM, Ore. (AP) – The path of devastation spans thousands of miles where flames have consumed people, homes and cars while leaving a barren, gray landscape.

But the massive wildfires aren’t done chewing through the West, shrouding the skies with choking smoke or driving residents from their homes.

It’s an ominous harbinger of fall for the region that was the first to be hit hard by the coronavirus and where the cries for social justice have rung especially loud this summer with protests in Portland for more than 100 days.

“What’s next?” asked Danielle Oliver, who had to flee her home southeast of Portland ahead of the deadly flames. “You have the protests, coronavirus pandemic, now the wildfires. What else can go wrong?”

She’s one of tens of thousands of people displaced by wildfires in Oregon, California and Washington state. Many more are living with air contamination levels at historic highs. The region’s death toll has topped 30 and could increase sharply, with Oregon officials saying they are preparing for a possible “mass casualty event” if more bodies are found in the ash.

Among the people killed was Millicent Catarancuic, who was found near her car on her 5-acre home in Berry Creek, California. At one point she was ready to evacuate with her dogs and cats in the car. But she later changed her mind as the winds seemed to calm and the flames stayed away.

Then the fire changed direction, rushing onto the property too quickly for her to leave. She died, along with her animals.

“I feel like, maybe when they passed, they had an army of cats and dogs with her to help her through it,” said her daughter, Holly Catarancuic.

George Coble lost everything just outside Mill City, Oregon – his fence-building business, five houses where his family lived and a collection of vintage cars, including a 1967 Mustang.

“We’ll just keep working and keep your head up and thank God everybody got out,” Coble said.

In a town nearby, Erik Tucker spent the day coated in ash and smudged with charcoal, hauling buckets of water through what remained of his neighborhood to douse hot spots.

“No power, debris everywhere, smoke, can’t breathe,” he said, his words sparce in the air thick with ash.

Fire-charred landscapes looked like bombed-out cities in Europe after World War II, with buildings reduced to charred rubble piled atop blackened earth. People caught in the wildfires died in an instant, overcome by flames or smoke as they desperately tried to escape.

California has borne the brunt of the death toll so far, as more than two dozen active major fires have burned thousands of square miles. President Donald Trump plans to visit Monday for a briefing.

Some of the worst blazes were still burning in northeastern Washington and Oregon. The Democratic governors of all three states have said the fires are a consequence of global warming.

“We absolutely must act now to avoid a future defined by an unending barrage of tragedies like the one American families are enduring across the West today,” said Joe Biden, the party’s presidential nominee.

The dry, windy conditions that fed the flames were likely a once-in-a-generation event, said Greg Jones, a professor and research climatologist at Linfield University in McMinnville, Oregon. The warmer world can increase the likelihood of extreme events and contribute to their severity, he said.

There was some good news Saturday: The same smoke that painted California skies orange also helped crews corral the state’s deadliest blaze this year by blocking the sun, reducing temperatures and raising humidity.

Smoke created cooler conditions in Oregon as well. But it was also blamed for creating the dirtiest air in at least 35 years in some places, “literally off the charts,” the state’s environmental quality spokesperson, Laura Gleim, said.

In Portland, smoke filled the air with an acrid metallic scent like dull pennies. It was so thick that Ashley Kreitzer could not see the road when she headed to work as a driver for a ride-hailing service.

“I couldn’t even see five feet ahead of me,” she said. “I was panicking, I didn’t even know if I wanted to go out.”

People stuffed towels under door jambs to keep smoke out or wore N95 masks in their own homes.

Meanwhile, there was political turmoil as Oregon’s fire marshal was forced out while a half-million state residents were under evacuation warnings or orders to leave. Details were scarce on why he was put on leave then resigned amid a nearly unprecedented disaster.

Oliver, 40, who fled her Portland-area home, has an autoimmune disorder. She was nervous about going to a shelter because of the coronavirus, but her other option was sleeping in a car with her husband, 15-year-daughter, two dogs and a cat.

The temperature checks and social distancing at the American Red Cross shelter helped put her mind at ease. Oliver has lived through homelessness before and now can only hope the family’s house survives. 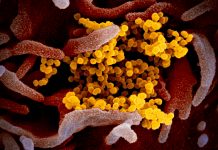 HHS wants to test 30% of U.S. wastewater for the coronavirus as an 'early warning system'

A better alternative to phthalates? 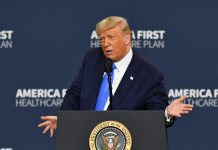 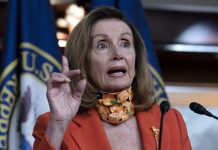 Nancy Pelosi: Affordable Care Act is at the heart of Supreme Court fight 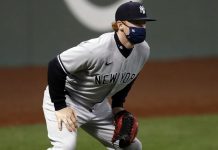