Joe Biden is poised to sign into law more than $52 billion in incentives designed to lure chipmakers to the U.S. — “exactly what we need to be doing to grow our economy right now,” he said last week.

But the president’s dream lacks a key ingredient, our Brendan Bordelon and Eleanor Mueller write — a small yet critical core of high-skilled workers.

From Ben and Eleanor: “From electrical engineering to computer science, the U.S. currently does not produce enough doctorates and master’s degrees in the science, technology, engineering and math fields who can go on to work in U.S.-based microchip plants. Decades of declining investments in STEM education means the U.S. now produces fewer native-born recipients of advanced STEM degrees than most of its international rivals.

“Foreign nationals, including many educated in the U.S., have traditionally filled that gap. But a bewildering and anachronistic immigration system, historic backlogs in visa processing and rising anti-immigrant sentiment have combined to choke off the flow of foreign STEM talent precisely when a fresh surge is needed.”

The administration hopes the chip subsidies will turn the U.S. into a hub of microchip manufacturing — part of a nationwide effort to head off another microchip shortage, shore up the Western world’s advanced industrial base in the face of a rising China and claw back thousands of high-end manufacturing jobs from Asia, Brendan and Eleanor write.

But all the chip subsidies in the world will fall flat without enough high-skilled STEM workers.

“These semiconductor investments won’t pay off if Congress doesn’t fix the talent bottleneck,” Jeremy Neufeld, a senior immigration fellow at the Institute for Progress think tank, told Ben and Eleanor.

Beyond STEM — The U.S. is grappling with a labor supply shortage that has kept job vacancies near record highs for months, which experts have attributed in part to declining legal immigration that was exacerbated by the pandemic and other policy changes.

Researchers at Goldman Sachs said an immigration slowdown from 2019 to 2021 left the labor force about 1.6 million workers smaller than it would have been if it had stayed on its pre-pandemic trend. “And while green card issuance and temporary work visas have rebounded recently to roughly their previous levels, immigration rates would need to increase even more to make up for the shortfall,” they wrote in a May 31 report.

Federal Reserve officials have suggested greater immigration could make their jobs easier, too, as they try to ease labor market pressures to help bring down decades-high inflation.

We’ll get a fresh read on the health of the labor market this week when we get new data on vacancies and quit rates tomorrow, plus a July jobs report on Friday. Economists expect employers added only 250,000 jobs last month, a marked slowdown from the 372,000 jobs added in June.

EARNINGS WATCH — WSJ’s Dean Seal: “CVS Health Corp., Starbucks Corp. and Uber Technologies Inc. are among the companies headlining another busy earnings week as investors look for signs of a recession after a second quarter of contraction in the U.S. economy.”

INFLATION REDUCTION (EVENTUALLY) ACT — Democrats’ latest reboot of Build Back Better, specifically marketed to fight inflation, won’t actually do so until after the 2024 presidential election, according to the budget experts at The University of Pennsylvania’s business school, our Jennifer Scholtes writes.

FIRST IN MM: LUDWIG ON CRA — Former Comptroller of the Currency Gene Ludwig is urging federal regulators to use their authority under the Community Reinvestment Act to give banks more tools to extend credit to low- and moderate-income individuals during economic downturns. The Fed, the FDIC and the Office of the Comptroller of the Currency are currently accepting public comments on a proposal to revamp the 1977 anti-redlining law.

In a letter to the agencies, Ludwig — who helped lead the CRA’s last overhaul during the Clinton administration — also doubled down on previous calls calls to extend the law to nonbank lenders and fintechs. “This asymmetry— banks make less than half the country’s loans yet are the only entities obligated to ensure their lending (and deposit) activities serve the convenience and needs of their communities—needs to be addressed,” wrote Ludwig, who now chairs the Ludwig Institute for Shared Economic Prosperity.

YELLEN’S GLOBAL TAX PLAN GETS NO LOVE FROM MANCHIN-SCHUMER DEAL — Bloomberg’s Christopher Condon: “Tax changes included in the bill fail to bring the US in line with a global deal championed by Yellen and backed last year by almost 140 countries, which aims to reshape the way multinational companies are taxed around the world. Failure to get the US on board for the specific change — a 15% global minimum corporate tax — risks forgoing billions in tax revenue and sinking one of President Joe Biden’s and Yellen’s key accomplishments.”

BANK OF AMERICA IN SETTLEMENT TALKS — Reuters’ Elizabeth Dilts Marshall: “Bank of America said on Friday that it is engaged in settlement talks with the U.S. Securities and Exchange Commission and the Commodity Futures Trading Commission over staff communications on unapproved devices.”

KASHKARI: FED ‘A LONG WAY’ FROM BACKING OFF — NYT’s Jeanna Smialek: “Neel Kashkari, the president of the Federal Reserve Bank of Minneapolis, suggested on Friday that markets had gotten ahead of themselves in anticipating that the central bank — which has been raising interest rates swiftly this year — would soon begin to back off.”

CONSUMERS HAVE POWERED THROUGH PANDEMIC, INFLATION, UNTIL NOW — WSJ’s Annie Gasparro and Theo Francis: “The past week revealed new evidence from companies and the government that household spending is increasingly strained. Families are paring back purchases of items such as electronics and furniture as prices for essentials like food and gasoline have become more expensive.”

—Falling prices for commodities such as wheat or corn are set to slow consumer food price increases, WSJ’s David Harrison also reports. “But economists warn it is too soon to declare victory.”

ARE WE THERE YET? — WaPo’s Gerrit De Vynck, Rachel Lerman and Caroline O’Donovan: “In recent days, executives from the biggest tech, retail and consumer products companies all attempted to address questions about the state of the economy, which has teetered on the brink of a recession. It’s complicated.”

NOWHERE TO RUN — Bloomberg’s Shubham Saharan: “The last time inflation burned hot, consumers could put money in the bank and watch it grow like the prices on store shelves, easing much of the pain. Not this time — and that’s stoking profits for US lenders … The gap between what banks pay depositors and what they earn from lending money to borrowers hasn’t been so wide in the past half-century, with the average savings account paying a skimpy 0.06%.”

DON’T DO THAT — Bankrupt crypto lending business Voyager Digital’s marketing materials included language that assured customers that their deposits were FDIC insured in the event of the company’s failure. They were not. Both the FDIC and the Federal Reserve last week directed Voyager to “cease and desist from making false and misleading statements concerning the company’s FDIC deposit insurance status and take immediate corrective action to address these false statements.”

The FDIC followed up Voyager’s cease-and-desist with a public warning to banks about the risks of partnering with a nonbank crypto issuer that plays fast-and-loose with marketing materials.

COOL DOWN — Venture capital investment in blockchain-based startups fell by almost 30 percent during the second quarter, the first quarterly decline in venture investment in two years, according to new research published by CB Insights.

BUT ARE THEY SECURITIES? — From Bloomberg’s Andy Hoffman: “The collapse in cryptocurrencies is easing supply of the most sought after watches on the second-hand market, depressing prices for hard-to get-Patek Philippe and Rolex models.”

Foreign investors have pulled funds out of emerging markets for five straight months in the longest streak of withdrawals on record, highlighting how recession fears and rising interest rates are shaking developing economies. — FT’s Jonathan Wheatley

Ukraine’s president said on Sunday that the country’s harvest could be half its usual amount this year due to the Russian invasion of Ukraine. — Reuters 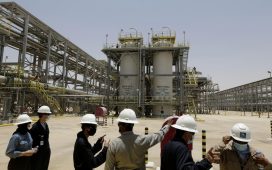