In high school, 15-year-old Heidi Schreck won enough prize money giving Constitution-themed speeches at American Legion halls to pay her way through college. A quarter-century later, Schreck spun her memories of all that youthful idealism into a hit Broadway show, “What the Constitution Means to Me,” which has proven to be every bit as much a “living, breathing document” as its subject since its 2019 debut at the Hayes Theater.

No doubt, in teaming with “The Diary of a Teenage Girl” director Marielle Heller to release a filmed version of her show on Oct. 16, she hoped that her words might impact the 2020 presidential election. What Schreck couldn’t have imagined is that the same week the special dropped on Amazon Prime, Senate lawmakers would be posing that very question to Donald Trump’s latest Supreme Court nominee, Amy Coney Barrett, asking this female “originalist” what the Constitution means to her.

Like her mentor Antonin Scalia, Barrett believes in interpreting the Constitution according to the intentions of the Founding Fathers — a turn-back-the-clock position that makes it especially impactful when, two-thirds of the way through the show, Schreck pauses to play an audio clip from the late Ruth Bader Ginsburg. Here, in Schreck’s words, is the flaw in being so literal about the Constitution: The document, she points out, “was designed to protect the men who made it and their property — which was sometimes people — from the government.”

Early on, she asks white male property owners in the audience to raise their hands, pointing out that all the others in attendance would have been excluded from having a vote — or a voice — in the formation of our democracy. No wonder, she argues, that the United States is one of the 10 most violent countries in the world for women, and she targets much of her attention in the play’s second half on sexual assault and domestic abuse.

At one point, she throws out a statistic: So far this century, more American women have been killed by their male partners than Americans have died in wars. How does that number compare with the number of deaths by COVID-19? And why haven’t we been more focused on solving the pandemic of violence against women? Schreck doesn’t raise this question outright (the COVID comparison couldn’t have existed when the show was filmed pre-lockdown), but it’s easy to extrapolate, seeing how a motivated nation responds to a clearly defined crisis.

Schreck performs the show in a half-imagined version of the American Legion hall in Wenatchee, Wash., channeling her teenage self in this literal boys’ club, its walls crowded with black-and-white photos of proud servicemen — hundreds of them, which collectively reinforce the sensation of being surrounded by dudes — but finding the strength to raise one’s voice all the same. Schreck presents herself as an ingénue at first, poking fun at the naiveté of her 15-year-old self. Her speech shows enthusiasm, but is endearingly clumsy in ways as well, as she calls the Constitution “a crucible” (a reflection of her adolescent obsession with witchcraft, perhaps) and critiques her own performance.

Women will recognize what she’s doing, as her form of self-deprecation has been a familiar tactic in winning over male listeners in this culture: One must play things a bit hesitant at first, charming the audience with humor and awkwardness before raising issues that might seem strident or “nasty” (to use Trump’s double standard) when articulated too forcefully. Schreck has slyly designed “What the Constitution Means to Me” to appear rambling and extemporaneous, when in fact, her monologue is carefully calibrated in how it parcels out her deeply personal perspective.

Schreck knows better than to announce at the outset that she has had an abortion, for example, and saves the revelation about how her family was impacted by domestic abuse until it will be most impactful. After sharing how she too identifies as a survivor, Schreck plays an audio clip from a 1965 Supreme Court recording made 16 years before Sandra Day O’Connor joined the all-male institution. “Here are nine men deciding the fate of birth control, four of whom are cheating on their wives,” she says, and we cringe as we realize how out of touch they are with (at least) half the population.

Director Heller does a better job of adapting Schreck’s play than the team behind Disney Plus’ recent “Hamilton” film, in part because the underlying production is so much simpler. There are just two people onstage for most of the show — Schreck and largely silent co-star Mark Iveson, who’s tasked with embodying “positive male energy” as an American Legion emcee — and Heller clearly considers the audience to be an important part of the experience, frequently cutting to them for reactions.

Toward the end, Schreck invites a local parliamentary debater, Rosdely Ciprian, to join her onstage. A Black high school student from New York City, Ciprian brings still more perspective to the conversation, leading a fiery back-and-forth with Schreck over whether to abolish the Constitution altogether. Earlier, Schreck had focused on the Ninth and Fourteenth Amendments, which provided for rights not explicitly enumerated in the Constitution and extended equal protection to all citizens. Now, through this younger, nonwhite voice, she acknowledges that the document still has enormous room to grow, and is forced to defend a system whose intrinsic biases she’s just enumerated.

On Broadway, Schreck hands out pocket-size copies of the Constitution to the audience, inviting attendees to vote on whether to preserve American democracy as it now stands or to scrap it and start over. That doesn’t work as well in a filmed version (nor does the show’s coda, a faux-casual segment in which Schreck and Ciprian field questions from previous theatergoers), although the seemingly extreme premise — that the elusive American ideal of equality might require a radical rethink of its governing principles — seems more pressing than ever in the final days of a Trump presidency. 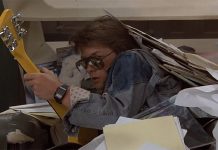 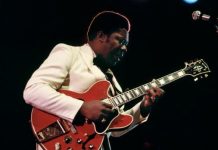 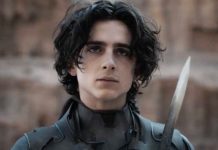 Stevie Nicks on Her New Concert Film, the ‘Crazy’ Resurgence of ‘Dreams’ and Staying in Touch With the Spirits of Prince and Tom Petty 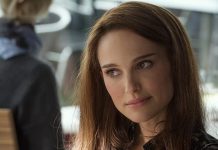 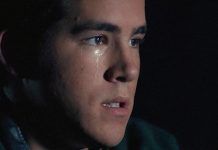 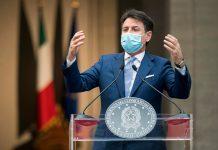 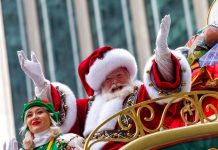 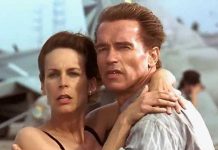 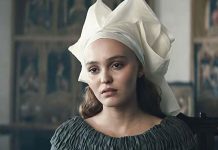