What might a Pope Francis retirement mean for the Catholic church?


Almost a decade has passed since Pope Benedict XVI became the first pontiff for 600 years to retire rather than die in office.

The idea of two popes – one serving and one emeritus – intrigued some and troubled others. It even became the subject of a highly fictionalised bromance movie, starring Anthony Hopkins and Jonathan Pryce.

But three popes? That prospect was raised by Pope Francis last weekend when he told reporters on his return to Rome after a penitential visit to Canada that the “door is open” to his retirement. It would not be a catastrophe, he said.

His comments, at the end of a testing six-day trip during which the Holy Father was seen using variously a wheelchair a walker and a cane, were not the first time Francis has hinted at retirement.

Almost as soon as he was elected, in March 2013 at the age of 76, Francis began alluding to a time when he would no longer be pope – either because of death or retirement.

His health – which has been a concern since he had a lung removed as a teenager – has deteriorated in recent years. He has sciatica, and last year he underwent major surgery to remove a section of his large intestine. It required six hours of general anaesthesia, which caused lasting side-effects, and a 10-day stay in hospital. That, he said, lay behind his reluctance to undergo further surgery to repair a strained ligament in his right knee, despite the near-constant pain it causes.

The papal biographer Austen Ivereigh said: “From very soon after he was elected, Francis said that Pope Benedict’s resignation had changed the institution of the papacy and that all popes from now on would need to reflect on whether they should stand down for reasons of frailty.

“Modern popes do a lot of gruelling and demanding travel. The extrovert nature of the contemporary papacy means endless meetings and crowd gatherings, and a certain level of fitness is required.

“Plus modern medicine means you can carry on living in a frail state in a way that you couldn’t before. Being elected for life now needs to be understood as: so long as you have vitality.”

On stepping down, Benedict took the title of pope emeritus. He has continued to wear the incumbent’s traditional white cassock, and lives within the Vatican at the Mater Ecclesiae monastery. Francis has already indicated that he would take the title of emeritus bishop of Rome, live quietly outside the Vatican, and eschew the papal white robes.

A couple of weeks ago, in a television interview, Francis described his predecessor as “saintly and discreet”. But, he added: “In future, things should be delineated more, or things should be made more explicit.”

The existence of two popes has not always been easy. Ivereigh said: “When the emeritus pontificate was created, effectively as a new institution, the fear was it would be confusing, it could act as a focus of opposition or contrast with the existing pope.

“I don’t think Benedict himself has done anything to fuel that. But I think he’s allowed a kind of court around him. There have been many instances where the pope emeritus has effectively been manipulated in the service of traditionalist agendas. It creates a sense there is a rivalry.

“Francis has been incredibly patient about this and it hasn’t appeared to have bothered him – but I think he’s very much taken note of it.”

In the short term, Francis is likely to further reduce foreign travel, although he has announced a visit to Kazakhstan in September and is keen to reschedule a trip to South Sudan that was postponed earlier this year on medical advice.

A decision on retirement would come after deep reflection and discernment, and would probably wait until Benedict – now 95 and extremely frail – had died, said Ivereigh.

“Every papal transition is traumatic. But Francis will know when the church needs fresh energy and renewal. He will find the right time.” 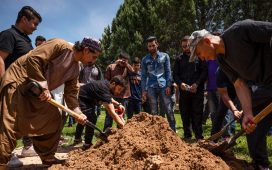 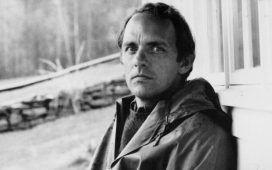 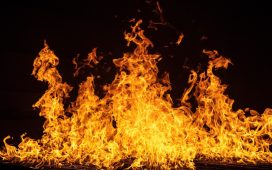 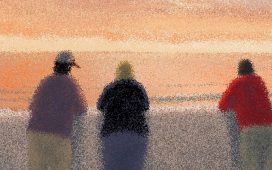