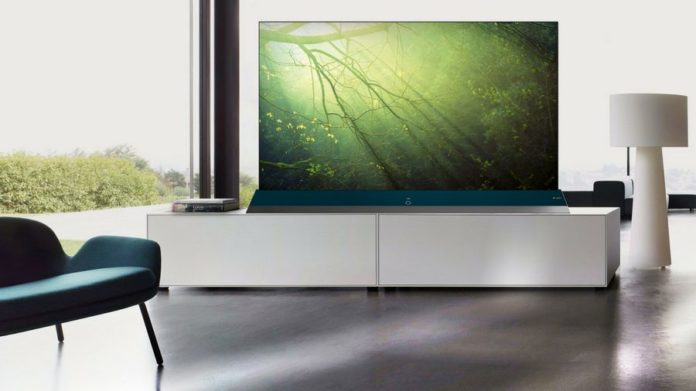 8K resolution has arrived. While the ultra-high resolution felt unnecessary only a couple of years ago, the push for commercial 8K TVs from today’s biggest manufacturers is starting to cement the technology’s place among the best TVs available on the market.

The likes of Samsung, Sony, Toshiba, Hisense, and LG are all ploughing ahead with 8K televisions. And it’s been a great year so far for getting a taster of the dazzling new models to come.

Earlier this year at the CES 2019 tech expo we saw the the LG 8K OLED, LG SM99. Fast-forward nine months later to the IFA 2019 European tech event of the year and there are even more on show from the likes of Samsung’s 55-inch QLED 8K TV to TCL’s new X-Series TV that has an 8K resolution. But there’s much more to come…

UPDATE: IFA 2019 brought us many new TVs and plenty of new 8K news. We’ve added the announcements and news you need to know to this guide, including Samsung giving HDR10+ the 8K treatment, Samsung’s launch of the 55-inch QLED 8K TV – which is its smallest to date, a range of new LG 8K TVs and, finally, two new 8K TVs from TCL.

There’s also an 8K Association – a community of TV makers that include Samsung Electronics, Panasonic, Hisense, TCL, and AU Optronics – set up to guide the visual standard of the future – with a new 8K standard to ensure consumers know they’re getting minimum specs suited to the high-resolution panel (even if LG goes by slightly different measurements).

Other TV-tangential companies such as Tencent, Xperi, Intel, and Chili have also joined the 8K Association, showing an expanded desire by technological organizations to invest in (and shape) the development of the advanced panel resolution.

While 8K sets are still the preserve of committed cinephiles – you’d have to be, with those prices – we’re certain to see the technology keep trickling down to cheaper sets, just as 4K did.

As manufacturers, broadcasters, and production studios are starting to get behind the new technology, it’s crucial to know what you can expect to see on your televisions in the coming years, and the 8K technology that’s actually on offer now.

So what really is 8K resolution, and does it really make that much of a difference? We’ve got all the information you need right here.

In a 65-inch screen they are so small you won’t even be able to make out the pixel structure – though many 8K TVs are much, much larger.

If you just wanted a quick and simple definition, move onto the next section. But if you want to find out a bit more about 8K and why it’s caused a bit of a stir among TV brands, you’ll want to find out about LG’s 8K tech.

LG has released a range of 8K TVs a year after they were first announced (we’ll cover those later), but the interesting thing is LG claims competitors don’t offer the same experience as LG’s real 8K.

So what’s this argument about “real 8K”? Well, LG is citing the Information Display Measurements Standard (IDMS) for pixel differentiation, arguing that 8K TVs shouldn’t just be defined by the number of pixels they have (7,680 x 4,320), but also how well the TV panel can distinguish / contrast between those pixels. If those tiny self-emissive dots start to merge the brightness or colors of their output, then there’s little point in having so many.

LG claims its new 8K TVs achieve this Contrast Modulation (CM) “in the 90 percent range”, leading to what it calls “real 8K”. (The IDMS standard only requires 25 percent for images, or 50 percent for text.)

These claims came only a day after the 8K Association, an organization for encouraging the adoption and development of 8K, with members including Samsung, Panasonic, Hisense, and TCL – though notably not LG – set out its own standard for 8K TVs. Its mainly sensible stuff, such as HDMI 2.1 ports, high enough frame rates, 8K resolution, and a minimum 600 nits peak brightness, but no mention of the Contrast Modulation measurement used by LG.

Why is it called 8K?

It’s called 8K because the images are roughly 8,000 pixels wide, give or take a few hundred, but the specification also comes under the umbrella term Ultra HD, so some people use the term Ultra HD 8K. Others still call it 8K Super Hi-Vision, such as NHK – Japan’s largest public broadcaster – which invented it back in the year 2000 and branded it in 2012.

What is the resolution of 8K?

Absolutely, yes. Full HD 1080p TVs gave you a two-megapixel image, which isn’t much compared even to what your smartphone’s camera is capable of. 4K ups that to eight megapixels, which still seems underwhelming considering the capabilities of human vision and, again, what smartphone screens can now achieve.

So the 33-megapixel image of 8K – the next mathematical step-up from 4K – could at last provide the kind of immersion we’ve been searching for. Or, at least, that’s the theory.

Are 8K TVs already on sale?

Yes, and you’ve been able to do so for a little while now already.

We’ve come a long way from the proof of concept 8K TVs we’ve been seeing at conferences for the past few years. When we first saw the 98ZHQ2R TV from Chang Hong back in 2017, the 98-inch set appeared to be held in place by something akin to scaffolding, so thick were the supports.

But that’s all changed now – the latest wave of 8K TVs are every bit as thin and home-friendly as what we now expect from our existing 4K TV models.

So what mainstream 8K TVs are on the market?

The 88-inch LG 8K OLED and 75-inch LG Nano Cell 8K LED TV are now rolling out in the US, UK, Australia, France, and Germany too. So even OLED TVs are getting in on the action.

There were lots of new 8K TVs announced at IFA 2019, but bear in mind it might take a few months for these to reach the market.

It’s also worth checking out TCL’s range, including the TCL Mini LED TV with 8K and AI learning, as well as this TCL’s new X-Series TV that has an 8K resolution, uses AI learning, has a retractable camera and supports augmented reality content. Yep, you read that right. It also has a ‘duo-display design’ that ‘allows viewers to enjoy a mini-screen independently’. Let that all just sink in for a minute.

Both of these 8K televisions use LG’s latest a9 Gen 2 8K processor, support HDR, Dolby Vision, and HLG formats, with Apple Airplay 2 and HomeKit support. You’ll get four HDMI 2.1 ports too, in order to ensure 8K video can pass through cables at 60fps, or 4K video at 120fps.

There are many sources that will produce 8K content. The first is Hollywood, whose directors have begun to use the new RED Weapon 8K camera (Guardians of the Galaxy Vol. 2 has already been filmed this way in 8K).

And with the advent of truly commercial 8K TVs, there’s sure to be a growing market of 8K content from all sorts of traditional TV production studios (and likely Netflix).

Second is the Tokyo Olympics, which means waiting until 2020. However, 8K will only be broadcast by NHK in Japan itself.

Coinciding with the IFA 2019 technology expo, Samsung has partnered with a number of streaming services across Europe – including CHILI, MEGAGOGO, and The Explorers – to start displaying 8K HDR10+ content.

Lastly – and perhaps most tellingly – 8K content will come from all of us. 8K capture from 360-degree video cameras is already offered by the GoPro Omni VR and Insta360 Pro, which was launched at CES 2017.

“Talk to the VR guys and they’re tell you that the higher the resolution and frames rates, the better,” says Jeff Park, Director of Marketing at HDMI Licensing, whose new HDMI 2.1 permits 8K image transfer. “VR today looks good but it lacks fidelity … if it was affordable and practical, they would do 8K now,” he says. 8K-per-eye VR headsets, anybody? They’re surely in the pipeline alongside a wider field of view.

But, in the interim, it’ll be advanced upscaling processors that will take full HD and 4K content and make them ready for the 8K big time, redefining the sharpness possible from existing sources.

8K TVs aren’t likely to feel like necessary purchases for a while yet, but there’s already enough content on the horizon for us to expect a bright future for the high-def technology. 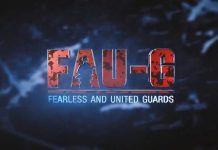 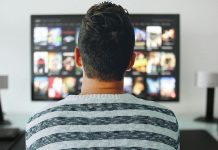 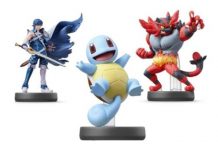 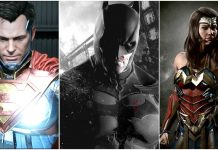 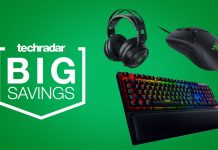 Razer PC gaming deals: save on keyboards, mice, headsets and more this weekend 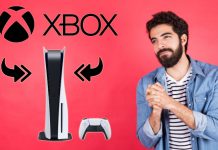 5 Xbox Series X features I wish were on PS5 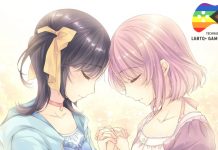 Lesbian love syndrome: a history of Yuri and lesbian romance in gaming 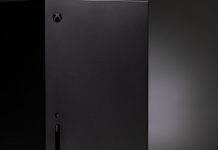 The Xbox Series X is available at Target 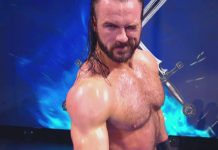 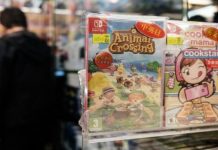