What does Gavin Newsom’s recall victory mean for California?


California’s governor, Gavin Newsom, defeated a historic Republican-led recall effort, securing a victory that will probably save his political career and bolster the continuation of the Democrat’s policies.

Newsom on Tuesday easily fought back the attempt to remove him from office less than three years into his first term. Incomplete returns showed him heading toward a landslide win with about 65% of the vote.

The Democratic governor, who is broadly popular in the state, faced more than 40 candidates opponents eager to take over the helm of the Golden state. His leading challenger, Larry Elder, a rightwing radio host who opposes the minimum wage and gun control, tried to sow doubt about the outcome even before polls closed Tuesday.

Newsom did not hold a watch party or election night celebration. Instead, he struck a somber tone speaking to reporters on Tuesday night, saying: “Tonight I’m humbled, grateful, but resolved.

“Democracy is not a football. You don’t throw it around. It’s more like, I don’t know, an antique vase,” he added. “You can drop it, smash it into a million different pieces – and that’s what we’re capable of doing if we don’t stand up to meet the moment and push back.”

‘A choice about life and death’

Spearheaded by Republicans opposed to Newsom’s progressive policies, the recall effort gained steam during the height of the pandemic amid frustrations over prolonged school closures, business restrictions and enormous backlogs at the state’s unemployment agencies.

Elder promised a sharp change in course if elected to lead America’s most populous state. He vowed to strip back public health policies, including coronavirus restrictions such as mask and vaccine mandates.

“I don’t drink coffee, I drink tea, and when I become governor, assuming there are still mandates for vaccines and mandates for face masks, they will be repealed before I have my first cup of tea,” Elder told supporters at an August rally in California’s central valley, where the rise of the Delta variant has begun to overwhelm hospital intensive care departments.

Elder had also spoken in opposition to the minimum wage, had been critical of the landmark Roe v Wade decision on abortion rights, and had promised to select conservative judges and replace the 88-year-old Democratic senator Dianne Feinstein with a Republican if given the opportunity.

With Elder in the race, Newsom framed the election as a competition between two radically different visions for California’s future and referendum on the future of Trumpism in American politics. Newsom called Elder “more extreme than Donald Trump” and characterized the choice between him and Republican challengers as a “choice about life and death”.

California voters on Tuesday clearly indicated they didn’t want a dramatic change of course. “It’s somewhat remarkable that Newsom was able to take the Covid issue, which might have been a fatal weakness for him and was able to turn it into a considerable strength,” said Dan Schnur, a politics professor who has advised Republican candidates.

“Larry Elder handed [Democrats] so many gifts on a platter. He is literally the antithesis of most California voters,” said Dana Williamson, who was a top adviser to former California governor Jerry Brown.

Newsom’s victory secures his ability to run for re-election in 2022, potentially warding off any major challengers, and preserves his place as a national political figure.

“Now he wins this, he wins again in 2022 and now we’re all on to 2024 and beyond and he becomes a viable presidential candidate,” said Jack Citrin, a political science professor at UC Berkeley. “Every crisis is also an opportunity.”

Having survived the recall, Newsom will serve one more year before he is up for re-election. “If he had survived by a small margin, it is very likely another Democrat would have run against him from the left next year,” Schnur said. “But given a landslide like this one, it’s very hard to see that happening.”

With a little more than a year left in his term, Citrin expects Newsom will avoid “self-inflicted wounds” such as his ill-fated visit to the Michelin-starred French Laundry restaurant during the state’s Covid surge last fall, and make a greater effort to connect with Latino voters. “There has been some sense in this campaign that he has not had a strong a following among Latino voters as you would want given the growing political and electoral power of Latinos.”

Newsom’s win comes as California is facing huge policy challenges, including homelessness, a housing shortage that is driving up already unaffordable housing prices and the dual environmental crises of drought and wildfires.

California is in the midst of another devastating fire season, and in recent years flames have leveled entire towns, destroyed thousands of homes, and killed more than 180 people. Experts have warned that the state’s wildfires are outpacing government interventions, and that decisive leadership is needed to solve the crisis by taking action on the climate crisis and reintroducing fire into the landscape.

As the state battles worsening fires, it also faces a devastating drought that has left reservoirs dangerously low, put pressure on the agricultural industry and threatened the power supply from hydroelectric plants. Though the state has spent billions preparing, experts say more ambitious solutions are still needed to navigate the coming years.

Meanwhile, the expensive election, which could cost the state as much as $300m, is sure to spark more questions about reforming California’s recall system, which has been the subject of intense criticism in recent months. Citrin doesn’t see the recall going away any time soon, but expects there may be efforts to tweak the process by requiring more signatures. 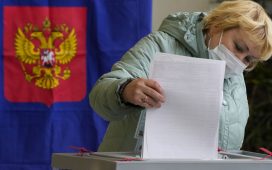 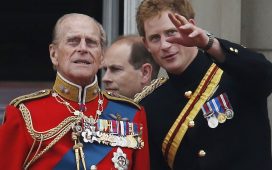