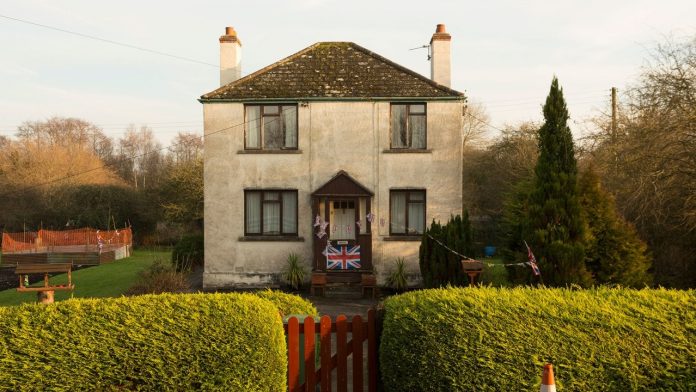 Since the nineteen-eighties, Laura Wright, a historical linguist at the University of Cambridge, has carried out much of her research at London’s Metropolitan Archives. Wright studies the way that Standard English, as linguists call it, came to be standardized. “My career has been spent looking up, What did people actually write in the thirteen-hundreds? What did they actually write in the fourteen-hundreds?” she told me recently. One of Wright’s subjects has been the records of medieval shopkeepers and businesses on London Bridge, which captured the blend of Latin, French, Anglo-Norman, and Old English that became the modern English language. Waiting for her manuscripts to appear at the archives, which are kept in Clerkenwell, not far from the ancient heart of the city, she fell into the habit of flicking through old post-office directories that were on the shelves nearby. Wright considers British names and accents to be vessels of deep history, complex codes that indicate our place in the social order. “We live in a democracy, supposedly, but we are still feudal in our voices,” she said. People have named dwellings in the British Isles for as long as there have been dwellings, and over the centuries there have been periods, like the turn of the twentieth century, when these names have acquired an astonishing expressiveness. Here are some house names from Selsey, a seaside town in West Sussex, from 1915:

Wright used to have a slot on local radio, to discuss language in London, and she would occasionally talk about house names that caught her eye. “If you just pick out some weird, wonderful house name from the eighteen-eighties, you can sometimes work out who lived in the house and who called it that, and why they called it that,” she said. “That was fun to do.” But Wright didn’t think house names were worthy of academic attention. That’s because, to most contemporary British middle-class ears, they are naff. If you don’t know what naff means, the Oxford English Dictionary defines it as “unfashionable, vulgar; lacking in style.” The O.E.D.’s fourth citation, taken from the Sunday Telegraph, in 1983, reads, “It is naff to call your house The Gables, Mon Repos, or Dunroamin.” In 2011, Wright decided to take house names seriously. “I examined my own prejudice,” she told me. Sociolinguistics in a class-conscious country like Britain is a charged subject. “You won’t find anything in textbooks on how Shakespeare might have been what we call a T-H-fronter—he would have said ‘birfday’ rather than ‘birthday,’ and ‘muvver’ rather than ‘mother’—because that has been taboo,” Wright explained. “I realized I, too, am suffering from this blindness to house names, even though they are literally staring you in the face.”

Earlier this month, Wright published “Sunnyside: A Sociolinguistic History of British House Names,” in which she organizes roughly a thousand years of the nation’s house names into categories that include the transferred place name, the nostalgically rural, the commemorative, the upwardly mobile, and the latest fad. (The twenties were mad for puns: Wright has tracked an early use of “Dunroamin”—a play on the Scottish place-name element, as in Dundee, and “roamin,” as in drifting around—to 1926.) Naming habits have remained amazingly stable. The mead hall in “Beowulf,” the oldest known work of English literature, is called Heorot, which survives as the White Hart, a common pub name. House names from before 1200 often derived from the head of the household, like Ceolmund or Wærman, but by the fourteenth century, inspired by chivalric crests and religious imagery, they had titles like Le Griffon, La Worm, Le Dolfyn, and Le Harpe. During the Enlightenment, it became fashionable across Europe to name houses after a state of mind. In 1746, Frederick the Great, of Prussia, like some latter-day retiree to the English seaside, named his favorite palace Sans Souci—No Worries—which was written in gold letters above the door.

Wright detects ruptures in town planning and great social changes in the bestowal of house names. In 1762, London’s authorities began to number buildings, deleting centuries of coded symbols and allusive names. (For a long time, a perfumer in London would be identified by the civet cat on his sign.) Eighty years later, the spread of railways led to a construction free-for-all in the suburbs, as well as the florid era of Victorian house names. One of my favorite lists in Wright’s book is a collection of lawyers, from the 1882 post-office directory, with their orderly central London office addresses (22 Bedford Row) juxtaposed with their poet’s idylls on the edge (Rosemont, in Finchley). “I chose lawyers because they were the least romantic subset of people that I could think of,” Wright said. The thrill of social mobility and first-time homeownership rings out from the naming abandon of the late nineteenth and early twentieth centuries. Property speculators and the bourgeoisie grabbed at old-sounding British words and bodged them together in novel hybrids, like Thorne Blae—Blue Thorn, but with artisanal grammar. They did the same with place-name elements, fusing fashionable “Fern” with evocative “dale.” Wright describes this linguistic technique as “pick and mix,” an attempt to create new identities on old soil. “They are legitimizing themselves by giving themselves a rooted history,” she told me. “It doesn’t matter that it’s bogus. Most legitimizing histories are bogus.”

Wright grew up in Wealdstone and Barnet, North London neighborhoods on the farther reaches of the Tube system. “I’m a suburban girl,” she told me. She was born in a house named Fayre House, complete with rusticated “Y” and “E,” on Barnet High Street. Her father mended watches. Like most British people, she grew up surrounded by house names and, consciously or not, learned to read them as class signifiers of the people that lived behind them. There is a social chasm between matching bungalows named Oak Lodge and Jeannette. “I had this strong visual sense of the hierarchy, what is posh and what is not posh,” Wright recalled. (It can be a subtle game of signalling: my grandfather sold fat to bakers in Kent. When he and my grandmother bought their first house, which was called Old Moorings, they renamed it Langford, an aspirational, rural, “pick and mix” name, which they had already given to my father as a middle name. They named their son for a place, and a respectability, they hadn’t yet obtained.)

In the hierarchy of names, Wright had always been confident that “Sunnyside,” which became popular during Britain’s interwar housing boom, was at the naff end. But, in 2011, she came across the name, dating from 1872, on a grand villa in Ealing, in West London, bestowed by a British Army general. “It was shocking,” Wright said. “As a kid growing up in Wealdstone, to me ‘Sunnyside’ was the tackiest of the tacky.” The second half of Wright’s book follows the name back to the old Norse practice of solskifte—dividing land between sunnier and shadier sides—which mostly predates documentary evidence but lives on in the names of ancient farms in Scotland and northern England. “We’ve got deep-time farmers, I mean, before writing,” Wright said. “They are telling us something about how they divided up their land and how they bequeathed it.” In the eighteenth century, Sunnyside was used by Quakers and other nonconformist religious households, who often had Scottish heritage. (These communities then brought the name to hundreds of new churches in the United States.) Sunnyside went mass market only in the eighteen-forties, after Washington Irving gave the name to his farmhouse near Tarrytown, in upstate New York, and images of its gables, piazza, and “Spanish Tower” circulated in the American press. Wright triumphantly traces Irving’s appropriation of the name to a visit to Walter Scott’s own confected castle, Abbotsford, in lowland Scotland, in 1816, where there was an old Sunnyside farm standing not far away upon a hill. 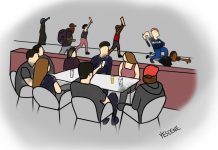 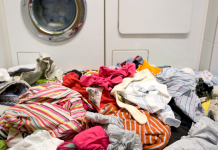 New Glitches in the Matrix

“Quiet No More” Shows How Grief Can Become Activism 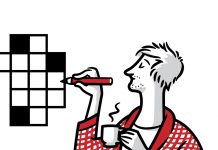 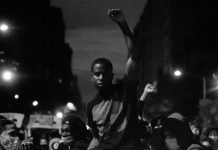 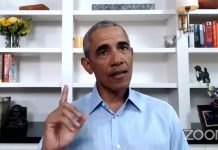 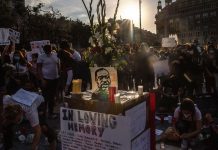 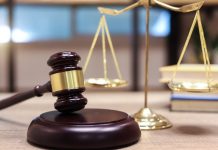