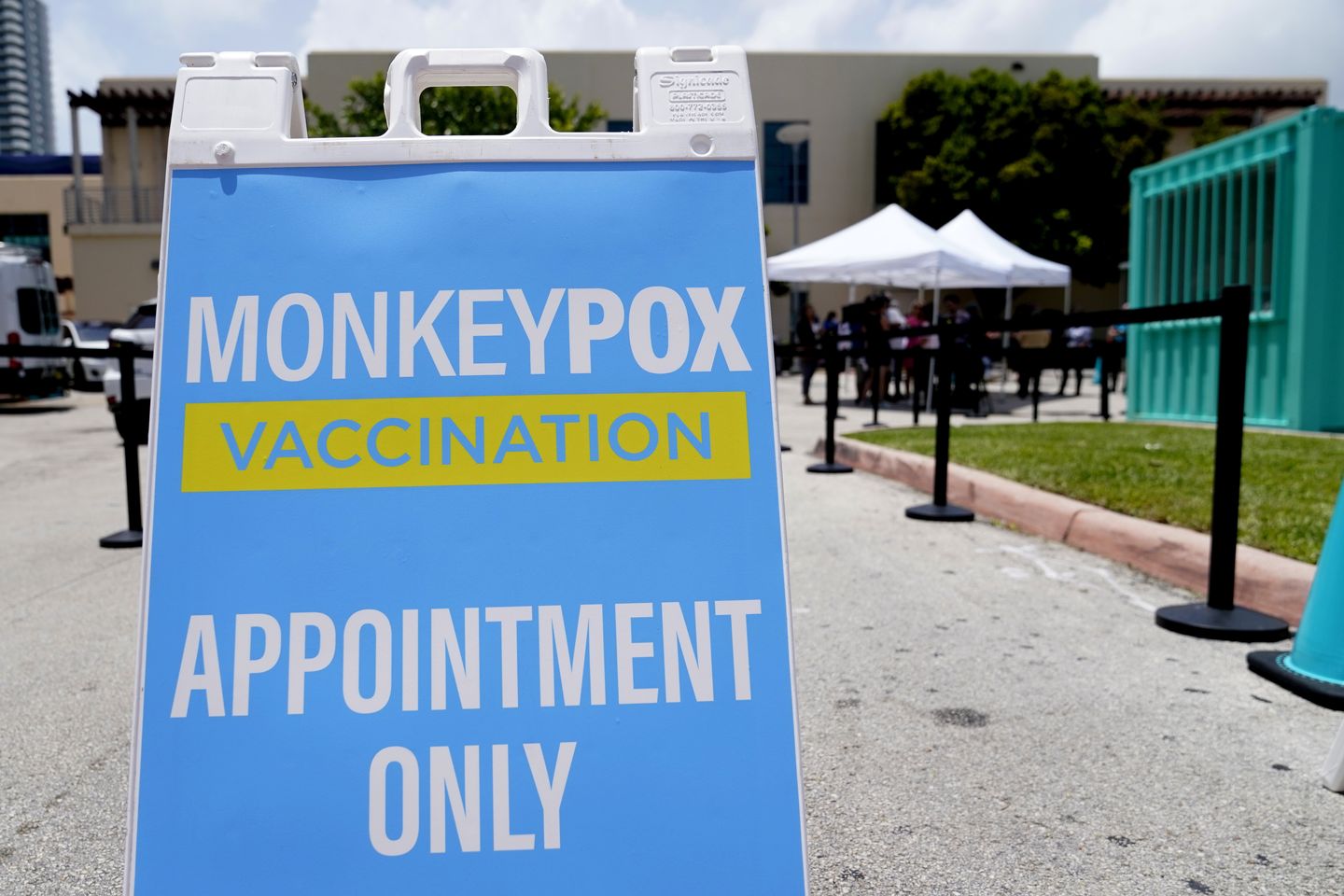 The Biden administration said Thursday it will try to super-charge its monkeypox response by making an additional 1.8 million doses of the Jynneos vaccine available to states, starting Monday, and setting aside tens of thousands of doses for places that are hosting gay pride events.

Officials will also deliver about 50,000 courses of the TPOXX treatment for the disease — an amount that is nearly four times as many courses as confirmed cases in the U.S.

“We are working to meet demand wherever we may find it,” White House monkeypox coordinator Robert Fenton said.

Mr. Fenton said states will be able to request federal assistance if they need help administering the vaccines.

“More shots in arms is how we get the outbreak out of control,” he said.

Mr. Fenton said the announced dose amounts were counted in accordance with the new dosing strategy in which the shots are delivered just below the top layer of skin. That means each vial counts as five doses. The vaccine is given in two doses, four weeks apart.

The administration is under intense pressure to wrangle monkeypox, which is endemic to parts of Africa but started spreading in the U.S. and other non-endemic countries in mid-spring.

The Centers for Disease Control and Prevention has recorded more than 13,500 cases of monkeypox across the country and experts say it would be a remarkable public health failure if the virus becomes a fixture in the U.S.

The virus is related to smallpox and features a rash with painful lesions. A small percentage of cases are fatal, though the CDC hasn’t reported any deaths in the U.S. this year.

Most of the cases have been in men who have sex with men.

The virus spread through close personal contact, which can include sexual contact, but it is not classified as a sexually transmitted infection.

The Biden administration has been careful to say that anyone can get monkeypox to avoid stigmatizing the gay community, but it is focusing resources on gay social networks that have been hit the hardest.

CDC Director Rochelle Walensky said extra doses of the vaccine will be delivered to states holding gay-pride events based on the size and nature of the event and the event’s ability to reach those who are most vulnerable to the virus.

Already, the administration said it is supporting North Carolina, Georgia and Louisiana health departments ahead of significant LGBT events in their states.

For instance, it developed vaccine plans with North Carolina ahead of the Charlotte Pride Festival & Parade this weekend.

Mr. Fenton said they will work with states to ensure that people who get an initial dose of the vaccine at an event in one state get their second doses in their home states.

The administration also defended its decision to recommend delivering the vaccine intradermally to get a comparable immune response while stretching available doses five-fold by using less of each vial in the shot.

Officials said they were concerned because states were starting to offer only one dose of the two-dose vaccine under the normal delivery method.

“Yes, this has been fluid, but we have been in close touch with our state and local health department,” Dr. Walensky said.