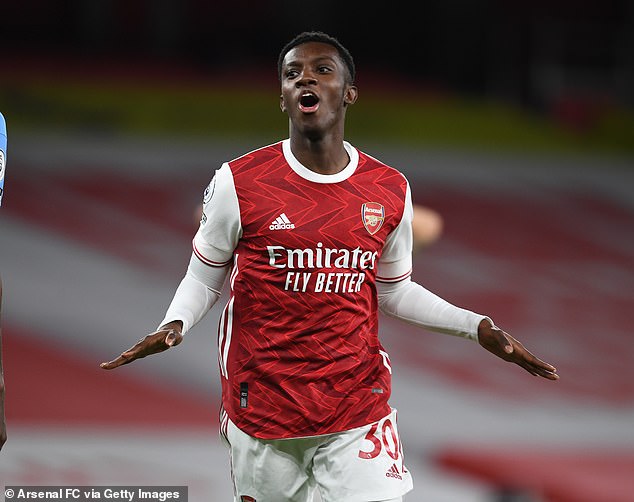 West Ham are targeting Arsenal striker Eddie Nketiah as a potential replacement for Sebastien Haller, according to reports.

David Moyes is understood to be a long-term admirer of Bournemouth striker Josh King and the east London club were strongly linked with a move throughout the summer transfer window just gone.

West Ham are targeting Arsenal striker Eddie Nketiah this month, according to reports 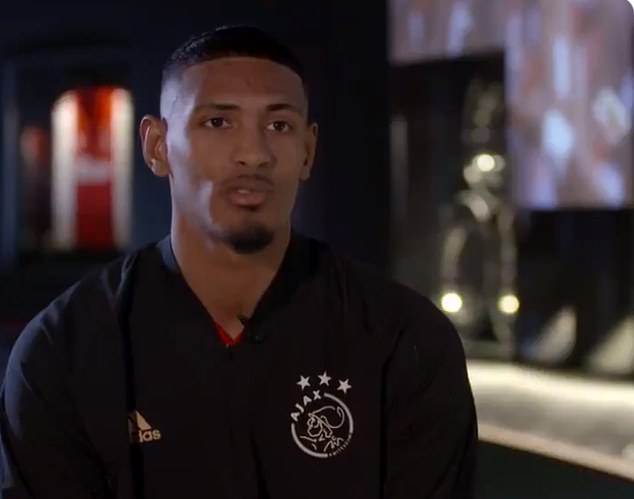 But according to the Evening Standard, young Arsenal striker Nketiah has been identified as a potential incoming this month as the 21-year-old enters the final 18 months of his contract in north London.

Nketiah has started just three matches for Arsenal in the Premier League this season with the England Under-21 international firmly behind the in-form Alexandre Lacazette and club captain Pierre-Emerick Aubameyang in the striking pecking order.

The striker scored the winning goal in Arsenal’s league victory over West Ham in just the second match of the season, but the youngster had to wait for his opportunity after starting on the substitutes’ bench. 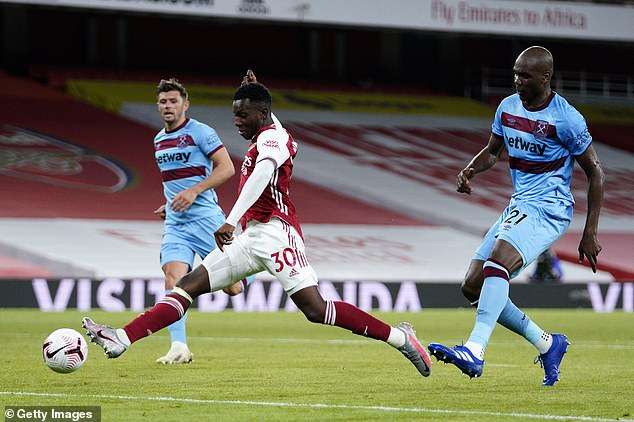 Nketiah has fared slightly better in the Europa League regarding game time, scoring three times in six European games this season as the Gunners won every single group stage game to reach the knockout stages.

This season, Nketiah became the all-time leading scorer at England Under-21 level by scoring his 14th goal for the Young Lions, one clear of Alan Shearer and Francis Jeffers’ joint-record.

Nketiah could be one of two young Arsenal strikers to leave the club this year as promising forward Folarin Balogun has entered his final six months of his Gunners contract. 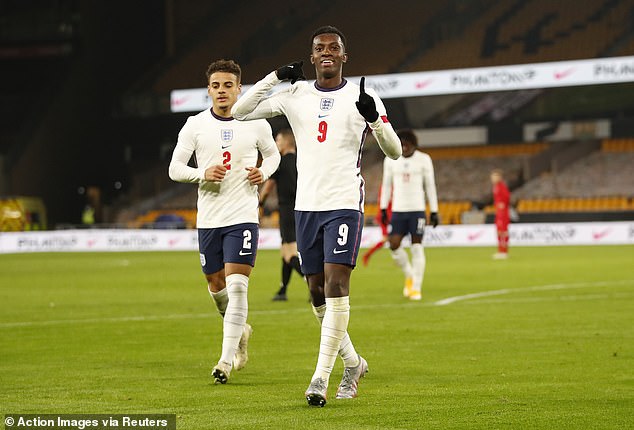 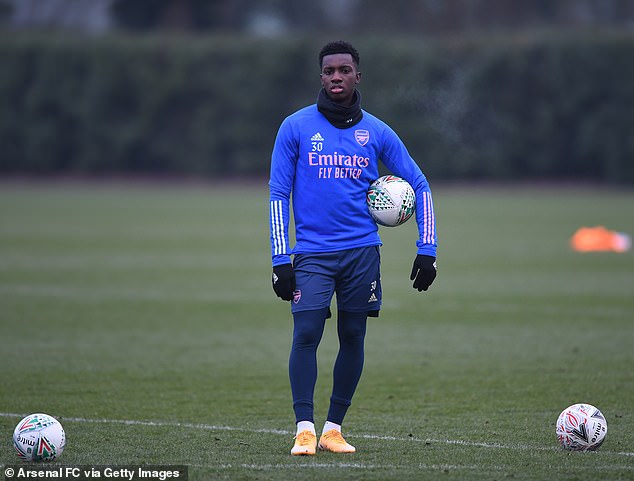 The 19-year-old made his Arsenal professional this debut earlier this year and scored his first career goal against Molde in the Europa League but reports this week linked Balogun to a pre-contract agreement with a foreign club.

Arsenal boss Mikel Arteta has been very vocal about his desire to keep Balogun at the Emirates Stadium via an extension to his deal.

‘Well we’re having some discussions with the player. He knows that we want to retain him at the club,’ said Arteta recently. 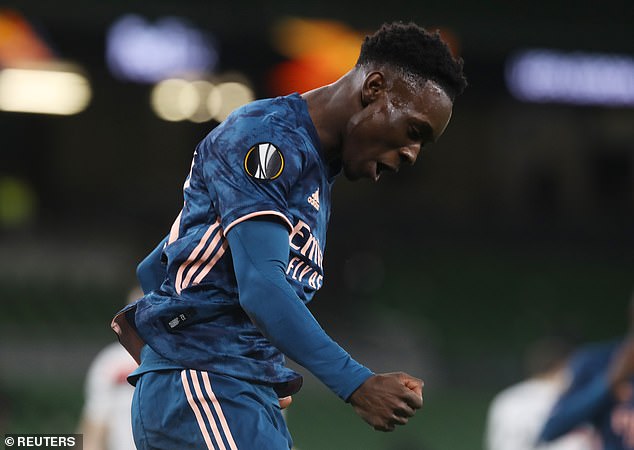 ‘We know that the length of his contract at the moment is an issue but we’re trying to resolve it the best possible way. We want him to stay.

‘He said to me that he wants to stay at the club hopefully we can reach an agreement and extend his contract.’ 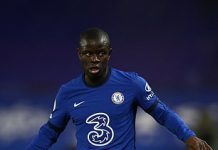 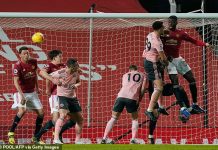 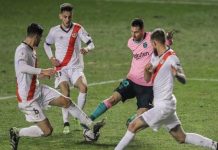 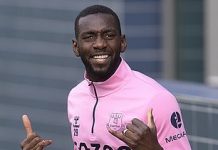 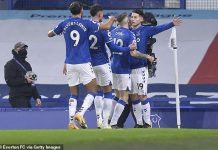 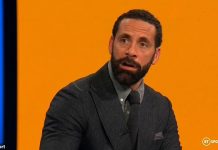 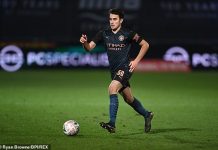