For the foreseeable future it isn’t safe to gather in numbers. Rituals that used to be full of conviviality are now epidemiological threats. Birthday parties have been cancelled, weddings were delivered hastily in backyards with the guest list whittled to five choice people before the next restriction kicked in. One man met his grandson for the first time standing outside the closed hospital window while his son-in-law held the baby up to the glass.

It’s a tragic loss that our rituals will be casualties of coronavirus but the worse casualty would be more people, so we’ll do as we’re told and hold our children up to the glass. Yet trying to do these things in isolation has made me realise how much they depend for their meaning on being done together.

On one of the last days before things got really bad I went to mass. I don’t go to church much any more but some habitual part of me had wanted familiarity, and it was Ash Wednesday, so I went along and got the cross swiped on my forehead by a priest with a friendly flat gardener’s thumb. A lot of other worshippers were as out of practice as I was, judging by how much we all bungled the sit-stand-up-down choreography of Catholic mass. Messing up over and over again we started catching each other’s eyes and laughing; we nodded when we passed an hour later on the footpath. It wasn’t just that we’d all gone to mass, it was that we’d all gone to mass together. Seeing each other and being seen was so much a part of what we were there to do.

It’s the same for so many of the rituals we’re suspending. The point isn’t that we want each other around for our rituals, it’s that the ritual is having each other around. We don’t enact these symbolic performances just for their own sake, we do them because when they’re done in front of groups they take meaning from our togetherness.

The mother who labours over a mouse-shaped cake from the Women’s Weekly so her five-year-old can huff and puff the candles out; the 20-year-olds who squeeze themselves into ill-fitting suits and heels for each other’s 21sts, the bridesmaids obligingly wear their matching aubergine or sienna – all are playing their part in familiar performances that rely on an audience. When we do them together the performance becomes a kind of alchemy. Being asked to do them with just one or two people can make it feel as though the gold isn’t quite being spun.

What’s worse, the reasons we can’t hold these gatherings right now are exactly why right now we most want them. What could be more natural during crisis and uncertainty than the urge to make our joy and love and sorrow visible in groups, proving to ourselves and each other that we’re not alone? What could be better salve right now than shutting off the parts of us that are thinking so much and choosing so carefully, and letting well-worn habit take over, blowing out the candles or filing into church in rows? Part of the joy of these things is surrendering our thinking individual selves; part of what we surrender to is each other. We risk losing that by being apart.

Which is why I’m really hoping we get wise to this and come up with rituals that make sense inside social isolation. We should work out our own playbooks, inside our own families or close groups of friends, so that we’re not entirely without these performances. We should find symbols that can be the digital, socially distanced equivalents of blowing out the candles; things that will become habits and patterns and comforting repetition to let us salvage some moments of social alchemy.

These new digital Netflix-watching parties and first dates over FaceTime are sweet ways of connecting but for now they’re all novel; they don’t have the well-worn familiarity that would mean they can really replace the rituals we’re losing. Time will help. Anything becomes a ritual if you do it long enough. But we should know that we aren’t just on the hunt for ways of connecting; we’re on the hunt for ways of connecting that can become habits, that will wear a groove into our brain in the same way that singing carols did, or raising a glass at a wedding.

Just this morning a fleet of cars drove past my apartment building hanging streamers and party hats out the window, beeping and honking and playing mariachi tunes. If they do that every week we’ll know when to stand by the windows and wait. We’ll have a moment of togetherness that didn’t need us to do anything other than turn up and follow the script. By now we’ve all phoned our friends on FaceTime and made dinner or watched a movie together; if we do that regularly enough it will become the kind of thing we don’t need to think about.

What matters is that we have a script, not that it’s the same script we’ve always used. We should find new patterns and repeat them, we should find new symbols and live in them. We should refuse to let this virus drive us apart in any sense but the literal one. 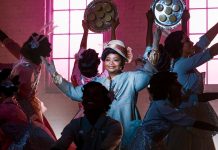 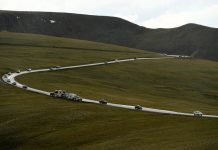 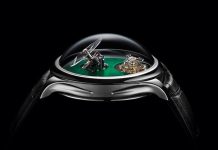 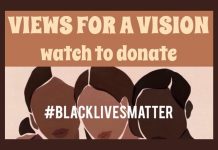 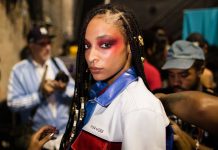